JEDI Cloud: Does one size fit all, and if so, should it?

This week, the Defense Department issued a second draft JEDI Request for Proposals (RFP) and provided its answers to the questions submitted in response to the first draft. DoD’s response included a memo to its “Industry Cloud Partners” (the cover memo) which attempts to explain and provide additional context for its decision to pursue a single award strategy. Unfortunately, the second draft RFP, answers to questions and the cover memo raise more questions regarding DoD’s justification for a single award strategy.

While the second draft RFP makes minor changes to the solicitation, including clarifying certain terms and conditions, Section M continues to provide for a single award rather than multiple awards. The answers to the questions on the first draft RFP provide little insight into DoD’s underlying justification for this approach. At the same time, however, the cover memo attempts to address the monopoly concerns associated with a single award strategy, stating, in part, that the “JEDI Cloud is intended to be available enterprise-wide and complementary to other existing cloud initiatives. It will not preclude the release of future contracting actions.”

The cover memo’s vague assertion of an intended “complementary” approach, however, stands in stark contrast to the fundamental reality of the JEDI Cloud, specifically, its breathtaking scope. Section 2.0 of the draft JEDI Statement of Objectives (SOO) sets forth a department-wide solution for all business and mission operations across all classification levels. It includes “all Military Departments, DoD Components, the Defense Intelligence community, the Office of the Secretary of Defense, the U.S. Coast Guard, the Intelligence Community, international allies and partners; and contractors supporting defense business and mission operations.” In essence, it is complementary because it is everything.

(i) The task or delivery orders expected under the contract are so integrally related that only one source can reasonably perform the work;

(ii) The contract provides only for firm-fixed price (see 16.202) task or delivery orders for—

(iii) Only one source is qualified and capable of performing the work at a reasonable price to the government; or

(iv) It is necessary in the public interest to award the contract to a single source due to exceptional circumstances.

As explained below, based on the current public documents and statements by DoD, none of these independent statutory/regulatory requirements for a single award apply to the JEDI Cloud acquisition.

Second, as DoD has indicated in its public statements and responses to industry questions, it maintains that there are multiple sources capable of performing the work at a reasonable price. Third, DoD has not indicated that it will justify a single award based on the public interest necessity due to exceptional circumstances.

Finally, the RFP does not provide for firm-fixed-price task orders for services for which prices are established for specific tasks to be performed. The three pricing scenarios include variable functions/services performed that are not priced in the contract as specific tasks to be performed. For example, the RFP’s pricing tables include the following service CLIN description:

Unclassified offerings of professional technical support to advise and assist with architecture, usage, provisioning, and configuration of IaaS and PaaS. Package services may advise and assist with integration, aggregation, and orchestration of cloud services. Package includes training services, materials, and documentation of available services. This is not a labor-hour based CLIN.

This description does not provide for prices for specific tasks to be performed (e.g. unit price to change the oil, price to mow the lawn). Rather, this CLIN description sets forth a series of variable, potential tasks bundled to together. It is telling that the CLIN description includes an affirmative statement that “it is not a labor-hour based CLIN” since a labor hour contract/task order is not a firm-fixed price. Here, the RFP is elevating form over substance in an effort to support a determination for a single award.

To date, DoD has not publicly released the written determination required by FAR 16.504 and 10 U.S.C. 2304a. In the interests of transparency and accountability, the determination should be made public. The continuing questions and uncertainties surrounding the JEDI single award acquisition strategy validate the congressional mandate that DoD submit a report to the House Armed Services Committee and the Senate Armed Services Committee on the JEDI cloud computing services RFP.

In closing, it should be remembered that the JEDI program, expected to be a 10-year multi-billion dollar contract, is unequivocally a significant program. Given the immense value and performance period of the contract, it is still unclear why DoD would opt for a single award approach rather than continuing competition and incentivizing innovation through a multiple award contract. For JEDI to be successful, the Coalition believes that DoD’s decision needs to be understood by all stakeholders and compliant with fundamental laws in the government market space. 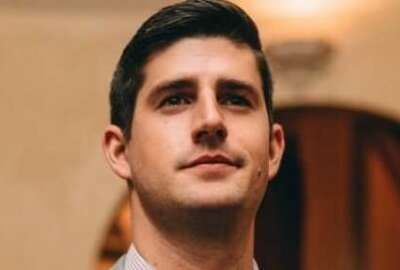 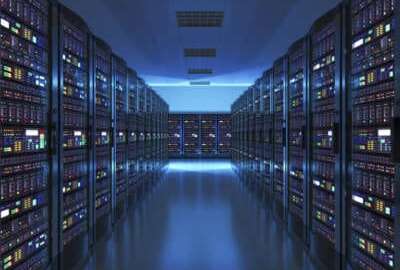