How recent decisions could change the landscape for small businesses 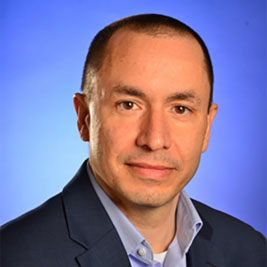 Is a task order a contract and thereby subject to the Rule of Two? This issue has been heavily debated — all the way up to the Supreme Court. Yet another agency level decision has been issued that could affect how agencies procure, which could impact small businesses and their ability to compete for federal contracts.

The Government Accountability Office recently issued a decision on the matter of American Relocation Connections, LLC, which on its...

Is a task order a contract and thereby subject to the Rule of Two? This issue has been heavily debated — all the way up to the Supreme Court. Yet another agency level decision has been issued that could affect how agencies procure, which could impact small businesses and their ability to compete for federal contracts.

The Government Accountability Office recently issued a decision on the matter of American Relocation Connections, LLC, which on its surface seems to contradict a general consensus that the Supreme Court’s Kingdomware decision is applicable beyond the Department of Veterans Affairs and should result in a change in how the Small Business Act is interpreted, especially as it pertains to acquisitions above the micro-purchase threshold and below the simplified acquisition threshold, and especially when acquiring goods or services from federal supply schedules.

Now that is a mouthful and sounds super complicated, but since I am not a lawyer, but am intimately familiar with this issue (I ran the federal government’s small business programs for almost seven years), I will take a stab at clarifying the arguments for us “non-legal eagles.”

First let us take a high-level view of what the overall issue is. At its core, the issue is centered on setting aside procurements (i.e. federal contracts) for the small business community. The Small Business Act requires that the federal government provide “maximum practicable opportunity” to participate in the federal procurement process. This results in small businesses receiving over $90 billion in annual set-aside contracts, which is roughly 24 percent of all federal spending. This process is enforced by the Rule of Two, which basically states that a procurement shall be set-aside if two or more small businesses can provide the product or service at a reasonable price.

Where the complication comes in is that more and more, the federal government has been making purchases off of federal supply schedules (FSS), such as those run by the VA, the General Services Administration and NASA, or under indefinite deliver/indefinite quantity (IDIQ) contracts and multiple award contracts. Once the parent contract is issued and negotiated, task orders are issued under the parent contract to procure goods and services. Agencies have argued that task orders are not contracts and therefore should not adhere to the Rule of Two.

This has been common practice — and some believe a loophole — for buying activities to circumvent the underlying intent of the Small Business Act. In other words, some agencies use schedules as a way to bypass the Rule of Two, and issue contracts to large firms even when two or more small businesses exist that can provide the product or service at a reasonable price.

Now enter Kingdomware v. U.S.; I won’t bore you with the legal details of the case, but the Supreme Court found unanimously that a task order issued under a FSS is a contract! Some want to argue otherwise; some want to add additional language at the end of the statement I just made: “for purposes of applying the requirements of the 2006 VA Act.” That is certainly not my interpretation, and was not our interpretation in 2016 at the SBA when we issued a memorandum to all of our field staff clarifying that task orders issued under IDIQs, including the FSS, should be considered contracts and subject to the set-aside requirements of the Small Business Act.

Indulge me for one more minute as the waters become just a bit murkier. So, although I would argue that all task orders should be subject to the Rule of Two, we did have a statutory provision in the Small Business Jobs Act of 2010 which made set-asides on task orders discretionary if the value of the task order was projected to be above the simplified acquisition threshold (SAT), which was recently increased to $250,000.

Summarizing the above requirements equates to something like this:

Rule No. 1:  All contracts must follow the Rule of Two and be set-aside for small businesses if market research indicates that two or more small businesses can provide the product or service at a reasonable price.

Rule No. 2:   All task orders issued under multiple-award IDIQ contracts, and valued below the SAT must follow rule No. 1.

Rule No. 3:  For task orders issued under multiple award contracts that are valued above the SAT, set-asides are at the discretion of the contracting officer.

This is a simple approach that I argue should be implemented across the federal government. I also don’t believe that the above interpretation of statute, rules and the federal acquisition regulations are contradicted in the GAO ruling I mentioned at the start of this article. In particular, I would emphasize the following paragraph from GAO’s decision on the matter of American Relocation Connections, LLC:

“As discussed above, however, [Customs and Border Protection] states that the award is anticipated to be above the simplified acquisition threshold; the protester does not dispute this representation … For this reason, any interpretation of the provisions of 15 U.S.C. § 644(j), which apply to procurements below the simplified acquisition threshold, is irrelevant to this protest.”

So, in this case, GAO dismissed the protest, but one should not conclude that the dismissal was a determination or a precedent that set-asides of task orders under the Simplified Acquisition Threshold are not mandatory as a result of Kingdomware.

GAO simply dismissed the protest on the grounds that the anticipated value of the award was above the Simplified Acquisition Threshold, and therefore did not decide on the applicability of the Kingdomware decision beyond the VA and upon the Small Business Act.

In conclusion, buying activities across the federal government should be aware that there is a strong school of thought that task orders under the Simplified Acquisition Threshold must adhere to the Rule of Two, and that the Kingdomware decision, once and for all time, established that a task order is a contract. Small businesses should continue to fight the good fight to demand that the ruling of the Supreme Court is acknowledged and implemented in accordance with Congressional intent and the Supreme Court’s decision.

John Shoraka is the co-founder and managing director of GovContractPros, an advisory services firm specializing in federal procurement. John is the former associate administrator of Government Contracting and Business Development at the Small Business Administration. 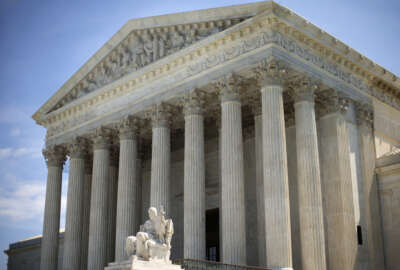 SBA and GSA, OFPP not seeing eye-to-eye on ‘rule of two’ application 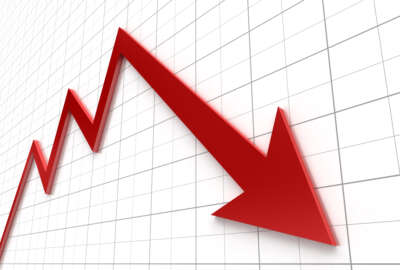