Can the civil service be broken?

The outcome of the planned moves should not be surprising. When the government does geographic moves of large numbers of employees, the result is virtually always the same — most of the employees do not go. Some people argue the USDA workers’ refusal to move is because Washington, D.C. is a government town and they don’t want to leave it.

The Washington Examiner reported that Office of Management and Budget director and acting White House Chief of Staff Mick Mulvaney said, “What a wonderful way to sort of streamline government and do what we haven’t been able to do for a long time.” Mr. Mulvaney said “Guess what happened? More than half the people quit. Now, it’s nearly impossible to fire a federal worker. I know that because a lot of them work for me, and I’ve tried. You can’t do it. By simply saying to people, ‘You know what, we’re going to take you outside the bubble, outside the Beltway, outside this liberal haven of Washington, D.C., and move you out to the real part of the country,’ and they quit.” Whatever one might think of Mr. Mulvaney’s policy positions, at least he has to get credit for saying what he really believes.

If the only time federal workers declined to move was when their jobs were moved outside of Washington, DC, Mr. Mulvaney’s observation might hold up. However, that is not the case. When the Defense Department moved large numbers of employees during the Base Realignment and Closure era, large numbers of employees declined moves out of “liberal” areas like the National Capital Region and “conservative” areas like Alabama, Mississippi and Texas. Federal workers are not declining jobs because of the politics of the area where they live. They are doing it because they have lives in those locations. They have family and friends, churches, civic organizations, and other ties. Most are in two-income households where packing up and moving is not so easy. And because the government has failed miserably at hiring young people, most federal workers are older and may decide that retirement (early or optional) is a better decision.

President Ronald Reagan attempted to freeze federal hiring retroactive to the day he was elected, and to outsource thousands of jobs. Many jobs were outsourced and the Supreme Court ruled that a federal job offer is not a binding contract.

The Clinton administration weakened the civil service by gutting federal human resources and contracting offices. The one thing those two occupations have in common is that they are responsible for carrying out the programs that deliver talent to the government, whether that talent is in the form of federal workers or contractors. Both disciplines are still recovering. The Clinton administration also outsourced thousands of jobs in an effort to, as they often bragged, “reduce the federal workforce to the lowest level since the Kennedy administration.”

From human resources to helpful robot — how AI may transform HR

Is it time to leave government? 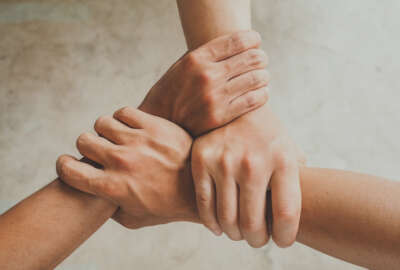 President George W. Bush attempted to weaken the civil service through MaxHR at the Department of Homeland Security and the National Security Personnel System at the Defense Department, and by continuing to outsource jobs.

Even though President Barack Obama’s administration was generally pro-civil service, Obama froze federal pay and gave the Presidential Personnel Office what many would consider to be an inappropriate role in management of the Senior Executive Service.

Democrats may be more friendly to the federal workforce, but politicians of both parties seem to always tilt in favor of what they think will get them reelected, and criticizing “unelected bureaucrats” is something they think works. Political appointees of both parties often come into government with the idea that the career civil service is the enemy, because they offer information that might show that proposed policies have been tried and failed, or are not supportable by data.

I have heard people say that relocating employees out of the National Capital Region is just like BRAC in DoD, so what’s the big deal? The difference is that BRAC was specifically designed to be a nonpartisan process. Even more simply put, it was a process. There was extensive data collection. Stakeholders were consulted. Public hearings were conducted. A committee of experts made recommendations. The entire process was transparent, and data-driven, so it had credibility.

In the past 40-plus years, presidents and their administrations have chipped away at the foundations of the career civil service. Some have done lasting damage. Each time an administration weakens the civil service, it diminishes confidence in government. There is a real risk that continued moves to weaken the civil service will eventually break it and return us to some degree to the spoils system. In the pre-Pendleton Act government, people were hired solely because of their support for politicians and their financial backers. It was common to see ads in the papers seeking federal jobs. Qualifications were irrelevant. Commitment to the mission of an agency and even to the Constitution were not a concern.

The spoils system that existed before the Pendleton Act established the career civil service was something few Americans would want to see. Imagine a Labor Department where the Bureau of Labor Statistics is staffed with political sycophants who are beholden to the political leadership for their jobs. Want lower unemployment numbers? Boom! You have them. Want to drive pay down everywhere, not just in government? No problem, the data on pay levels can be made lower. Imagine a DoD spending billions of our tax dollars to feather the nests of their political patrons.

Some folks might say that is OK, as long as their party is in power. But what happens when their party is out of power? And what happens when tens of thousands of federal managers hired through a spoils system do whatever they want? No president has the ability to monitor all of those people. Corruption was the result prior to the Pendleton Act and it would be the result now.

Some people would argue that the difficulty in firing federal employees makes it necessary to radically change the system. Much of the difficulty in firing federal workers is deliberately designed into the  career civil service. If it is too easy to fire employees, the likelihood of a spoils system increases. Even if there isn’t a real spoils system, employees who fear they will be fired if they do not pander to the political appointees will produce a similar outcome.

If we want a government that works, that functions effectively and makes policy based on facts rather than politics, a strong career civil service is the only alternative that has been proven, both in the U.S. and in other democracies, to get the job done.