VA workers are the US health care system’s fail-safe. Why isn’t the VA listening to them?

Veterans Affairs workers like myself have a solemn duty to serve and protect veterans — men and women who have sacrificed for our nation. Another important if lesser known responsibility we have is part of the VA’s “Fourth Mission”, which is to improve the country’s preparedness for national emergencies.

In March and April, when hospitals in New York were overwhelmed with COVID-19 patients, VA workers stepped up to help. Now, as more states around the...

Veterans Affairs workers like myself have a solemn duty to serve and protect veterans — men and women who have sacrificed for our nation. Another important if lesser known responsibility we have is part of the VA’s “Fourth Mission”, which is to improve the country’s preparedness for national emergencies.

In March and April, when hospitals in New York were overwhelmed with COVID-19 patients, VA workers stepped up to help. Now, as more states around the country see an increase in new cases and hospitalizations, VA workers – a third of whom are veterans themselves – are once again being called upon to provide critical support to bolster strained public hospital systems.

Yet many VA workers are concerned that VA officials in Washington, D.C. won’t do what is necessary to ensure we can do our jobs and keep veterans safe. That’s because the response to the pandemic from VA Secretary Robert Wilkie and the Department of Veterans Affairs has been an unmitigated disaster.

At the start of the pandemic, VA facilities across the country faced severe shortages of Personal Protective Equipment (PPE). VA officials have downplayed the risks that front-line workers have to deal with in order to avoid paying hazard pay and workers compensation when nurses get COVID-19 on the job. They’ve also neglected to standardize policies around telework and leave, leading to unsafe conditions and a patchwork of policies that put VA workers and veterans at risk.

Meanwhile, when VA workers speak out about these issues, the response from Secretary Wilkie and the Trump administration has fallen on deaf ears. When workers raised the alarm about PPE shortages, officials publicly denied the shortages existed and only acknowledged them once internal memos were leaked to the press. More recently, when a VA nurse from Michigan who contracted COVID-19 on the job spoke out about the VA’s mishandling of the crisis and the need for a better union contract for VA workers, Secretary Wilkie published an op-ed dismissing her and attacking the union that represents over 270,000 VA workers nationwide.

Despite the ongoing issues facing VA facilities across the country, VA workers continue to step up and care for veterans. Meanwhile, over 2,300 VA patients have died of COVID-19 and 50,000 have tested positive. Over 4,500 VA employees have also tested positive and 54 have died from the virus.

At the VA facility in Hampton, Virginia where I work, we’ve had 75 positive cases among staff. It took me two months to get approval for telework. I’ve had multiple coworkers call me in tears not knowing what to do. Local management and VA leadership haven’t listened when we speak up about the issues we’re facing, so we’ve had to resort to contacting our congresspeople and the Occupational Safety and Health Administration (OSHA) instead.

VA leadership’s bad faith approach to the protracted contract negotiations has compounded the frustration of VA workers like myself, who have faced dangerous conditions at the facilities we work in during the coronavirus pandemic. Separating the two – the issues VA workers are facing during the crisis and our need for a fair contract – may be beneficial to Sec. Wilkie and the Trump administration, but it defies logic and disrespects the sacrifices VA workers have made.

If Secretary Wilkie supports VA workers as he claims to, then he should listen to our concerns about PPE shortages, hazard pay, testing, telework and leave, and if he truly wants to work together with VA employees, then he should come to the table to negotiate a fair collective bargaining agreement. 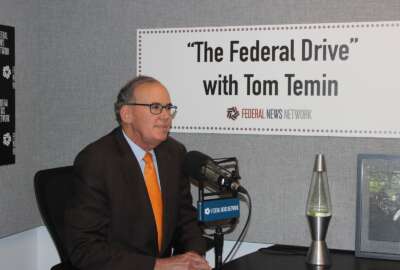 How did VA do with rescheduling appointments canceled because of the pandemic?