The Department of Veterans Affairs is eyeing yet another large-scale modernization effort — this time an overhaul to the legacy systems it uses to administer education and housing benefits under the GI bill.

The department is asking Congress to reprogram some $243 million from the funds it received under the Coronavirus Aid, Relief and Economic Security (CARES) Act...

The Department of Veterans Affairs is eyeing yet another large-scale modernization effort — this time an overhaul to the legacy systems it uses to administer education and housing benefits under the GI bill.

The department is asking Congress to reprogram some $243 million from the funds it received under the Coronavirus Aid, Relief and Economic Security (CARES) Act this past spring to overhaul its education IT services.

“When veterans call us, we know everything about them on the phone,” Lawrence said.

The department will also purchase high-tech computing power, which will allow VBA to instantly calculate veteran educational benefits. And finally, VA will acquire enough data capacity so it has quick access to information about its beneficiaries and colleges and universities.

VA estimates it will take between two-to-three years to complete the effort. The $243 million reprogramming request is just one piece of the investment VA hopes Congress will make. The department doesn’t yet have a total estimate of how much the entire digital GI bill modernization effort will cost.

A December 2019 visit from VA education services staff to Congress last year made that point known to lawmakers.

“VA claims processors use more than a dozen systems, — many of them decades old — toggling back and forth between screens, manually transferring data from one system to the next and taking and storing screen shots for audit purposes,” said Susie Lee (D-Nev.), chairman of the House Veterans Affairs Subcommittee on Technology Modernization. “The inefficiency alone is problematic, not to mention the risk of error in data entry and the impact of those errors on our veterans.”

For VA, the new effort represents a shift from the way it’s handled past IT projects, including the failed implementation of the Forever GI bill from 2018, which gained widespread criticism from Congress and veterans organizations.

VA eventually pushed Forever GI bill implementation back a year and met deadlines back in December. Now, Lawrence said VBA is using the lessons it’s learned from those efforts to inform the latest project.

For example, he said VBA will use the same governance structure to manage and oversee the digital GI bill project.

The Mitre Corporation, which VA hired last year to help implement outstanding provisions of the Forever GI bill, will again serve as a program integrator to monitor the schedule, ensure the business requirements and resolve technical issues.

“It represents an opportunity to learn from the past and do things differently,” Jim Banks (R-Ind.), the subcommittee’s ranking member, said of the digital GI bill project. “It could be a break with the tired, old way of doing business that fails over and over but never seems to lose its hold over the federal government. We have seen it many times. An agency hires a traditional contractors, not a technology company, with notional requirements in hand. The contractors sells the agency a closed, proprietary system or worse builds one. The requirements fall apart and the scope creeps. The contractor burns millions of dollars just to keep the lights on. The project relaunches multiple times and eventually the agency lowers the goal posts or the whole effort gets canceled and we start all over again.”

Banks sees the current plan as a sign of a breakthrough for VA, if successful.

The modernization effort will also help VA more quickly respond to ever-evolving legislative changes to the GI program and adapt to the new environment the coronavirus pandemic has forced upon colleges and universities in recent months and for the foreseeable future, said Charmain Bogue, executive director for education services at VBA.

Congress in March passed new legislation into law, which gives VA the authority to continue administering GI housing benefits to veterans during the pandemic, even though they may be taking college courses virtually.

“We had to adapt quickly,” Bogue said. “This highlighted some of the severe issues we had in our space. We thought this was the time to leverage the CARES Act funds in order to reprogram those funds to education services to modernize our systems. There’s a direct correlation to COVID-19 and what’s happening in our country right now.”

VBA has spent the past six-to-seven months working with the department’s chief information officer and Mitre to hash out an acquisition strategy.

From the $243 million reprogramming request, $198 million would go to VBA. VA’s Office of Information and Technology would receive the remaining $45 million.

Jim Gfrerer, VA’s CIO, said the department’s IT investment board is mapping out what resources it will need to support the digital GI bill modernization.

“That has historically been a challenge,” he said. “In many cases the business will get the appropriated funding and IT will not, and that’s a problem.” 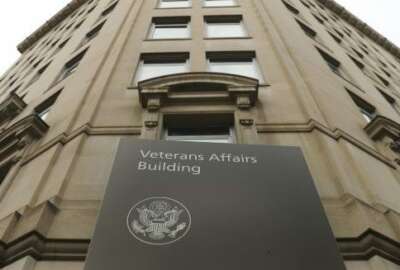 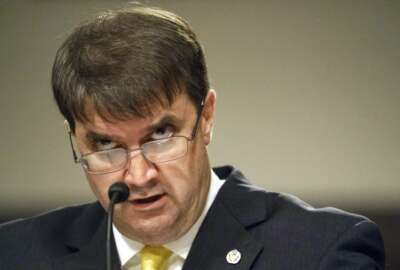