It’s taken the Department of Veterans Affairs several tries now to explain how exactly it will process education and housing benefits under the Forever GI Act, and some lawmakers are still confused by the agency’s plans to right the missteps.

The department is resetting its implementation of portions of the Forever GI bill, VA Secretary Robert Wilkie announced...

It’s taken the Department of Veterans Affairs several tries now to explain how exactly it will process education and housing benefits under the Forever GI Act, and some lawmakers are still confused by the agency’s plans to right the missteps.

The department is resetting its implementation of portions of the Forever GI bill, VA Secretary Robert Wilkie announced last week. Much to the frustration of some lawmakers and veterans service organizations, VA’s legacy systems couldn’t handle the changes the department needed to make in disseminating certain housing benefits under the new law.

Moving forward, VA will disregard any overpayments that it made to GI beneficiaries so far, Paul Lawrence, VA’s undersecretary for benefits, told the House Veterans Affairs Committee on Nov. 29. Within a year, VA will be ready to provide benefits using the rates described in the Forever GI bill.

All post 9/11 GI Bill beneficiaries will be made whole, retroactively if necessary, for their housing benefits during this academic year based on the current law’s rates.

“Each and every, and I mean every single veteran, will be made whole for their housing benefits this year,” Lawrence said. “The rates we are providing for the current year [are] uncapped DoD basic rates for housing allowance based on the location of the school’s main campus, rather than the physical location of the student. For many students, the DoD-VA rate will be equal to or higher than their current payment.”

VBA still doesn’t know exactly how many veterans would be overpaid using this approach for the current academic year, because the agency’s IT systems aren’t yet ready to make that determination. Regardless, VA will disregard any overpayments, Lawrence said.

Still, the department’s approach prompted confusion among committee members and called into question whether the new approach VA announced it will take over the next year actually complies with the specifics in the Forever GI bill.

“We stood up a system that didn’t work and paid people what we had paid them in the past, and we don’t know what we should have paid them,” Rep. Phil Roe (R-Tenn.), the committee’s chairman, said. “Am I correct? That’s pretty much what we did, because our IT system didn’t work.”

VBA will spend the next year — until December 2019 — developing an IT system, contracting support and other resources that will allow the department to process GI housing benefits for spring 2020 enrollments.

“We had real challenges with accountability, so I stepped forward and said I would be accountable for implementing the GI bill,” Lawrence said. “We had difficulties with the program management structure, so we will engage our federal funded research and development center, the special relationship with the Mitre Corporation, to provide conflict-free advice on the program integration, the schedule and [to] help us manage it.”

VBA will also look for an outside software developer and systems integrator to help the department prepare its IT systems for full implementation in December 2019, Lawrence added.

VBA made decisions too quickly, sacrificed speed for accuracy

The House Veterans Affairs Committee spent much of its time on the Forever GI bill at a hearing last week that was initially devoted to VA policy implementation.

But VA Inspector General Michael Missal said the department’s challenges in implementing the Forever GI bill stem from several overarching themes and root causes that were prevalent in other recent missteps, including the VBA’s handling of military sexual trauma claims and inaccuracies in processing certain disability benefits.

“The reoccurring deficiencies we identified are often the result of VBA leadership making management and operational decisions without fully considering and planning for potential unintentional consequences resulting from their actions,” Missal told the veteran affairs disability and memorial affairs subcommittee.

Rep. Mike Bost (R-Ill.), the subcommittee’s chairman, acknowledged Lawrence had inherited many challenges and longstanding problems before he joined VBA in May.

“You didn’t create the problem,” Bost said. “You have it to fix it though. Whatever you do, don’t make it worse, okay?”

Since Lawrence joined VBA, he said he’s drawing on his private sector experience to make a dent in the agency’s long-held cultural challenges.

“Decisions were made very quickly and probably without the right amount of expertise in the room to really appreciate it,” Lawrence said. “Slow things down so decisions are made more deliberately. I call it ‘go slow to go fast.’ We focus on fewer things, and we spend more time thinking about what the risks are and the potential unintended consequences. More importantly, or equally importantly, we have more people in the room to make sure we have voices.”

The agency is also reviewing how it can train more claims representatives to specialize in a particular topic area, like military sexual trauma. VBA wants more representatives to become an expert in a specialized field, with the goal of reducing errors and the possibility for confusion.

In addition, all 56 VBA regional offices have “coordinators” on military sexual trauma, who serve as guideposts for other representatives who work on these claims. The agency is also updating and finding new methods to train its employees, said Willie Clark, deputy undersecretary for field operations at VBA.

But for Rep. Mike Coffman (R-Colo.), overcoming bureaucratic challenges starts with removing the career leadership that has been at the agency the longest: the senior executives.

“In my discussions with Secretary [Robert Wilkie], he’s unwilling to make that commitment to do that, to look through these 400 positions where there’s objective failure and the inability to correct that failure by inspector general reports [and] by GAO reports,” Coffman said. “You will never change the culture of bureaucratic incompetence in the VA unless you’re willing to look through those 400 positions, where there’s a lack of competence, where problems are unresolved, you’re unwilling to make those hard decisions.

According to the most recent publicly available from the Office of Personnel Management, VA has 361 career members of the Senior Executive Service. VBA itself has 59.

“This is the same VA of the prior administration, just papered over with saying how great things are when they are not great,” Coffman added. 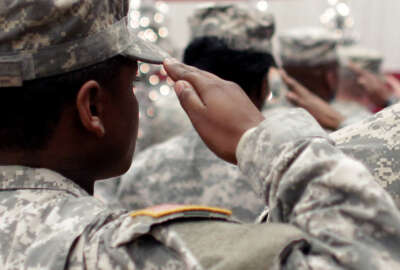 VA says it will miss Aug. 1 deadline to change GI Bill benefits due to IT challenges