Jan. 25 marks the one-year anniversary of the president’s issuance of Executive Order (EO) 14005, “Ensuring the Future Is Made in All of America by All of America’s Workers,” which, among other things, seeks to maximize the use of goods produced and services offered in the U.S. It also calls on government agencies...

Jan. 25 marks the one-year anniversary of the president’s issuance of Executive Order (EO) 14005, “Ensuring the Future Is Made in All of America by All of America’s Workers,” which, among other things, seeks to maximize the use of goods produced and services offered in the U.S. It also calls on government agencies to procure such goods and services, where possible, “from sources that will help American businesses compete in strategic industries and help America’s workers thrive.”

The Coalition generally supports government efforts to build-up and secure our nation’s manufacturing capacity and supply base. Our members also want to see domestic businesses compete and American workers thrive, as we have witnessed the risks of the alternatives. Of its many deleterious effects, the pandemic revealed the challenges our nation faces in meeting the health needs of citizens in an emergency, and, specifically, the reality that many of the critical supplies needed to protect the health and safety of Americans, come predominantly from regions and/or potential adversaries that present the risk of supply disruption. Similarly, the overseas manufacture of certain high-tech supplies, like microchips, presents risks not only to current production, such as in the automobile industry, but also to the nation’s long-term innovation capacity.

To address these concerns, the government should reevaluate and refocus the tools at its disposal, starting with the implementation of the Buy American Act (BAA). The BAA was enacted in the 1930s, under different political, national economic, and global trade circumstances than exist today. Thus, we are left to assess whether amending or reinforcing an old law domestic content regime is sufficient to address existing global circumstances and expand the nation’s manufacturing base. For instance, the elevation of content requirements and evaluation preferences for large and small businesses may result in expanding domestic manufacturing; or it may prompt vendors to game these new requirements by identifying supply chain inputs that reduce costs enough to overcome the price preference afforded to domestic suppliers. We just do not know. Further clouding the analysis is the potential for those successful in gaming content requirements to leverage supply inputs from source countries not designated under the Trade Agreement Act.

Similarly, the global threats this nation and others face from near peer adversaries suggest that any U.S. domestic sourcing requirement needs to be evaluated for its impact on the country’s necessary engagement with allies. Unlike in the past, when industry simply might argue parochial concerns over retaliation from other countries affecting its participation in those markets, local industrial capacity is in the mutual interest of the U.S., U.S. allies, and industry. The allied relationship between the U.S. and other countries is necessary to address common, evolving national and world threats. To address those threats, the U.S. and its allies need a dedicated, stable, and sustainable supply base. So too, to provide that dedicated, stable, and sustainable supply base, industry needs the independence from non-allied nations that only the strong pull of committed demand from the U.S. and its allies can provide.

Thus, expanding and securing national production based in the context of global realities may not be an issue of simply addressing U.S. domestic manufacturing. It actually may benefit U.S. national security by broadening and aligning that base by including allies more than we have in the past. Indeed, the global environment suggests that the U.S. government should be focusing on enhancing opportunities for alignment by considering a “Buy Allied” approach to the industrial base, at least for certain products. This approach would have the benefit of strengthening allied ties; expanding and coordinating allied innovation; incenting allies to avoid those sources of supply that introduce risk into the supply chain; and, equally as important, providing the necessary sustained demand to industry to incent its commitment to maintaining a stable base of supplies that the U.S. and its allies need.

In addition to identifying the potentially limited effect and utility in addressing national concerns by simply raising BAA content requirements and evaluation preferences, the foregoing suggests that, instead of amending the implementation of the BAA, it may be time for the administration and Congress to revisit the underlying statute to determine whether domestic and global security demands are being addressed sufficiently. The Coalition and its members welcome such an evaluation and offer their support promoting dialog to achieve a solution that addresses the new realities that the U.S. must face.

The Coalition for Government Procurement

The tyranny of low price and other challenges 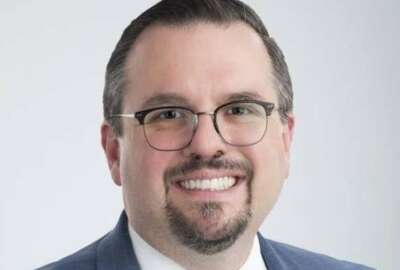