The early diagnosis of the Southwest debacle points to outdated technology and a recent culture of “starving” investments in this area....

The early diagnosis of the Southwest debacle points to outdated technology and a recent culture of “starving” investments in this area. The process to elect a new Speaker in the House portends the power of a few to disrupt normal fiscal operations in the government. Both events should be top of mind for agency CxOs, the Office of Management and Budget and congressional appropriators.

Government leaders likely are familiar with Southwest’s recent predicament. Most people don’t think about technology investments and retiring technical debt until the old systems get stressed by an exogenous shock. To wit, a pandemic hits, unemployment applications soar, but aging benefit systems can’t keep up with demand. Or a financial crisis hits, the federal government approves a massive loan program, but aging lending systems can’t properly keep track of the funds. When the legacy systems fail, leaders go into damage control mode, and promises are made to not let this happen again.

Bob Jordan, Southwest’s CEO, said after the widespread cancellations that the company would “double down on our already existing plans to upgrade systems for these extreme circumstances so that we never again face what’s happening right now.” Great, but where are my bags?

Government leaders are also familiar with the volatile and unpredictable resource allocation process that seems like a new normal. Stretching back to the mid-1990s, regular partisan battles over the federal government’s annual budget and the occasional debt ceiling fight ensured agency officials often operated in an uncertain environment with shutdowns, fiscal cliffs and sequestration becoming reality. The concessions made to resolve the recent Speaker showdown in the House, combined with a nearly evenly divided Senate, make it likely that funding instability will continue. A good example is the recent House vote to claw back $87 billion in funding for the IRS, which includes substantial funding for technology investments.

A promising partial solution to the twin challenges of technical debt and funding instability exists in the form of working capital funds. OMB memo M-18-12 implementing the Modernizing Government Technology (MGT) Act enabled “the authorization for all CFO Act agencies to establish ‘IT working capital funds,’” which are a type of revolving fund that can directly receive receipts agencies may spend for modernization priorities. In the five years since passage of the MGT Act, only three agencies are utilizing this authority. But, as reported last year, several additional agencies, including the departments of Treasury and Labor, are requesting the ability to create an IT working capital fund. Further, agencies such as the Department of Housing and Urban Development and the Environmental Protection Agency, are using existing working capital funds to address technology modernization.

Agency CxOs, OMB and appropriators need to align themselves around a core set of changes that foster greater adoption and use of working capital funds for technology modernization. While the MGT Act was a significant achievement, it doesn’t do enough to increase agency transfer authorities. Legislators are understandably reluctant to grant too much freedom in this area. A possible path to agreement is that, in exchange for granting greater transfer authority to agencies, appropriators will get greater transparency and visibility into how working capital funds are being used to retire technical debt. OMB and agency leaders should provide this transparency and visibility along with a common set of investment success criteria, perhaps using the existing Technology Modernization Funds criteria as a baseline, so all the stakeholders are speaking the same language.

A good start would be an addition to OMB’s publicly available IT dashboard that specifically focuses on retiring federal technical debt, last estimated at $7 billion in 2016 and surely due for a refreshed estimate. The dashboard continues to show a stable split between operations and maintenance (O&M) and development, modernization and enhancement (DM&E) spending, with O&M accounting for more than 75 cents of every dollar spent. Such a spending mix is not a prescription for retiring technical debt. A simple “technical debt reduction target” and list of “top 10 O&M spenders” tracked by agency and governmentwide would help agency CxOs, OMB and appropriators focus the discussion on how to use working capital funds to drive more DM&E spending, with an emphasis on modernizing the systems that provide the greatest payback.

While compromise and common ground seem in short supply these days, technology modernization is one area where bipartisan cooperation has been possible. Progress in this area is often incremental and this is the next logical step in addressing the federal government’s significant technical debt. The CEO of Southwest Airlines is in the enviable position of having control over the company’s IT investment strategy and resources. Federal technology leaders are not in such a commanding position, but greater use of working capital funds can help.

The recent outage of the Federal Aviation Administration’s Notice to Air Missions (NOTAM) system caused more than 30,000 flights to be delayed and is a stark reminder that the clock is ticking on the federal technical debt bomb. It is only a matter of time before the federal government faces a larger and more damaging Southwest-style crisis. Aggressive use of working capital funds to modernize government technology can forestall the day of reckoning and lessen the impact when it does come. The time for coordinated action among agency CxOs, OMB and appropriators is now.

Alan Thomas is the former commissioner of the Federal Acquisition Service at the General Services Administration and an operating advisor to Enlightenment Capital. He served as a permanent member of the Technology Modernization Fund board from inception in March 2018 until October 2019. 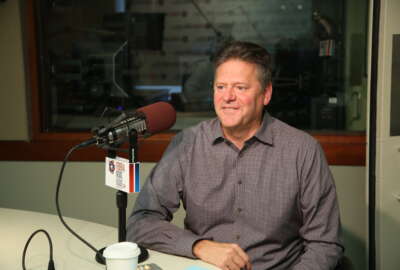