Boiling the frog: How civil servants are being politicized before our eyes

Despite herculean efforts by its Democratic sponsors, a statutory ban on the Trump administration’s controversial Schedule F failed in the last session of Congress, and the chances of it passing in the next two years are now less than zero. As many readers know, Schedule F would have made political loyalty to a particular elected official (in this instance, former President Donald Trump) the litmus test for the retention of thousands of career civil servants...

Despite herculean efforts by its Democratic sponsors, a statutory ban on the Trump administration’s controversial Schedule F failed in the last session of Congress, and the chances of it passing in the next two years are now less than zero. As many readers know, Schedule F would have made political loyalty to a particular elected official (in this instance, former President Donald Trump) the litmus test for the retention of thousands of career civil servants in the federal government’s Executive Branch. That’s scary, especially to me, and I resigned from a Trump appointment in protest over it shortly after it was issued.

Unfortunately, the relative arcana of Schedule F may not be particularly familiar to those of you outside the D.C. beltway, given that you are far more immediately concerned with local issues. That’s as should be, but one need only look at the recent removal of Sarasota, Florida’s school superintendent to realize that as bad as Schedule F may have been to the federal bureaucracy, its impetus — ostensibly to make civil servants “more accountable” to their elected bosses — is growing in momentum at virtually every level of government.

Thus, if it hasn’t already, it may soon be coming to a theater near you. And at the risk of mixing too many metaphors, like another old saw about boiling a frog, we’re liable to turn around one day and realize that we’ve been cooked.

Some background on the ‘more accountability’ movement

First, a bit of background is in order. At the risk of retelling history, Schedule F was established by then-President Trump via executive order in October 2020, and while estimates of its true impact vary, it would likely have removed most civil service protections from several thousand federal employees (that is, those in still-undefined policy support positions), under the guise of making them more accountable to the whims of their commander in chief, and the implicit threat to a professional — that is, politically neutral — civil service was obvious.

And as noted above, while the executive order that established Schedule F was immediately rescinded by President Joe Biden shortly after he took office in January 2021, legislative efforts in the Congress to permanently preclude its progeny have failed.

To be sure, that immediate failure is unfortunate, but it also foreshadows a resurrection of proposals like the oxymoronically named Public Service Reform Act (PSRA), introduced this past year by a group of Freedom Caucus legislators — including a couple who figured prominently in the election of our new Speaker of the House — which would make all federal civil servants employable “at will” and subject to removal for just about any (or no!) cause.

Unfortunately, this is only the latest chapter in what has been an erosion of civil service protections at all levels of government, all motivated by the seemingly laudable (and conceptually legitimate) goal of making entrenched, unresponsive, bureaucratic civil servants more accountable to those elected to lead them. Why would anyone argue with that?

A cautionary tale of politicized administration

Here’s why. Just look at the case of Sarasota’s local school superintendent — a politically neutral public administrator if there ever was one — who was recently forced to leave office for what were purely political reasons: in this case, the enforcement of mask mandates sanctioned by the current school board’s duly elected predecessors to mitigate the effects of COVID-19. Indeed, that same predecessor board gave the school superintendent a “highly effective” rating on his 2022 performance evaluation.

But then came last November’s local elections. That same nonpartisan-by-law board “flipped” and became far more conservative. And among its very first actions, a majority of its members voted to remove the superintendent. They did this because he had enforced policies they didn’t like, even though those policies were supported and sanctioned by their duly elected predecessors. Instead, the new board just voted to be rid of him.

But isn’t this all about accountability, you ask? Shouldn’t that superintendent be accountable to the new board when it comes to mask mandates, or any other policy for that matter? After all, elected officials set the policy, and administrators carry it out. And when an administrator refuses to do so, or (perhaps more subtly) slow-rolls its execution to suit his or her own agenda, they should be removed.

But when a civil servant faithfully carries out policies supported and sanctioned by an elected body, only to have that same body, subsequently reconstituted by another election, undo those policies, what happens then? Unfortunately, Sarasota’s school board didn’t wait to find out. They just voted to fire the school system’s senior-most civil servant for basically doing his job. That’s not a good thing for Sarasota, but like a boiling frog, the real impact may not be as immediately apparent.

In that regard, I worry less about the nuances of local school board politics and more about the problematic message such increasingly common incidents like this send to the labor market. I am a human resources professional by trade, with over five decades spent trying to recruit and retain civil servants that are both high-performing and accountable — in controversial organizations like the IRS, the CIA, the National Security Agency and the FBI — and my question is, who in their right mind is going to apply for Sarasota’s now-vacant school superintendent position? Or any other senior civil service job, for that matter?

This is especially problematic in the throes of a “sellers’” labor market, when applicants have so many choices. And that question doesn’t just apply to top jobs; they may be the ones most immediately exposed to partisan politics, but one need only look at the hundreds of unfilled teacher positions in school systems like Sarasota’s to ask how many prospective job candidates are looking elsewhere because they don’t want to worry about political agendas and proxy patronage. They just want to teach and will vote to do so with their feet.

Truth in advertising: I live in Sarasota and pay lots of taxes to the city, and before this happened, I paid little attention to school board matters. After all, this was a nonpartisan body and since my kids are no longer students, it really didn’t matter to me. But it turns out that it does.

As many of you know, this is not an isolated case, an example of a rogue school board seeking partisan revenge. Rather, the politicization of just about every aspect of public service — from policy to permitting and even policing — is in danger of becoming our new normal.

And that’s the problem. These days, the line between politics and administration is about as gray as it can be — at just about every level of government — and the notion of appointing and retaining politically neutral professionals to run those governments has pretty much been legislated out of existence in many jurisdictions. Schedule F and the PSRA would officially do the same at the federal level, but they are by no means novel.

But if one accepts that this is a problem, is there anything that can be done about it? One option would be to reestablish a modern version of the old Civil Service Leagues, created in the late 1800s at a time when rampant political patronage began to seriously erode government’s ability to administer increasingly complex policies and programs. Those Leagues advocated a neutrally competent, professional civil service, hired strictly on merit (vs. patronage or nepotism) and protected by due process from the excesses and evils of the old spoils system.

They were successful, ultimately leading to the passage of the 1883 Pendleton Act at the federal level, along with a host of similar “clone” laws at the state and local level, all intended to create civil services that were based on what one knew vs. who one knew, and these emancipated civil servants from the chaos of politics and patronage. Thus, those laws concluded that too much accountability patronage was not a good thing, and they did this by educating the electorate about the problem.

That is not to say the civil servants should not be held accountable, and many (including myself) would argue that current federal protections have gone too far in that regard. But that doesn’t mean that we should eliminate those protections altogether. As we learned in the IRS in 1998 and the intelligence community after Sept. 11, 2001, the nation needs civil servants who will faithfully execute the laws that legislators pass — and the courage to speak truth to power about them — without fearing for their jobs. That means that they need to be protected.

However, poor performers should not be tolerated in government workplaces, or protected even indirectly. We just need to find the right balance, but while this isn’t the place for those details, suffice it to say that it wouldn’t take a lot of funding — most likely from the modern-day equivalent of those who funded the Civil Service Leagues — to educate our fellow citizens on the need for a civil service that is nonpartisan, politically neutral and protected on one hand, but that is also accountable for high performance on the other.

At least we can hope for the same result. But first we all need to agree that it’s a challenge worth taking on; not just those civil service nerds like me that worry about stuff like this, but all of us! Until then, the ugly excesses of politics will prevail.

Ron Sanders was recently elected as a member of the American Society for Public Administration National’s Council and will assume that post in March. Sanders is also a 2006 Fellow of the National Academy of Public Administration; IRS’ first chief human resources officer; associate director of OPM; chief human capital officer for the intelligence community; and later, chairman of the Federal Salary Council. Concurrently, he headed the University of South Florida’s School of Public Affairs and later, served as staff director for its Florida Center for Cybersecurity. 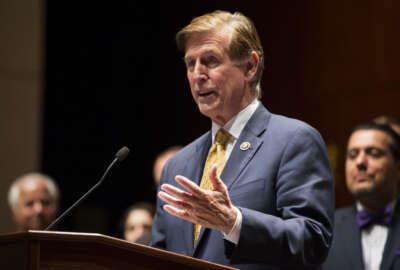 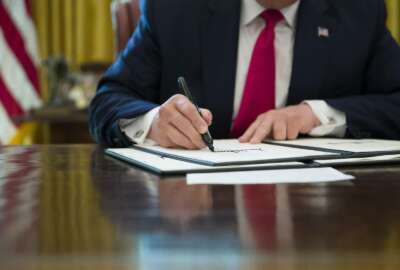