The Coast Guard still has difficulty determining whether it has the right resources for the right missions at the right time, the Government Accountability Office said. And the service is at risk of repeating past mistakes as it continues to modernize and upgrade its aging fleet.

That’s not what Congress — now in the middle of key appropriations decisions for the Coast Guard’s fiscal 2017 budget — wants to hear.

The Coast Guard’s estimation for what it will need and how much it will cost is outdated, GAO said. That’s a concern for Congress, especially considering the service’s track record for estimating how much its projects will cost.

The Coast Guard is decades into its 30-year recapitalization plan, which the service began in the late 1990s to rebuild and replace its aircraft and vessels. The Homeland Security Department approved a baseline for all of the service’s major acquisition programs in 2007.

But things have changed significantly since then, Jennifer Grover, director of homeland security and justice issues at GAO, told the House Transportation and Infrastructure Coast Guard and Maritime Transportation Subcommittee at a June 14 hearing.

The service acquired 14 C-27J aircraft from the Air Force. Congress has approved funding for a ninth national security cutter. And the Coast Guard is reconsidering its original plan to begin using more unmanned aerial systems.

But some members are confused by what the Coast Guard is asking for and how it will deploy its resources to meet 11 different statutory mission needs now and well into the future.

“It is not clear to me what the Coast Guard would like to have,” Subcommittee Ranking Member John Garamendi (D-Calif.) said. “There’s this thing called need-to and like-to. I’m [looking] at the need-to.”

If Congress gives the Coast Guard  everything it asked for in 2017, the service would receive the largest acquisition budget in its history. On the list, for example, is $147 million to build a new Arctic heavy icebreaker.

The Coast Guard needs at least two heavy icebreakers, preferably three, Michel said. The service has one now. A new icebreaker will take at least 10 years to build.

For the Coast Guard, a new heavy icebreaker is a huge priority, because the service currently doesn’t have full access to the areas of the Arctic that it says it needs.

Subcommittee Chairman Duncan Hunter (R-Calif.) was skeptical of the Coast Guard’s plan to add a second icebreaker, suggesting that the Navy take on ice breaking as a mission requirement instead.

“Wars don’t come on our acquisition timelines,”  Hunter said. “Wars don’t match our 12-year outlook. Wars happen when they happen, and right now we’re not prepared for one. This is a big gap. This is why the Senate just put in a billion dollars. This is why the House, the stingy House, just appropriated $150 million.”

“That changes your force structure, your person power and your budgeting,” Garamendi said. “Should we go there at all?”

“If the Congress provides us with national security cutters we’ll do our best to put them to good use,” Michel said. “They’re great ships. They’re delivering incredible results out there, but those are beyond the program of record. Right now, my number one recapitalization priority, despite my urgency on the heavy icebreaker, is the offshore patrol cutter.”

The subcommittee was also concerned that unmanned aerial vehicles (UAVs) and other systems are not more of a Coast Guard priority.

Michel said the service “has an eye” on some unmanned programs, and he agreed the Coast Guard could benefit from using them. The service is also reviewing its options to add UAVs in the future.

But the subcommittee suggested the Coast Guard speed up its timeline for adding more unmanned systems.

“We just want to get there in this lifetime, on budget and on time,” Hunter said. “Anything that we can do to help you, we will do, but we need to know from you what you want. I know you’re doing analysis, but it’s not like unmanned aerial systems are new. … These systems are out there and they’re available right now. It doesn’t take a bunch of research or analysis.”

Collecting better data from the field will help the service make better decisions about its needs and the resources it should deploy to meet them, Grover said.

For example, the service’s fast response cutters operated at 2,500 hours per vessel a year, compared with the Coast Guard’s original 3,000 hour estimate.

“They’re using assumptions about asset capabilities that aren’t realistic with what the assets can actually do,” she told the subcommittee.

But Michel said making those kinds of decisions are more complicated than it might seem. The service must make sure it has enough resources to meet the demands of a sudden major weather event or disaster, like a hurricane or an oil spill.

“If I lowered the bar artificially, I’d still have to take into account the maintenance schedules and budgeting and crew training and crew manning that come with that particular asset hour,” he said. “They’ll take another cut below that to make sure they have enough surge capacity to come along at the end of the fiscal year. Regrettably, the end of the fiscal year is July, August and September, which is the height of hurricane season. You’ve have to have some surge capacity. You can’t budget every single hour.”

Despite those complications, the Coast Guard told GAO it plans to incorporate more input from its units in the field next fiscal year. 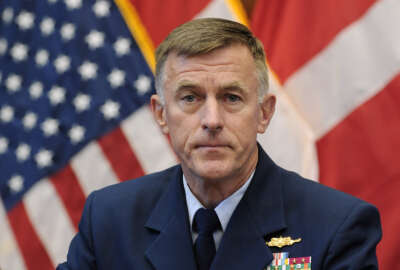