The House Armed Services Committee finished its marathon of a markup on the National Defense Authorization Act (NDAA) last night and with it came a handful of personnel issues.

Clocking in at just over 14 hours, the committee debated everything from sexual assault to basic allowance for housing.

Federal News Radio curated a list of the most important takeaways from the weighty bill and last night’s debates that went along with it.
DoD’s transgender...

The House Armed Services Committee finished its marathon of a markup on the National Defense Authorization Act (NDAA) last night and with it came a handful of personnel issues.

Clocking in at just over 14 hours, the committee debated everything from sexual assault to basic allowance for housing.

Federal News Radio curated a list of the most important takeaways from the weighty bill and last night’s debates that went along with it.

DoD’s transgender policy has a target on its back

Just when you thought all the LGBT debate was over in the Defense Department, Rep. Vicky Hartzler (R-Mo.) brought it back up with an amendment to nullify DoD’s policy allowing transgenders to serve openly in the military.

Hartzler immediately withdrew the amendment and only entered it to make a point, but there’s still a possibility the amendment could come up again when the bill goes to the House floor next month.

The transgender policy “is ill conceived and contrary to our goals of increasing troop readiness and investing budget dollars into shortfalls of the past. By recruiting and allowing transgenders to serve openly in our military we are subjecting the tax payers to high medical costs,” Hartzler said June 29.

Rep. Nikki Tsongas rebutted Hartzler by reminding her the transgender policy was created in DoD by leadership with the consultation of medical groups and the RAND Corporation and concluded allowing transgenders in the military would not compromise readiness.

“I urge my colleges to refrain from relying on unfounded figures and assumptions,” Tsongas said.

Women are safe from selective service for now

One of the most hotly debated subjects in the committee over the past two years is the issue of women in the draft. DoD opened all combat roles to women, but they are still not required to sign up for the selective service.

The committee’s change of heart was spurred by the fact that it asked DoD to do a study on the effects of including women in the selective service. Most Republicans on the committee wanted to see the results of study before assenting to the issue.

Inequalities will be studied

Rep. Martha McSally (R-Ariz.) introduced an amendment that will look into gender double standards in the military. The amendment passed by a voice vote.

The committee also believes gender neutral physical standards should be adopted by the services.

The amendment directs the defense secretary to review areas where men and women are held to different standards and to brief the committee by February 2018.

Relocating is a fact of life for those in the military, but it can be tough on kids and spouses. The House Armed Services Committee is trying to do something about that by allowing spouses and children to stay in government housing.

An amendment passed by the committee and introduced by Rep. Joe Wilson (R-S.C.) allows spouses of services members and their children to stay in government-owned or government-leased housing after the service member receives a permanent change of station.

That’s only if the spouse is employed or enrolled in a degree or certification program or if the children are in elementary or secondary school or the family member is caring for a chronically ill member of the family.

The amendment leaves a lot of details to the defense secretary to figure out, like how long the spouse and children can stay in the house. The program would begin in October.

The amendment hits on an important issue in the military right now: family life. Many service members want their family life better accommodated by the military and to retain talented troops, DoD is trying to acquiesce.

Basic allowance for housing (BAH) is a big deal for military families and for companies who build houses for service members.

Congress previously planned to cut a portion of BAH for families in the Military Housing Privatization Initiative, houses built by private companies on bases.

This not only raised the ire of military families, but also the companies that owned the housing because the BAH went straight to the companies for rent.

Congress is now rethinking its decision; it’s putting off the BAH reductions until 2019. 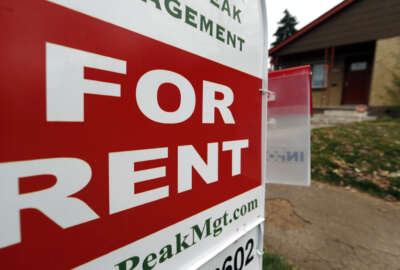 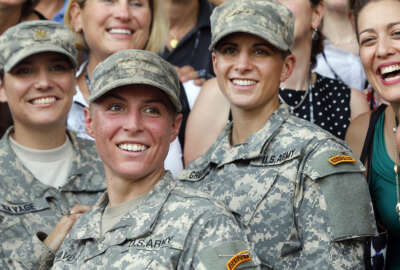 HASC puts women a step closer to being drafted