Just when you thought the most significant thing federal employees would get for Public Service Recognition Week was the fear of changing retirement benefits, two lawmakers actually went and did something appropriate. Federal employees receiving identity protection services due to the 2015 data breaches at the Office of Personnel Management could see those benefits extended for their lifetimes.

“As we celebrate Public Service Recognition Week, providing these dedicated and hard-working men and women with a little well-deserved peace of mind is the least we can do,” Ruppersberger said.

Currently, OPM is required to provide identity protection services to the 22 million current and former feds and contractors whose Social Security numbers were jeopardized in the data breaches.

“Although at our urging Congress took a first step to protect the identities of federal workers affected by the OPM data breaches, only lifetime identity protection coverage will give them the complete peace of mind they deserve,” Norton said. “There is no limit to the duration of when the compromised personally identifiable information can be used. The federal government is responsible for the nerve-racking breaches and Congress has an obligation to make affected employees whole by passing our bill.”

The bill has been referred to the House Oversight and Government Reform committee.

The National Treasury Employees Union has expressed support for this bill, saying that federal employees deserve this protection.

“NTEU is grateful for the efforts of Rep. Holmes Norton and Rep. Ruppersberger to give federal employees all over the country the reassurance that any fraudulent attempts to use their personal information will be flagged and stopped before any more damage is done,” said NTEU National President Tony Reardon. “The fear of identity theft will not subside, and neither should the government’s commitment to keeping them safe.”

NTEU said lifetime identity protection is one of the outcomes it is pursuing in a lawsuit against the government, which alleges OPM violated feds’ rights to information privacy by disregarding inspector general warnings about vulnerabilities in its systems.

But the legislative news isn’t all good. Some agencies could be seeing spending cuts in the near future.

Reps. Kevin McCarthy (R-Calif.) and nine other Republican lawmakers introduced the Spending Cuts to Expired and Unnecessary Programs Act on May 10. This bill puts action to the Trump administration’s proposal to cut about $15 billion in spending. It eliminates funds for unused spending, like loans for advanced technology vehicles and innovative technology loans, Ebola Response, and the Center for Medicare and Medicaid Innovation.

In addition, $1.8 billion would be rescinded from the Child Enrollment Contingency Fund, which covers shortfalls in states where enrollment in the Children’s Health Insurance Program is higher than expected.

This bill would take advantage of a process called “rescission,” which takes back funds Congress had previously appropriated, and can be passed with a simple majority.

Reps. Ro Khanna (D-Calif.) and John Ratcliffe (R-Texas) and a bipartisan group of 14 other lawmakers want to ease the burden of public assistance on federal call centers, save agencies money and improve the experiences of customers interacting with agencies online.

The 21st Century Integrated Digital Experience Act (IDEA) would set minimum standards for federal websites, including making them mobile-friendly or more secure. It would also require certain processes to be digitized.

In the Internal Revenue Service’s 2015 report to Congress, the agency stated that live assistance costs varied from $42.33 per call to $53.64. Meanwhile, digital transactions cost $0.22 each. Hence, agencies can save a significant amount of money by investing in digital customer assistance technologies like AI.

“The federal government exists to serve American people, and the 21st Century IDEA will ensure we’re meeting our citizens’ needs in the most efficient, cost-effective way possible,” Ratcliffe said. “Our bill takes advantage of new and emerging technologies that can drastically improve the way our federal agencies provide critical services to folks across the country, including people with disabilities or those who live in rural areas with limited access to traditional, in-person assistance services.” 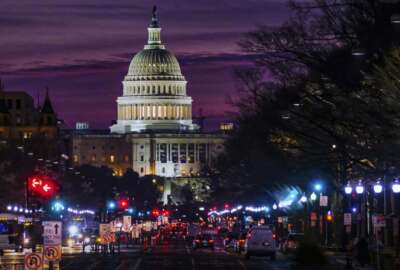