Student loan forgiveness for feds, and other bills worth watching this summer

Senate Majority Leader Mitch McConnell (R-Ky.) made the decision to cancel most of the August recess to give senators a chance to finish a few annual appropriations bills on time and confirm more pending presidential nominees.

But a few more weeks in session should also give senators more time to consider some legislation that doesn’t make the national headlines but improves congressional oversight, agencies’ handling of improper payments and more. The Senate Homeland Security and Governmental...

Senate Majority Leader Mitch McConnell (R-Ky.) made the decision to cancel most of the August recess to give senators a chance to finish a few annual appropriations bills on time and confirm more pending presidential nominees.

But a few more weeks in session should also give senators more time to consider some legislation that doesn’t make the national headlines but improves congressional oversight, agencies’ handling of improper payments and more. The Senate Homeland Security and Governmental Affairs Committee will consider more than a dozen bills at a markup on Wednesday.

Here are a few pieces of legislation worth watching in the coming months.

The Senate Homeland Security and Governmental Affairs Committee will consider several bills designed to improve congressional oversight at a markup on Wednesday morning.

The Payment Integrity Information Act also requires that agencies periodically review all programs and activities that may lead to improper payments being made and develop a plan for correcting those activities.

The bill would also set up a working group of federal, state and local agencies, which would collaborate and find the driving factors behind improper payments.

The Office of Management and Budget and Council of the Inspectors General on Integrity and Efficiency (CIGIE) would be responsible for issuing guidance to agencies to help them improve reporting compliance with improper payment statutes.

Sen. Tom Carper (D-Del.) is also a sponsor of the legislation.

In addition, a few senators want a clear status update on the recommendations agencies have gotten from their inspectors general and the Government Accountability Office.

Sens. Todd Young (R-Ind.) and Elizabeth Warren (D-Mass.) have introduced the Good Accounting Obligation in Government (GAO-IG) Act. The bill would require agencies to give Congress an annual report on the status of IG and GAO recommendations.

Agencies have more than 8,000 open recommendations from GAO and at least 15,000 unaddressed suggestions from inspectors general, according to the senators.

Agencies have long bemoaned the challenges of recruiting and retaining of young talent to government. About 6 percent of the federal workforce is under the age of 30, with 1.2 percent of employees between ages 20 and 24.

The Strengthening American Communities Act, which Cardin introduced, would set up a National Public Service Education Grant. The grant would fund the majority of a student’s tuition at a public college or a university, while the college would contribute part of the remaining costs. Students who accept the grant would commit themselves to work at least three years in public service.

In addition, Cardin’s bill would establish a Debt-Free Public Service Loan Forgiveness Program, which would cancel a certain percentage of a graduate’s federal student loan debt based on the individual’s tenure in public service. Interested candidates must meet specific requirements and must be enrolled in a repayment program.

The debt forgiveness program wouldn’t be retroactive, so borrowers wouldn’t be able to receive credit for their employment in a public service job that occurred before the passage of Cardin’s bill.

“The current system of indebting individuals at the start of the careers has led to minority under-representation in our public sector workforce,” Cardin said in a statement. “First generation college students and students from low-income families cannot afford to take on student loan debt and enter into lower-paying public service careers. As a result, our nation is deprived of the talents and perspectives of those who want to serve their communities but simply cannot afford to do so, resulting in our workforce that is less representative of the people it serves.”

Federal employees who meet certain criteria can apply for the federal student loan repayment program. Agencies can make loan payments for an applicable employee of up to $10,000 a year, with a total maximum of $60,000 per person. Similar to Cardin’s bill, employees must commit to stay at their agencies for at least three years.

Agencies in the past have expressed concern that they lack the funding needed to make the loan repayment program worthwhile to their employees.

The Partnership for Public Service has endorsed Cardin’s legislation.

Another group of senators wants agencies to assess their own federal property needs more often than current practice.

The new legislation would create a standard process for agencies to assess and understand the true value of their property. Agencies would be required to identify the age, condition and extent to which the property is used during these assessments, the legislation said. 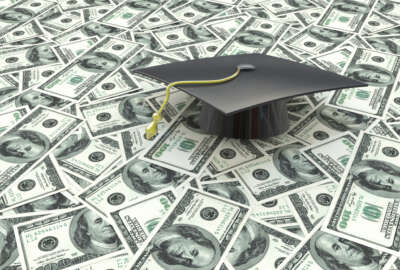 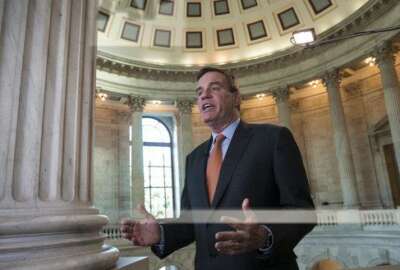