If your organization is polling as less popular than head lice and colonoscopies, as House Select Committee on the Modernization of Congress Chairman Derek Kilmer (D-Wash.) recently pointed out, you’d be looking for all the advice you could get too. Several retired members of Congress, when asked where it all went wrong, told the committee that staffers need better pay, and Congress as a whole needs a better grasp on technology.

If your organization is polling as less popular than head lice and colonoscopies, as House Select Committee on the Modernization of Congress Chairman Derek Kilmer (D-Wash.) recently pointed out, you’d be looking for all the advice you could get too. Several retired members of Congress, when asked where it all went wrong, told the committee that staffers need better pay, and Congress as a whole needs a better grasp on technology.

Kilmer has previously said that there’s not a position in the House where the median tenure is longer than four years.

Most of the six former representatives testifying at the May 1 hearing attributed that to the pay caps. Congressional staffers cannot make more money than the lawmakers they work for, and because Congress giving itself a raise has been political anathema for so long, congressional staffers have essentially been under a pay freeze for the past decade.

That means, former Indiana Rep. Tim Roemer said, that Congress is losing institutional experience and expertise to think tanks, lobbyists and the private sector, where some former congressional staff can more than double their salaries. Former Virginia Rep. Tom Davis called it a brain drain, saying that while mission can be as much a motivator as money, external forces like the cost of living in the Washington, D.C. area act as pressures that can eventually overcome the allure of the mission.

Roemer said good staff is an investment. The return on that investment can be measured in the savings good hearings, oversight and information passes on to the taxpayers. Former California Rep. Vic Fazio pointed out that part of that investment includes benefits, and suggested congressional staff be put back on the government healthcare plan.

But the former lawmakers also suggested that members of Congress look in a mirror as well, if they want to address turnover.

“If you look at the private sector, people generally don’t leave organizations, they leave bosses,” former Wisconsin Rep. Reid Ribble said. “I think any time you look at the idea that we have a turnover problem, there may be some training, counseling, advice that needs to be given to members of Congress if they’re really having trouble with turnover.”

And how to manage staff isn’t the only advice the former lawmakers recommended to the committee. Fazio said Congress needs to bring back the Office of Technology Assessment, because congressional tech expertise has fallen far behind the times. He pointed to the recent hearings with Facebook executives as particularly embarrassing.

“I think we’ve all been embarrassed by the way Congress fails to understand technology,” Fazio said. “Our constituents are contemptuous of our inability to understand what they deal with daily.”

Fazio said there were two chief complaints that led to the elimination of the OTA. First, relevant reports took too long. Second, it didn’t work with enough committees. But every committee needs help  with technology these days, Fazio said, and it shouldn’t be too hard to make the OTA more relevant, effective and closer to committees.

“It’s been mentioned technology is a big part of this, and the OTA helps get the staff up to speed. We can’t have staff and members who don’t know how Google and Facebook and WhatsApp and different huge companies operate today,” he said. “A survey recently said, conducted to senior staff of the Hill, 6% of your senior staff were confident that you members had the staffing skills on technology necessary to do your jobs.”

The House Appropriations Committee did include a $6 million budget for the watchdog office to resume operations in its draft of the fiscal 2020 legislative branch spending bill on Wednesday.

And while Congress is boning up on technological issues, it could also modernize its own technology. Roemer said Congress is still operating some of the same tools it was when he arrived in 1989.

One suggestion Roemer had is an app to coordinate committee work with floor schedules in order to avoid interruptions and conflicts, and help committees focus more on their jobs. Davis suggested that Congress could allow people to testify using video conferencing tools like Skype.

The former lawmakers had a slew of other improvements that Congress could make to improve its processes, and maybe even it’s standing with the American public. It could open up the rules process, and bring more bills to the floor. It could guarantee committee markups to any bills reaching a certain threshold of bipartisanship. Congressional delegations could stop being segregated by party, and instead encourage lawmakers and their staffs to mingle and get to know one another.

Another suggestion was changing the way lawmakers split their time between DC and their districts. The former lawmakers said new schedules like two weeks in D.C., followed by two weeks in their districts, or three-two, or two-one, would allow lawmakers longer unbroken blocks of time to attend to committee work and just get to know each other, while also making district time more meaningful.

“You drop into town for two and a half days, you get your marching orders, you go off and vote the way you’re supposed to, and you leave,” Fazio said. “You didn’t really have a lot of time to talk about it, certainly not with the other party. “

It all flows from leadership, he said.

“There’s a lot of opportunity, just by improving what you do, improving the process, which gets a better result,” Ribble said. “And maybe at the end of the day, the American people will be on your side.” 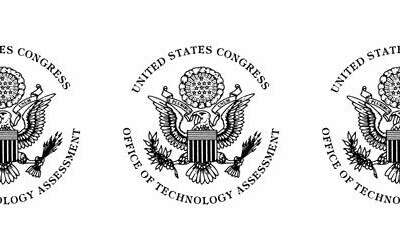 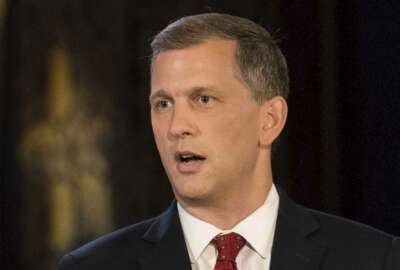