Think tanks, members of the House Select Committee on the Modernization of Congress and even the Commerce Department’s inspector general have all weighed in on whether bringing back the Office of Technology Assessment makes sense.

At a House Appropriations legislative branch subcommittee hearing Wednesday, Reps. Mark Takano (D-Calif.) and Sean Casten (D-Ill.) argued that OTA wouldn’t overlap with the roles occupied by Government Accountability Office and the Congressional Research Service, but would instead prevent lawmakers...

Think tanks, members of the House Select Committee on the Modernization of Congress and even the Commerce Department’s inspector general have all weighed in on whether bringing back the Office of Technology Assessment makes sense.

Casten, who holds a degree in chemical engineering, previously worked as a consultant for Arthur D. Little, a firm with a focus on clean energy technology.

In that role, Casten said he relied on OTA reports to provide an unbiased analysis on the state of certain technologies. However, Congress defunded OTA in 1995, “stripping Congress of a valuable resource,” Takano said.

Without OTA overseeing science and technology efforts, Casten said lawmakers run the risk of “reinventing the wheel,” funding private research in fields that have proven unproductive in the past.

“The collective knowledge has fallen short because now the knowledge is done in these pockets that don’t get shared,” Casten said. “There were things that we knew and objective questions that could be asked that are now no longer part of the collective wisdom, if you will, and I would submit to you that has had the practical impact of making us dumber as a nation.”

But the bid from lawmakers to bring back OTA has coincided with GAO staffing up its own science and technology capabilities. By the end of this year, it’ll grow its information technology and cybersecurity team from 140 employees to 175.

Comptroller General Gene Dodaro told the subcommittee in February he also hoped to expand the agency’s Science, Technology, Assessment and Analytics Team from 70 employees to 140 employees.

“This expanded capacity at GAO is an important step, but it really is not sufficient,” Takano said. “A restored OTA would complement GAO, as well as CRS, by combining deep technical expertise and robust forward-looking reports with the ability to be responsive to immediate questions and the needs of members and staff.”

GAO gets an average of about 800 requests a year from Congress, and gives priority to reviews mandated by law, or conference reports, followed by requests from congressional committee leadership.

“To get a GAO study, there’s a lot of hoops you’ve got to jump through. You’ve got to get a bipartisan letter and hopefully significant members of Congress to sign onto the letter,” Takano said.

The legislative branch doesn’t lack for watchdog offices. In addition to GAO and CRS, it also contains the Congressional Budget Office. However, Casten told subcommittee members that a revived OTA would address current gaps in oversight.

“CRS will opine on what other people have said,” Casten said, and can brief members on the current state of policy issues, but it can’t answer more open-ended questions, like, for example, what limitations the airline industry faces if it were to move away from fossil fuels.

“Those are objective questions, but CRS isn’t set up to answer them very well. They don’t really have the tools that OTA did and we relied on that,” he said.

Subcommittee Ranking Member Jaime Herrera Beutler (R-Wash.) questioned whether a renewed OTA could provide better insight into the state of technology than private industry. She also questioned how soon OTA could staff up with experts to justify restoring the office.

“What OTA provided and what I really valued from OTA was not their speed. What I valued was their objectivity, and it’s very hard to get information from the private sector that’s objective,” he said.

The push to restore OTA comes at a time when members have held hearings on a range of issues, including cybersecurity, artificial intelligence and quantum computing.

Takano said OTA, if restored, would give real insight on the implications of emerging technology, without any of the salesman hype.

In an early version of the FY 2019 spending bill for the legislative branch, Takano and other lawmakers pushed for $2.5 million in funding to bring back OTA. But to fully staff up the agency, Takano estimated it would take about $35 million, which “wouldn’t have to come all at once.”

Subcommittee Chairman Tim Ryan (D-Ohio) said the subcommittee would do its best to incorporate Takano and Casten’s requests for funding OTA into the FY 2020 spending bill, but warned that it would be “wrestling with our other subcommittees for any new funding.” 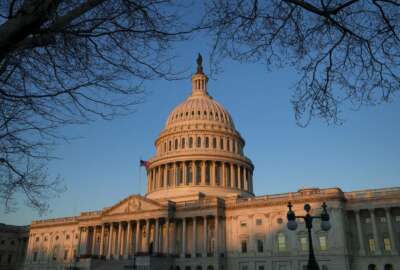 Congress ‘lacks sufficient capacity’ to oversee tech issues, but is Office of Tech Assessment the solution? 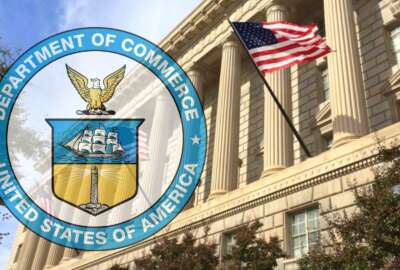