Coronavirus throws Congress into a tizzy

Bloomberg Government’s Loren Duggan spoke with the Federal Drive with Tom Temin to discuss how Congress is handling the coronavirus.

Tom Temin: Loren. What is going on?

Bloomberg Government’s Loren Duggan spoke with the Federal Drive with Tom Temin to discuss how Congress is handling the coronavirus.

Tom Temin: Loren. What is going on?

Loren Duggan: Well, as you mentioned, the Senate was supposed to be off this week, along with the House for the recess. But they’ve changed their plans as a result of the coronavirus. The need to respond to that and to deal with some other business that’s before them. So obviously, when they return to town this week, it’s a somewhat different town with a lot of private employers shifting to work from home, the Capitol complex shutdown a little bit in terms of public access. But obviously the members are still there, and media folks will be covering them as well. So there will still be a lot of activity on Capitol Hill as Congress continues to figure out how to respond to coronavirus and all that it’s brought two of the country.

Tom Temin: And by the way, what about the Capitol Hill staff? The 30,000 strong army that supports the members. Are they working from home? Are they in their offices?

Loren Duggan: Some offices are in. One of the things about the capital is offices can set their own policies and give their own directives to their personnel. But, as we’ve seen, when there were reports last week that somebody may have come into contact with the particular lawmaker or the lawmaker themselves put themselves into quarantine or self isolated, sometimes the office is closed and people shifted to working from home, so we may see more of that, especially as the week goes on here. We’ve also seen offices asked people not to come, to shift to video conferences or telephone calls rather than the traditional pressing the flesh that we’re used to seeing up on Capitol Hill with people doing face to face meetings. A lot of that’s going to go away for the time being, and things will be a lot more remote.

Tom Temin: I guess that’s why they call it virus. And legislatively, what have they been trying to do?

Loren Duggan: So we saw the second package from the House last week following negotiations between Speaker Nancy Pelosi on the side of Congress and Treasury Secretary Steven Mnuchin on behalf of the administration. That bill is something the Senate is going to deal with. It’s a package that’s focused mostly on things like paid leave and unemployment insurance and food aid to help people that are going to be out of work, possibly for an extended period of time or working from home. Also trying to ensure that there’s a little bit more flexibility in how states can provide aid to people over the next couple of weeks or months, depending on how long this goes. House Democrats last week described this as the second package, in addition to the $8.3 billion appropriations package that was passed the week prior. And a third package will undoubtedly becoming at some point that will look at even more health and economic provisions that will be needed to deal with this in the longer term. A lot of industries could be coming to the government asking for help. Obviously, the travel industry has been affected by this. Airplanes are dwindling, shutting down flights on, but there’s gonna be a lot of downstream effects from this, especially if it goes on for an extended period of time.

Tom Temin: And what do we know about what the White House has said with respect to a second follow-on bill, which could even be higher price tag than the eight billion they approved a couple weeks ago?

Loren Duggan: Right? It almost certainly will be. The administration was part of the negotiations. The Democrats had initially put out a bill on Thursday night and Stephen Mnuchin was really the point person to move that closer to a bill that could get more support from Republicans and the administration. So there was an attempt to move from a Democratic starting point that was developed among their lawmakers to something that could get wider support.

Tom Temin: And not everything is coronavirus, just mostly, but not everything. There’s also the FISA bill, and that has a lot of political implications and surrounding kinds of its own virus.

Loren Duggan: Absolutely. And this is a bill that was passed by the House last week before three key provisions expired on Sunday. The Senate is coming back and holding a procedural vote on that as its first order of business, although the coronavirus bill might get put in there as well. But what they’re aiming to do here is extend these three provisions that allow the government to surveil lone wolves. These are terrorists who aren’t necessarily aligned with nation states for roving wiretaps and also to get certain phone record information. This is an issue that isn’t necessarily along partisan lines. We see Democrats and Republicans supporting this proposal and also opposing it. Two senators in particular have stood in the way of fast action on this Mike Lee out of Utah and Rand Paul out of Kentucky, both of whom are Republicans and want even greater, as they would say, civil liberties protections here. It was a deal that was negotiated between the White House and Congress, or, I should say, the administration and Congress, with Attorney General Barr being the lead negotiator there. There was a tweet last week from the president, where he said some senators want him to veto this bill. They don’t think it’s the right approach and citing some of the things that have gone on with the Foreign Intelligence Surveillance Act around his campaign and his administration. So it remains to be seen how quickly that bill moves and if it’s something that the president will veto or if he will end up signing it. But important provision that expired over the weekend, and many people are pressing to have signed into law as quickly as possible.

Tom Temin: Yeah, they let those expire and then the coronavirus. So where does that leave what might have been on the agenda otherwise had not all of this blown up like this?

Loren Duggan: It’s a good question, and we’ve seen things in the near future get canceled like the Democratic issue retreat that was supposed to happen in early April, up in Philadelphia, they set that aside. The coronavirus will clearly be an issue in front of Congress for a while, and there’s all the other business that they have to do. The highway bill and transit bill still expires on September 30th, along with government funding. There’s still the defense authorization process, so we’ll have to see how Congress, you know, staggers it’s work over the next couple of weeks and months to take care of the things that they already knew they had to do and then deal with this kind of crisis or urgent situation around the coronavirus. So I think a lot of schedules and a lot of things that have been kind of mapped out for the course of the year are going to be changed. Just a result of this and all the kind of disruption is bringing

Tom Temin: Yes, with the delay of baseball opening day without a player strike that does signal something of the end of civilization. But it’s true, members make a lot of appearances at events and conferences and trade shows and so forth, most of which have been put off for cancelled altogether. So it seems like this is really having an effect on the Hill in terms of the ability of members to concentrate.

Loren Duggan: Right and just, you know, their normal way of doing business is going to be changed for a while here. And I’m sure there will be questions about should Congress be here, should they be back in their district. There is no way, really, for Congress to hold votes remotely. They need to be here in person or get unanimous consent to move things, or at least agreement from people not to object to moving things without an actual roll call vote, which, you know, could be interesting to see how that plays out as they figure out what to do next.

Tom Temin: Well, the other interesting aspect is, of course, 435 plus 33 members do have elections this fall. And just as we’ve seen the presidential candidates on the Democratic side start to pull back from rallies and meetings and the kinds of things that campaigns consist of in person. That’s probably true for all of the members in the House and a third of the Senate facing reelection. So the whole quality of what happens back in the district’s could also change.

Loren Duggan: Right. And I think you’ll see a lot more social media use here to try and reach people or use YouTube clips or local television appearances, things like that to try and reach more people. If people are largely home because work is not happening and school has been canceled and that might be the way to try to reach them. But of course, people have cut the cord and DVR programs and fast forward right over commercials and things like that, so there will probably be a changed approach
to how people campaign. That’s got to be something that’s affected that can’t go on in the same fashion. You can’t really have a rally in a lot of states right now that has more than 500 or even 250 people in some states and cities. So it’s gonna be a challenge to try and get out there and meet people and get them to turn out to vote for you later this year.

Tom Temin: Now I’ve seen the Bloomberg Government newsroom, and that’s quite a beehive of activity when things are normal. What’s going on inside your shop?

Loren Duggan: Like many employers, most of us are gonna be working from home. Capital will be in session, and to the extent we’re able, we’re gonna keep covering what’s going on up there because this is important legislation that’s being considered and agencies will still be issuing responses to coronavirus and other issues. So we’re gonna stay on top of it to the degree we can and as much as possible.

Tom Temin: Loren Duggan is editorial director of Bloomberg Government. As always, thanks so much. 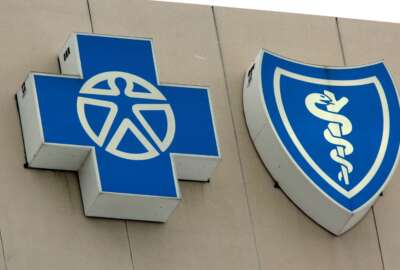 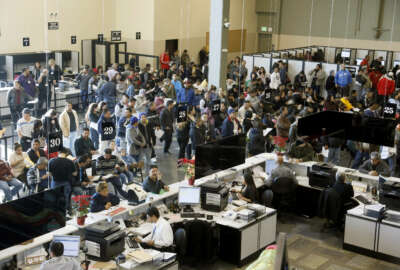 Will coronavirus cause Feds to postpone California’s REAL ID deadline?