We now know what’s going to be occupying Congress for the next few weeks or months. For a look inside that infrastructure bill and a few other matters, Federal Drive with Tom Temin turned to Bloomberg Government Congressional Reporter Jack Fitzpatrick.

Tom Temin: Jack good to have you back.

Tom Temin: And before we get to that bill, though, of course, there is the skinny budget in the meantime. And I didn’t mention that first. Because once the budget development is out there on Congress’s plate, it might be the next fiscal year till they get around to actually doing something about it. But what do we know about the skinny budget? What does it generally going to look like and so on?

Jack Fitzpatrick: Well, it’s supposed to be coming soon. And this is it seems looking to kick off the federal spending regular appropriations process, it’s probably going to be a lot slimmer than you usually see from a president’s budget proposal they’ve been occupied with their other major legislation and all of that. So we’re definitely off to a late start. But the expectation is, they’ll at least put some top line numbers out there on how much money agencies should be getting. It looks like the big fight here is over just the basic question of defense versus non defense spending. We’ve had, some of my colleagues have reported a while back, that the expectation from the Pentagon is basically a flat Pentagon budget being proposed, there are progressive lawmakers who say, Wait, we should cut that Republicans say, 3-to-5% increase, at least is necessary. It’s gonna be interesting to see where it goes from there. Because a lot of the time the President’s budget proposal just gets thrown in the trash when it gets to Congress. Some of the non defense stuff will be interesting to see their proposals, and that will probably help the appropriators but largely, this might just be a political document.

Tom Temin: Well, my sense is, it’ll be a well prepared one, because this team looks like it knew what it wanted to do way back, even before the election because of the steady drumbeat of fairly well baked ideas that have been coming from the administration. So yes, it’ll be top line, but I think it’ll be pretty well thought out.

Jack Fitzpatrick: It may in at least the details that appropriators need. Sure. But I would also point out they still don’t have an OMB director full time, they have an acting OMB Director, who just was confirmed as the deputy who came in very recently, Shalanda. Young, who’s very knowledgeable about appropriations. She was a staff director on appropriations before but she hasn’t had very much time. They kind of have the backup crew here finalizing the agency’s proposals. So I do think it’ll probably be thin. I think they know what they want on the things they’re putting into this. But I wouldn’t expect it to be extremely detailed, including on some of the policy regulatory stuff that you’d often see in there. My expectation is they’ll tell appropriators how much money they want, and there’ll be serious about it, but it’ll probably be a lot less detailed than usual.

Tom Temin: Yeah. And the analytical perspective is are usually my favorite thing to read. So I hope there’s something in that part of it. But then we’ve got, of course, again, it’s not really legislation yet. But the proposal, which has a lot of resonance, at least on the Democratic side, in Congress for this big infrastructure bill, the American Jobs Act, I believe they’re calling it, this is going to be a lot for federal agencies.

Jack Fitzpatrick: Yeah, there’s, there’s a lot of stuff in there that might get passed through the federal government it via grants to state and local, but there’s a lot that could be big for federal contractors, some of the stuff they put in here, electrifying the federal fleet, a lot of the vehicle stuff, some of the environmental stuff that would go through the EPA, that kind of thing. And I mean, when you’re talking about a two and a quarter trillion dollar infrastructure measure, there clearly is going to be a lot of money going through the federal government, we’ll see how that works out when it’s actually transformed into legislative language, because this is sort of broadly worded from the president. But yeah, this is gonna be a really massive bill.

Tom Temin: Yeah, there are some specific items, as you mentioned, like money for buying more electric vehicles in the Postmaster General that the democrats don’t like to distill held over from Trump said, Sure, we’ll buy more electric but help us out here. So he may, in some strange way, get what he’s asking for, to buy fully electric. And then there’s money, I think, $50 billion for the National Science Foundation.

Jack Fitzpatrick: Yeah, the National Science Foundation portion is actually one of the few that has had some bipartisan input. That money is a little part of a little bit broader, sort of competing with China focused piece of legislation that lawmakers had been talking about. In fact, Chuck Schumer has said that that potentially could be separated from the rest of it. We’re still waiting to see how lawmakers are going to chop this up or try to pass it in one major package with everything in it. But the the National Science Foundation money is actually one of the portions that if it were to stand on it And potentially you could probably get some bipartisan support. The question is, how does it work into everything else in this bill?

Tom Temin: And will this crowd everything else out of Congress that it might otherwise be looking at these days?

Jack Fitzpatrick: This is the big focus in Washington. I’m curious how fast they’re even going to get going on regular appropriations, defense authorization, because there are so many pieces of legislation are really these two massive pieces of legislation that the Biden team is treating as the emergency that the major focus here. So if you’re waiting on, n immigration bill, or a gun bill, even democratic priorities, a lot of stuff seems like it’s probably going to have to wait because they’re going to be working on this infrastructure, etc. package for a little while. And Pelosi has said the goal is to get this done by July 4. But we don’t even know if that’ll really happen. So this is probably going to dominate the attention for a few months.

Tom Temin: Yes, because just given the White House summary of it, it looks like it would take two or 3,000 pages of legal language, to even write the bill.

Jack Fitzpatrick: Yeah, and a lot of these proposals are written more in political language than legislative language. Every time the White House has been asked about flexibility with Congress, they’ve sort of hinted at, look, lawmakers are gonna do their work with this, I wouldn’t be surprised to see some substantive changes to it. But even just turning this proposal into detailed legislative language is a really big job, it would be a massive bill. And as I said, we don’t know the the packaging and sequencing strategy that Democrats are going to try to take to get this done. So there’s going to be some committee work, there’s going to be congressional leaders talking about this, it’s probably going to take a pretty long time, and it could be transformed into something fairly different. By the time it gets through the process.

Tom Temin: I did notice one detail the last time when we had that big bill in 2009. Early in the Obama administration, in response to the financial meltdown from mortgages, the term shovel ready came into vogue. This time, they’re saying shovel worthy, which could then become shovel ready, I noticed that little detail somewhere in that fairly lengthy summary from the White House. So they’re, they’re learning from the past, because shovel ready, there’s not that many projects around shovel worthy, that’s almost infinite.

Jack Fitzpatrick: This is not something that they are treating as an immediate stimulus to the economy. They did say this money goes out over the course of eight years. And while they are calling it, the American jobs plan, a lot of this, the climate stuff. These are policies that Democrats want more for the long run. So they’re kind of treating it differently, and at least to some extent, learning from some of the political pitfalls of the Obama era. But there are there are political risks to this, obviously, that while infrastructure is a bipartisan priority, to some extent, we’re seeing a lot of Republican pushback. Democrats are wondering if they could get people on board, because they’re they’re doing an earmarks system for this. But obviously going and going to the earmarks route carries its own political risk as a reason it was banned for a decade. So Biden seems to be trying to avoid some of the mistakes that Obama may have made. But we’ll see how different the approach really is as it works through the legislative process.

Tom Temin: Jack Fitzpatrick is congressional reporter for Bloomberg Government. As always, good to have you. Thank you. 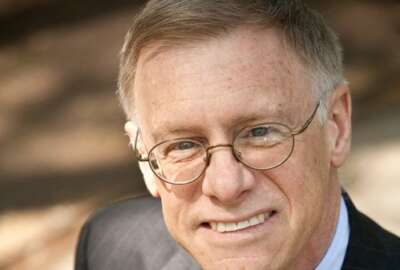 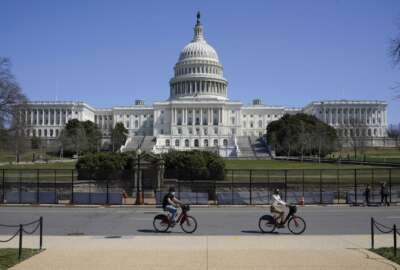