The House Armed Services Committee advanced a fiscal year 2022 policy bill this week that would boost military artificial intelligence efforts and increase Buy American requirements, among numerous other provisions added to the legislation.

The big news from the committee’s markup came when it voted by a 42-17 margin to increase the FY 22 national defense budget by $25 billion beyond President Biden’s request. Armed Services Committee Chairman Adam Smith (D-W.A.) argued against the increase, but several Democrats joined with committee Republicans in passing the budget boost.

The bill going to the House floor now endorses a $778 billion topline for total FY-22 defense spending, in line with the Senate Armed Services Committee’s version of the bill.

Congressional appropriators still have to hash out a FY-22 spending deal, and with less than a month to go until the fiscal year ends, lawmakers will likely need to pass a continuing resolution to keep the government open on Oct. 1.

But with the House committee’s endorsement of a $778 billion topline, the odds of the national defense budget vaulting beyond President Biden’s $753 billion request are high. Democrats hold a slim majority in the House and the Senate is split evenly between the parties.

“There are more votes in Congress to increase defense than to cut it, and it’s bipartisan,” said MacKenzie Eaglen, a senior fellow at the American Enterprise Institute. “Granted, the committees of jurisdiction are obviously more favorable to this outcome, but the wider Congress will also be supportive.”

But after the budget amendment passed and the dust from the spending debate settled early on Wednesday afternoon, the committee still had more than 12 hours before it would pass the bill and gavel out of the session.

Here are other notable amendments that were added, and some that were shot down, during the marathon markup.

The American Federation of Government applauded an adopted amendment to localize pay boundaries for most federal employees. The provision was authored by Rep. Donald Norcross (D-N.J.).

The language would require that the Office of Personnel Management not define “more than one local wage area within a pay locality.” Currently, AFGE says some federal employees working within the same area are paid as if they work in different localities.

The panel approved an amendment from Norcross that would increase the domestic content requirement under the Buy American Act to 60 percent immediately, 65 percent by 2024 and 75 percent by 2029.

The current requirement is that 55 percent of an item must be made of American parts to comply with the law.

The provision was largely supported by the committee’s Democrats who argued it would increase U.S. jobs and reduce the Defense Department’s reliance on foreign suppliers. Republicans unsuccessfully pushed back, arguing it would potentially increase costs and lead to schedule delays for key defense acquisitions, particularly shipbuilding programs.

But the amendment’s ultimate success is not assured. Norcross was able to get a similar provision in the House version of last year’s defense policy bill, but it was stripped out during conference negotiations after industry groups voiced opposition to the measure.

The Defense Department would need to study whether a new contracting mechanism is needed to speed up software delivery, according to an amendment that was adopted by voice vote.

The provision is one of 11 successful amendments offered by Reps. Jim Langevin (D-R.I.) and Elise Stefanik (R-N.Y.) related to artificial intelligence. Langevin says they were based on recommendations from the National Security Commission on Artificial Intelligence.

They also include a provision that would require the Pentagon to develop a resourcing plan to develop and implement “a modern, robust digital ecosystem,” as well as a requirement for the Government Accountability Office to review DoD’s progress on developing its STeM workforce, including AI specialists.

Return of the JEDI cancelled

Committee Democrats voted down an attempt by the panel’s GOP members to re-open the investigation into the Pentagon’s curtailed Joint Enterprise Defense Infrastructure program. The amendment from Rep. Jim Banks (R-Ind.) would have required the Pentagon and the DoD Inspector General to turn over all documents the IG received, collected and reviewed in preparing its April 2020 report on the program.

The report uncovered ethical violations and improper disclosures of information, but ultimately did not corroborate allegations of political interference in the program.

But Smith and other Democrats argued the provision would re-litigate the debate over a cancelled program and potentially further delay the Pentagon’s follow-on effort to adopt enterprise cloud services.

“Politics infused it from the very start, from all sides,” Smith said of the JEDI procurement. “We turn these documents over, and everybody does their little examination of every email – how it slows it down is you just throw gasoline on the fire again.”

The committee also moved to “reverse the corrosion of civil-military norms,” in the words of Rep. Mike Gallagher (R-W.I.). He successfully offered an amendment that would prohibit retired high ranking military officers from serving as secretary of defense until at least 10 years after they retire from active duty. The only way around the prohibition would be a joint resolution enacted by three-quarters of Congress.

“We should all be able to unite behind the principle that granting an exception for recently retired senior officers should be the exception, and not the new normal,” Gallagher said. “My amendment would seek to send a signal of civilian control of the military.” 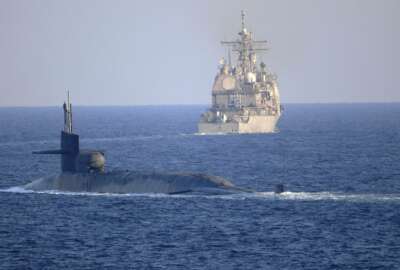 First look at Senate NDAA adds $35B to DoD, takes all nonmilitary crimes out of chain of command