A look into the ramifications of those lost Secret Service messages

Text messages you send for official business on a government-issued phone are official records. Now the Secret Service has famously lost hundreds of thousands of texts, reportedly because of a phone system switchover. The Jan. 6 hearings were mostly about former President Donald Trump. For what the Secret Service might face legally, federal legal eagle John Mahoney...

Text messages you send for official business on a government-issued phone are official records. Now the Secret Service has famously lost hundreds of thousands of texts, reportedly because of a phone system switchover. The Jan. 6 hearings were mostly about former President Donald Trump. For what the Secret Service might face legally, federal legal eagle John Mahoney joined the Federal Drive with Tom Temin.

Tom Temin  And aside from the politics surrounding all of this, the Secret Service has a real legal issue on their hands. And let’s begin with texts. Those, as I said, am I correct, are federal records under the preservation laws?

John Mahoney  Yes, yep. The Federal Records Act requires that federal agencies maintain accurately all federal communications records, including text messages, and emails and correspondence and telephone calls, etc. etc. That’s all the property United States and the people of the United States. So the agency, the Secret Service, had a duty under the Federal Records Act to secure and maintain those text messages. Also, under the Privacy Act, they had a similar requirement to maintain accurate records in their systems of records under the Privacy Act. And the violation of both statutes is potentially criminal.

Tom Temin  And there’s no surprise to this. I think the e-mail arguments, and to some extent the text arguments, go back to the Clinton administration, when email itself became something ubiquitous in the federal government and there were all the arguments over can you print it and save it or save it electronically? Pretty much I gotta save it electronically the way it was generated, correct?

John Mahoney  Yes, it’s got to be saved in its inherent format, the format in which it was created and communicated. So the Secret Service had a duty to maintain those records and I think the evidence is shown that, you know, the Secret Service did direct its agents to backup and maintain those text messages and that the DHS, the Department of Homeland Security’s inspector general, had requested those documents, you know, in the December, January timeframe of 2020 2021. And despite the fact that the Records Act requires that they be maintained, and that the Privacy Act requires that they be maintained under criminal penalty, and the fact that the IG requested them timely before they were migrated “into oblivion,” the agency disregarded that. The issue there is why. The Secret Service has very important cybersecurity responsibilities, and the national security world, and they’re supposed to be experts at cybersecurity prosecutions and criminal issues. So I just, frankly, have a hard time believing that the Secret Service lost all of these text messages and that they can’t recover them. I find it shockingly disturbing that if that, in fact, is true, that it was purely negligent and that they didn’t mean to lose them all, especially when they were already under IG requests. I really think the end result is that the Justice Department Public Integrity Unit needs to start an investigation and have the FBI investigate the Secret Service as to what happened and why.

Tom Temin  And there’s a timeliness issue here and a timeline issue. These were requested by the Inspector General. Isn’t an agency component required to comply with IG requests quickly?

Tom Temin  We were speaking with Attorney John Mahoney who specializes in federal labor and national security issues. And then given the fact that between the request from the IG and the long period of time before the loss was admitted that the phone system transfer took place, or the switchover. If someone were conspiracy minded, they would say they were simply dragging their feet till the switchover so that they could blame the loss on that. Not saying that’s what happened. But it could look that way.

John Mahoney  It’s pretty ugly. I think, ultimately, we’ve got secure communications from Vice President Pence’s detail on January 6, which shows that those detail members were so frightened of what they were experiencing on the Hill that they were calling and messaging their family members saying they may not make it out alive. So we know what the vice president’s detail was thinking and talking about. So I don’t understand how suddenly the president’s details’ communications were disappeared.

Tom Temin  What about the individual phones? I know on my phone, I have text messages going back years and years with certain people. And so even if the carrier that I use merged with another carrier nevertheless, on my phone, the texts exist for as long as I have my phone and when I got a new phone, they all transfer to the new one.

John Mahoney  What is the reality is that DOJ and a criminal investigation, the FBI would have far more strong subpoena authority to subpoena those records from whatever the carrier is. I don’t know what the carrier is for the Secret Service, but there is one. So the select committee really can’t subpoena private corporations to produce evidence, but the FBI certainly can. So I think there are a lot of different ways for DOJ to get those text messages. I don’t think there’s going to be necessarily any great surprise in what the agents were talking about. I think a lot of that testimony has come out in the hearings from the select committee, but the issue that the missing link, and I think we’re going to see the select committee look at this harder over the course of the summer into September, and potentially DOJ as well, is was there some involvement by the president’s detail in supporting the insurrection? And that is potentially troubling to the agency?  And there’s a lot of issues involved. I mean, the Secret Service, primarily is a confidential law enforcement agency for the president and his family and the vice president. And so the confidentiality of their communications between their protectee and the protective detail is pretty important, from a methods and means law enforcement perspective. But when it comes down to whether their agents were complicit in a conspiracy to overthrow the government of the United States, that’s pretty serious business. So I think, the select committee and DOJ and need to get their hands on copies of those texts to see what they say. And I think what’s going to happen is that someone’s going to have to pay at the Secret Service for these missing text messages, you know, whether it’s political appointee, or the agents who were involved with January 6, on the president’s detail. Someone’s got to answer questions as to who did what and why. And that’s going to be probably what the select committee will do over the summer, because they didn’t really have a lot of time to digest this before yesterday’s hearings.

Tom Temin  Sure.  Right. And in this whole dispute between Mogul and Celtic, which are the code names for President Trump and President Biden. Suppose these records do come to light via a phone or some other source of the carrier. And if a given agent, turns out that that agents actions and motivations were pure as the driven snow, but nevertheless, the records were lost for purposes of the investigation, is that agent liable for what happened on the server transfer? Or is that someone else at headquarters dealing with the technology?

John Mahoney  Well, it’s certainly someone at headquarters dealing with the technology. And there was a memo that was distributed to Secret Service employees back in December of 2020, which basically said that they needed to maintain records related to the election results and the transfer of power, and that the agents were supposed to upload or protect those records. So I think at the end of the day, management at the agency is going to say, “well, you know, these agents didn’t follow our directive, and therefore they should be disciplined.” But at the same time, I think you’ve got, you know, higher political appointee level, potential liability, in terms of the fact that they were negligent in how they processed and how they tried to protect these records. I think someone at the top is going to have to pay, and whether the agents involved were negligent and failing to follow the agency’s policy to save the text messages. You know, they’re busy people, you know, they’re protecting the president. So it’s not like their email technology people. They’re people with guns who, you know, protect the president on a day to day basis. So that’s not really their job. But ultimately, if there’s a directive that says you got to save these text messages, and they didn’t, then they’re going to fall to.

Tom Temin  Well, I predict there will be a cache of emails about the text system, because it’s always the emails that get everybody.

Tom Temin  Right. Attorney John Mahoney specializes in federal employee labor and national security issues. As always, thanks so much for joining me.

John Mahoney  Thank you, Tom. I appreciate it. As always. 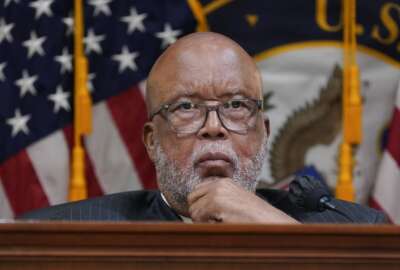 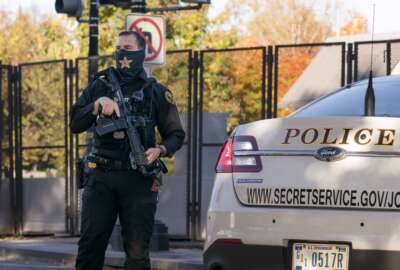