Federal buying season to be largely virtual this year

Can something be virtual and real at the same time? The answer is yes if you’re talking about the end-of-fiscal-year federal buying season. It’s almost here, and the government people,  and contractors for that matter, are just starting to trickle back into their offices. How will that all work? For one prediction, longtime federal sales and marketing...

Can something be virtual and real at the same time? The answer is yes if you’re talking about the end-of-fiscal-year federal buying season. It’s almost here, and the government people,  and contractors for that matter, are just starting to trickle back into their offices. How will that all work? For one prediction, longtime federal sales and marketing consultant Larry Allen spoke to Federal Drive with Tom Temin.

Tom Temin: Larry, how will this work with the buying season about the heat up, and nobody knows who’s going to be back where at this point?

Larry Allen: Tom, that is a confusing standpoint, for this time of year. And as we enter into what should overall be a pretty robust fourth quarter, there is money to be spent after all. Companies I think are going to have to take a new approach to how they reach federal customers. It’s not enough to be able to use the technology — Zoom, WebEx, whatever your platform is — you have to know how to turn it into a marketing tool so that your people are really conversant with how to get the most out of that platform to get the message across just as if you would be if you were sitting face to face with someone. And we know Tom, there probably aren’t going to be a lot of face to face meetings anytime soon between federal customers and their contractors. So if you’re a contractor, it’s not enough to have basic familiarity with online tools. It’s that you really have to know how to use them so that you’re delivering that in person message and trying to do the next best thing to developing that impersonal relationship because relationships do matter. That’s one of the things I’m hearing more and more from people this year, more so than in other years that feds are going to be buying from people who they’re comfortable working with, who they may know from previous interactions, but even if they don’t know you, how do you establish that rapport, how do you establish that commonality? And sometimes you need to be creative. Look for common hometowns, look for common children’s names, whatever it is that you can develop that in person like connection.

Tom Temin: And maybe there is someone else with a daughter named Hortense these days, you never know.

Tom Temin: And you mentioned in your latest column that \the need to develop virtual sales tactics is something that is that really all that new because a lot of companies have relied on telephone sales for commodity type things like software packages and office supplies for a long time. So it sounds like maybe that type of sales technique needs to migrate upwards in the product food chain?

Larry Allen: Well, I think that’s exactly right, Tom. I think what we’re talking about here is building beyond the basic telephone sales call. You’re going to need at least a two maybe three step approach that introductory phone call is going to work better generally than that introductory email, although I think trying both is always a good approach. You know, you don’t want your potential customer, but persistence of course is key. But then take it beyond the commodity type sale, if you’re selling professional services or if you’re selling an integrated IoT solution, you’re going to need to be able to deliver that presentation and that message online in a manner at least as effective as if you were going to be in person and you have to keep into account not just your ability to use the technology, but really the government’s ability to use the technology as well. Keep in mind that they’re going to be likely working from a home office just as you are and even though the these are people that may buy it, there’s a big difference between buying it and getting full use out of what it is you bought. So keeping your message simple, keeping your delivery simple, so that you are would be customer doesn’t have to be become a master of virtual technology overnight. That could be a new phrase, MVT, master virtual technology. But you know, I prefer the keep it simple approach, simple but effective and building on that commodity type interaction so that you can sell and market whatever the solution is you want to get across in the fourth quarter,

Tom Temin: And what is the experience you’ve seen in your clients have seen with respect to how willing contracting officers and other buying influences in a federal office are to Zoom type or video online types of meetings? I guess, maybe not zoom so much, but whatever, WebEx.

Larry Allen: Right, well, I think though, I know I’ve participated in numerous meetings with federal employees over the last six to eight weeks, not all of them have been sales or marketing calls, a number of them have been policy oriented or other topics. But the basic fact is that a lot of feds have embraced online meeting technology, regardless of the platform. If you’re a buyer, if you’re a seller, rather, you’d kind of have to know the platform that your seller is most comfortable with, ask. There are a lot of similarities among the different platforms, but each one has its own quirks. I think that from a technology standpoint, you’re going to have federal buyers that are open and comfortable, and probably would prefer in some cases to have an online discussion. Nobody has to go down and clear you through the security cameras engaged, for example. The bigger thing I think, though is number of companies are starting to tell me that rather than go out and make big, bold new buys, right now anyway, a lot of what’s happening is extending addition deals, maybe adding certain products and services to existing contracts or task orders. So that’ll be something that I would be looking at regardless of the sales or marketing technology you’re using. There may be opportunities, there always are in the fourth quarter to sell something brand new. But this may also be a year time when we see a lot of people who they’re not hitting the pause button, but they’re hitting the extension button, keeping something alive that they’re already doing, using a platform that’s already in place and adding some more things to it to get them through the end of the year.

Tom Temin: And we should also note, there’s probably very little opportunity elsewhere to interact with feds. I noticed that the large ACT-IAC group has decided all of its events are going to be virtual through the end of the year and that includes the big Philadelphia confab that’s been going on for you know more than 30 years now.

Larry Allen: That’s going to be a new twist. Indeed, we’ll have to see how that work. You know one of the benefits of that event among others like it Tom has been the ability to have that in person interaction to have the face to face discussions, sometimes with an adult beverage that can help things along, doing that online I think is inevitable given the current environment in which we’re living. But it certainly is going to change how we interact. Still, if those are the opportunities that are provided to you as a contractor, you want to make sure that you’re making the use of that opportunity going online or participating, being prepared Do some dry runs internally so that you know exactly what it is you’re trying to do in terms of positioning yourself. There’s going to be an opportunity for some education for probably somewhat lesser opportunity for those one on one discussions. How do you leverage what you have to leverage?

Tom Temin: Larry Allen is a federal sales and marketing consultant. Thanks so much for joining me, 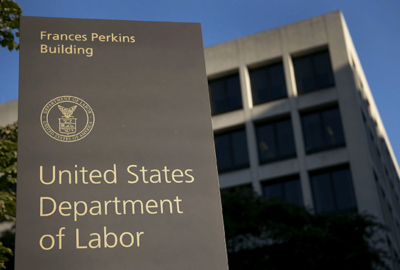 Learning from a contractor dispute from an earlier virus threat