The escalating dispute between the U.S. and China over Chinese telecom giant Huawei has contractors wondering about telecom policy generally. This as they try and keep track of local matters such as which federal offices are reopening and whether contractors will be able to report in.  President and CEO of the Professional Services Council David Berteau joined Federal...

The escalating dispute between the U.S. and China over Chinese telecom giant Huawei has contractors wondering about telecom policy generally. This as they try and keep track of local matters such as which federal offices are reopening and whether contractors will be able to report in.  President and CEO of the Professional Services Council David Berteau joined Federal Drive with Tom Temin for the latest thinking.

Tom Temin:  And David, let’s start with the Huawei situation. There is a sort of collision between rulemaking and statutory implementation dates over use of Huawei equipment by contractors. This one’s getting hot, isn’t it?

David Berteau:
It’s getting hot and time is very short here, Tom. You know, two years ago in August of 2018, Congress passed and the president signed the fiscal year ’19 National Defense Authorization Act, and it included a provision – section 889 – that had a number of requirements. Those requirements largely implemented in two phases. The first phase was last August where contractors were prohibited from using government funds to procure band equipment, including, of course, Chinese telecom from Huawei, etc. The second phase, section Part B goes into effect this August and that’s less than two months away now. And it bans federal contractors from using such equipment. Now, the term “used” doesn’t have any definition in the statute, right? And so there’s some some ambiguity and if you walk through an airport and catch an airplane and the surveillance cameras in that airport are Huawei equipment, are you using that equipment for your official contract actions? Well, by one stretch of definition, you are, by another definition, well, that’s not using – you don’t have any choice. You got to fly on the airplane, you got to walk through the airport. But the absence of any specificity here is causing grave concern. PSC, beginning earlier this year, has put a number of efforts into a legislative proposal it says particularly due to COVID-19 and also due to the absence of any clear requirement or any alternatives, any approved and accepted alternatives to the band equipment. It would make sense to, in order to comply with the law, for Congress to extend the deadline. We asked for six months. Some are now considering a year or more. There’s no agreement exactly yet on that. But we had a big event last week on Wednesday. In her testimony before the House Armed Services Committee, Defense Undersecretary for Acquisition and Sustainment Ellen Lord stated publicly that the Defense Department supports the extension of the deadline, not because anybody wants to be soft on China or help Huawei, but because it’s much harder to execute under the current timelines with the absence of guidance.

Tom Temin: Got it and that’s –

David Berteau: We’re anticipating trying to get that in legislation this year.

Tom Temin: Right, and that could become a political issue, which means there could be opposition to it.

David Berteau: It could be in there certainly is. You had senators speaking out last week saying don’t go soft on China here. One of the problems is the deadline. We do have mark up of the National Defense Authorization Act for FY ’21. The Senate Armed Services Committee has released a summary of that. We haven’t seen the final text yet. We may by the time the show airs, but we haven’t yet. But NDAA will be passed by Aug. 13. And that’s the statutory deadline, right? And so you need to have a congressional vehicle, a legislative vehicle by then. We have proposed at PSC that this extension be part of the next legislation regarding COVID-19, whether it’s CARES Act number two, or whatever that – HEROES Act in house, then that would be a good vehicle to do it. But even there, we don’t know if that legislation will be done by Aug. 13. So it’s really critical that this be addressed. Companies are left in the lurch here, without any clear idea of what to do or how to do it, or when to do it.

Tom Temin: Yes, and it’s more than just philosophical opposition to using the equipment if you if contractors have to change out gear, it could be expensive.

David Berteau: It could be expensive, it would be expensive in many cases. You got to extend this down to subcontractors as well. And and they obviously don’t even have a start on this yet. You don’t have an approved list of what alternative equipment’s there or what the pros and cons of using that alternative equipment be. And in time is too short to actually execute this, it makes no sense to continue with this deadline, it actually ends up helping the Chinese more than it hurts them by doing it wrong instead of doing it right.

Tom Temin: Got it. We were speaking with David Berteau, CEO of the Professional Services Council, and overlaid with all this is the pandemic response and agencies beginning to at least make reopening plans. Few people trickling back here and there. And it’s not clear that there’s an overarching policy by the government for reopening. It’s left to regional managers and so forth based on local conditions. What have you heard, what are you thinking about whether when they do reopen offices here and there, whether contractors will be let in?

David Berteau: Right. So, many people, the government including, are using the term reopen at PSC because I remember it was actually never closed, they just worked differently –

Tom Temin: And nor did the government offices.

Tom Temin: I prefer that term, yes. Everybody’s been working their butts off.

David Berteau: Exactly. And in fact, productivity in many cases has been up during the last three months from working differently or working remotely, in many cases, both on the government side and on the contractor side. What we don’t have though, is we do have a set of issues that everybody’s dealing with. Companies in bringing their own people back and the government bringing their people back. How do you do this in a manner that’s safe for the employees? How do you do it in a manner that’s consistent with the structure of the facility? You know, you can’t put 20 people on an elevator the way you’re used to, or even have them all stand in line to get in the door in the morning, right? And so, there are a lot of issues that come up. What we’ve seen so far is no consistent guidance from federal agencies, and in many cases, no written guidance that applies to contractors. The guidance only seems to apply to the federal civilian or the uniformed personnel employees. And so PSE is of course working to say, hey, you got to think about the contractors as you do this as well. Do you want us to come back? If you do, how do we do it safely and productively as well? This is an issue that’s going to have to play itself out in real time. And I’m afraid we’re going to make some mistakes before we get better. The other thing, of course, is there’s still so much we don’t know about the disease itself. What does it take to infect you? How do you get infected? You saw last week, a little bit of a uproar over do asymptomatic persons infect people or not? And I think in the course of 24 hours, we have five different positions on that question. And so the knowledge base that we would like to have is also still forming as well. So mostly, you know, for my members, their employees are their supply chain, right? It’s not like they’re in the business of components. We’re in the services contracts business – people are the most important thing. You got to protect your workforce. And so that’s the primary goal and objective across the board.

Tom Temin: And I was just thinking With all those elevator rules coming to all the buildings, it could be an hour wait to get up to the tower club.

David Berteau: I believe that there have been calculations that for particular high rises, not so much in Washington, D.C. area, but perhaps in New York City, it would take four hours for the workforce to get to the office and then four hours for them to leave. That doesn’t leave you a whole ot of time to get work done.

Tom Temin: No. So everyone’s going to be pecking away on their computers in the lobby. And just a final question, while we have a minute – NDAA, National Defense Authorization Act, it seems that it’s starting to be formed. I mean, there’s work going on, there’s going to be markups. What are you expecting or hoping at this point?

David Berteau: Well, this would be the 60th year in a row in which a National Defense Authorization Act will be enacted by Congress, which is a string that’s matched only by appropriations, and in fact, sometimes not even appropriations for some agencies, right? And so we have high confidence that the Senate and House Armed Services Committee will reach agreement and there’ll be a law signed. The NDAA has a lot of provisions in it, obviously it provides the authorization for the military, but from a PSC point of view, the more interesting elements and the more important elements are often those related to contracts and contractors, right? Every year Congress says we’re going to have fewer changes in acquisition laws. And every year they end up with more or last year they had so many that their numbering system failed and they had to loop back and start putting letters in as well as numbers.

David Berteau: We do at PSC have a number of provisions that we’ve recommended. In fact, I can provide you a link to our letter, so that you can post that as well. And we continue to work with the committees as they mark up and the floor amendments are presented as Congress moves forward.

David Berteau: Thank you, Tom. Look forward to the next time.

Even the small awards matter to the big contractors 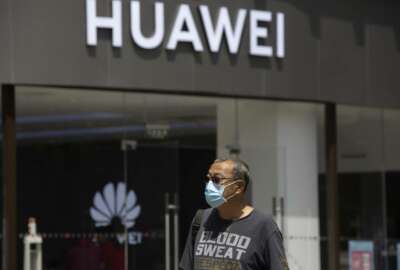