Congress has a long way to go before agreeing on a so-called phase four pandemic relief package. Contractors, especially Defense contractors, might want to focus on previously authorized money. That’s the advice of federal sales and marketing consultant Larry Allen, who joined Federal Drive with Tom Temin with his thoughts.

Tom Temin: Larry, what’s your take on the lay of the land at this point?

Larry Allen: Tom, here we are in August, which is a traditional congressional recess month. Certainly Congress is still around trying to work out a deal principally on this issue. What are they going to do with phase four pandemic funding? And the answer is nobody really knows, two sides are $1 trillion apart. By any stretch of the imagination, that’s a sizable amount of money. There’s a real difference in opinion on what should be included in a package. There’s discussions about whether each side is actually negotiating in good faith. And what we have here is a classic Washington DC quagmire. So, in the meantime, business goes on Tom. And it’s really important that contractors understand that their federal customers have money, that everybody’s fully funded for the remainder of the fiscal year. That it might be nice to think about what ifs. But here we are, in the beginning of August. There are two months to go in the fiscal year. We don’t want to focus on what ifs, we want to focus on what we know what we see in front of us. And that’s what I’m recommending that companies do.

Tom Temin: There is still the basic year end spending that has to be done outside of all of the pandemic. And agencies like you say have their funding for the year. So presumably, people should be doing the traditional things to do to make sure that you don’t leave money on the table as the fiscal year draws to a close and that’s really right now.

Larry Allen: It is right now. Going to be now until the longest day of the year, September 30. I think we’re going to see a lot. Every week, Tom, as we get closer to the end of the year, we’re just going to see an exponential upswing in the amount of business, it really is going to be almost like an avalanche, if you will. So I think it’s a good idea for federal contractors to act accordingly. You should be out, not just knocking on customer doors, literally virtually in this case, but also on working with your partners making sure that they’re aware of you, that they remember you. Your partners and resellers typically have other partners and people they resell for themselves. So you don’t want to take for granted that they’re always going to remember you, you want to make sure that you’re in front of those partners just as much as you are in front of a federal agency customer to maximize the amount of business you can get during the time of year when there’s plenty of business to get.

Tom Temin: Now a side issue in all of this pandemic spending is reimbursement of contractors for costs because they can’t be in federal offices. And there was a great tranche of money for that the first time around, or the second, I guess it was the third bill, but the first big one. And now there’s disagreements between the House and the Senate with that should continue.

Larry Allen: Well, the chairman of the House Armed Services Committee, Tom, has been pretty adamant he’s, I don’t think the contractors need any more money. And we’re talking here really about the CARES Act. And this was something as you mentioned, to fund contractors who had taken a financial hit because their employees could not report to a federal worksite, they didn’t want to lose that expertise, and they didn’t want people to lose their jobs. So Congress said, we’re gonna allow you to bill us for that cost, but it’s really only control tension on there being extra money. Congress provided a little money earlier, but they don’t really seem inclined at this point to provide any more. Pentagon is working, I wouldn’t say slowly at all, but let’s just say they’re working in a deliberate manner to distribute the funds that were originally provided and to see whether there are specific accounts that have more money. But if I’m a contractor, and I haven’t gotten CARES Act money, I’m not going to be holding my breath, and I’m going to have to adjust my financials accordingly. And if I get some extra money, that’s great, but I shouldn’t be counting on it.

Tom Temin: And changing gears here. CMMC, the Cybersecurity Maturity Model Certification program. It’s a defense department initiative. No one’s quite sure how it’s going to look when it finally comes out. GSA that surprised me, they’re jumping in with advice on CMMC. And now NIST is coming in. This is all kind of a confusing and wildcard issue, isn’t it? And one with some big consequences.

Larry Allen: I think CMMC is absolutely very confusing. Bottom line is the Department of Defense wants companies to be certified and CMMC to a certain level in order to do do the business. But there aren’t any certifier out there yet who can certify your company. There are some hucksters out there who pretend that they can, but it’s important to understand that there still aren’t companies out there who have been certified to take you through the process. So DoD may want you to go through the process. They may expect you to go through the process by a certain amount of time, but nobody can go through the process right now. And then NIST came out last week with draft standards that would actually impact some of the CMMC levels. They’re estimating that their new proposals would directly impact CMMC’s level four and five, the upper levels of certification for how you handle controlled unclassified information, so that even if you’re certified to one standard, does that really mean that you’re going to be certified whatever this new NIST standard is that’s now going through the rulemaking process. We don’t know. If you’re a contractor, this has to just be very confusing. And it’s a huge distraction at federal year end. My recommendation to DoD is just slow down, lower your expectations. Everybody knows that if the road isn’t built, nobody can get to the end of the road. And you shouldn’t be expecting people to pull into your parking lot if the road isn’t built.

Tom Temin: Yeah it sounds to me like the whole certification certifiers process is like son of FedRAMP coming crawling out of the woods here.

Larry Allen: That’s a really good analogy, Tom, I think that’s a lot of people are thinking that a lot of people are thinking of this is another hoop I have to jump through and DoD saying now it’s not going to be anything as extensive as FedRAMP in terms of money or time, but that’s relative, It still takes hundreds of thousands of dollars to go through the FedRAMP process. So, hey, if the CMMC process is half of that, now that could only be 100, maybe $200,000 instead of a half a million. So it’s not inexpensive. It’s just less expensive by comparison, and it still ties up a company’s resources. Now, defense contractors, I don’t think mind doing this. They want to set themselves apart. They want to be responsive to their customer. So if you’re going to set a standard, you have to give time for people to meet that standard and be certified in it. And you can’t constantly be changing that standard. at the same time you’re trying to set up the program. And that’s what’s happening now.

Tom Temin: And getting back to funding with Congress. The House mostly done with its bills, the Senate still has to do a lot of work on the budget. It looks like we’re on the glide path to a continuing resolution. What’s your handicap?

Larry Allen: Oh, I’m going to go out on a limb Tom and say, we’re absolutely going to start FY21 under a continuing resolution. It really is remarkable in one sense, the House of Representatives, as you’ve mentioned, has completed all of its initial work on its appropriations bills, of course, in so doing they knowingly attached provisions that would not pass muster in the Senate. So those would have to be worked out before you could get anything done. The Senate though, really hasn’t taken any progress at all. This is kind of the second year in a row that we can say that where the House got most of its stuff done, the Senate’s well we’ll get around to it. So we’re going to definitely have a continuing resolution at the beginning of the year, we’re certainly not going to have any final spending measures until after the November elections. How far after the November elections, my crystal ball doesn’t have that degree of clarity. We’ll have to talk about that later. But I don’t think anybody should be expecting full year appropriations until December at the earliest.

Larry Allen: Exactly right. Congress has gone out and told the administration that they’re not going to include funds for a new FBI building. The administration wanted to attach FBI building funding to the pandemic spending measure. They got a firm rejection that that was not going to happen. So I sympathize with people that have to report to that building still, it’s not in great shape but it is going to be what you have for the next little while.

Tom Temin: Just duck when you walk by so you don’t get hit by falling concrete. Federal sales and marketing consultant Larry Allen, thanks so much.

Larry Allen: Thank you. I wish your listeners happy selling. 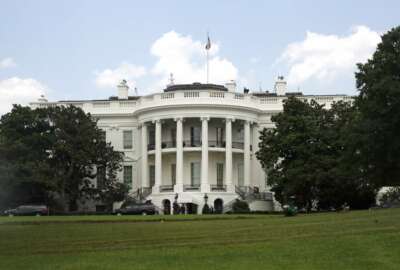 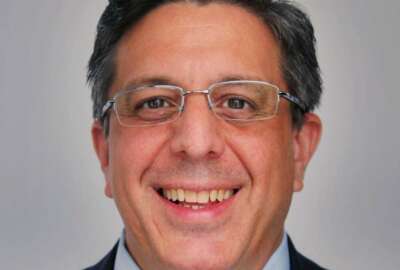 Government contractors and financing a post-coronavirus ‘reboot’ of the economy