Contractors should be less shy telling government what they think

Contractors should be less shy about telling the government what industry thinks the government needs. True, agencies often release requests for information from industry. But often agencies with requirements have trouble getting industry input. That happened recently to Federal Drive with Tom Temin guest, federal marketing and sales consultant Larry Allen.

Contractors should be less shy about telling the government what industry thinks the government needs. True, agencies often release requests for information from industry. But often agencies with requirements have trouble getting industry input. That happened recently to Federal Drive with Tom Temin guest, federal marketing and sales consultant Larry Allen.

Tom Temin: Larry, tell us about these incidents when in your words, the government was begging for information from industry.

Larry Allen: Tom, the first incident was a meeting I was in last week where there are a group of contractors on the phone and some people from a federal agency, the people from the federal agency made it very clear at the outset that they weren’t there so much to give information about their procurement, which isn’t even in the draft RFP stage yet. They really wanted input from industry about what they saw in terms of best practices from other contracts, will it be a good way to attract innovative solutions? Even things like what’s a realistic timeline for us to proceed on if we want to add some of these new innovative features to our program? And they got crickets. And I’m listening to the conversation on the phone, and you could tell the government people, Tom, increasingly wanted the input and they weren’t getting it. The contractors were there to get information, not give it. And I thought to myself, this is just the most latest example of a missed opportunity. missed opportunities where contractors somewhat regularly, Tom, don’t provide input to government when asked. And what I’m writing about is contractors shouldn’t just be reactive to what agencies put out in terms of an RFP or an RFQ. Or even as you pointed out at the top of this segment, an RFI. In order to even issue an RFI, an agency has to have some idea of the basic parameters of what it is they’re looking for. Contractors can’t expect their government clients to be everywhere at once or to be up on the latest commercial industry changes. You have to be able to reach out and be proactive with your message. Your government customers are telling you they want that.

Tom Temin: Do you think contractors are worried about being seen as helping to wire a contract or solicitation? Or conversely, if they give too much information, they would be ineligible for having some kind of an organizational conflict of interest?

Larry Allen: Well, I think they certainly are concerned about that type of thing, Tom. But you have to go a pretty long way from offering input in a multi-company setting to shaping and procurement to the extent that it precludes you from bidding on it. I think more likely companies are wary about giving away their competitive edge. If they talk and offer suggestions, they may be giving away some of their business pursuit strategy, either intentionally or unintentionally. And they don’t want to give up that competitive edge. They don’t want to tip off their competitors in a call where there are multiple companies participating.

Tom Temin: Alright, and so therefore, what’s a good practical way to make sure that you can talk to the government?

Larry Allen: Well, I think that even if you’re concerned about giving away some sort of competitive edge, you’re not giving away competitive edge by suggesting that the government look at new technology generically. Five or six or ten years ago may have been recommending that the government take a look at AI. That’s hardly going to give away somebody’s competitive edge, Tom, but it does point the government in a good general direction to go. And of course AI now is something that the government is increasingly researching and actually implementing. But the first five people to direct but to recommend it, or giving away the store, this was a direction that the government was probably going to get to anyway, but industry input helped. Who knows how much more quickly the government could work to innovate and implement best commercial practices or even non commercial practices in terms of new solutions if industry would share a little bit more. And if industry doesn’t want to share that in an open forum, then they should definitely follow up individually, with a call or an email to not comment those to really harm yourself. I ran into this when I ran the Coalition for Government Procurement, the government would come out with a rule change, perspective rule change, they’re asking for Industry comment, the association would go out and ask its members for input. And that would be input that the association would then submit as comments. No one company would have their name attached to that. Even in that scenario, Tom, it was like pulling teeth to get input from companies, ironically only to have some of them complain about the position the association took after we’d submitted the comments, when, for weeks, we’d been begging for people to tell us what they thought.

Tom Temin: And with respect to the incoming administration and some of the values it will have for federal contractors, Larry, you attended a briefing or two lately. And what do you expect with respect to contractor types of rules?

Larry Allen: Tom, I think we can expect to see in a Biden administration some of the traditional democratic rules come back into play for contractors. What we used to call contractor blacklisting. But what it really means is that contractors could find themselves in trouble in terms of government business for things like labor law violations, even if they don’t have anything to do with the government contract performance. Similarly, things like environmental law compliance, things that don’t have anything to do with the performance of a government contract, but nevertheless, would seem to reflect poorly on a company’s overall corporate image. The other big thing that I’m expecting to see we’ve already started to see it this year with personal protective gear is increased domestic content, that is increased calls for having things that are sold to the government being made in the United States, provided in the US. We already have Buy American Laws and the Brady Amendment. But this would take it to a whole new level. Tom, we saw, for example, in one version of the 21′ defense authorization bill a requirement that major weapon systems have I think it was 95% of all of their components made from the US or domestic source. Clearly, there’s a concern about supply chains, in Congress and elsewhere. Clearly, there’s a concern about cybersecurity. And one of the ways that Congress will probably come at this in the next session is to take a good hard look and see what it is we can make in the United States, what it is we can do to secure our supply chains and not be vulnerable to the vagaries of multinational shipping or security.

Tom Temin: Larry Allen is president of Allen Federal Business Partners. Thanks so much. 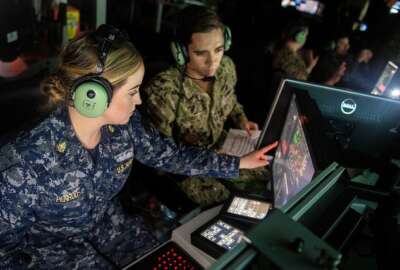 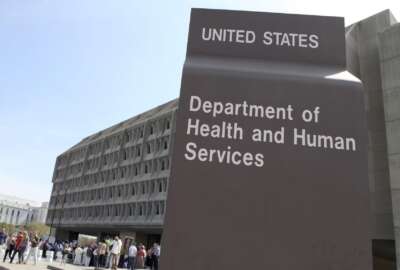