CLARIFICATION: Federal News Network has learned that Don Hadrick has left HHS and taken a new job with the Department of Housing and Urban Development in March 2020.

It’s been 18 months since the Department of Health and Human Services accused four executives in its Program Support Center of wrongdoing.

Since April 2019, HHS decided Al Sample, the well-respected head of PSC; Bill McCabe, the chief financial officer and director of the Financial Management and Procurement Portfolio; Patrick Joy, the head of PSC’s contracting activity; and Donald Hadrick, the chief supervisory contracting officer, should remain stuck at home, collecting their pay and waiting for a decision by investigators.

HHS accused the four executives of alleged contracting problems, including a “missing” $40 million–which was later determined by the Office of Management Budget not to be “missing,” shortcomings with how PSC handled classified information through the DD-254 form process, and an overall lack of policies and procedures and legal authority to conduct assisted acquisitions for other agencies. HHS escorted the four executives out the building two springs ago.

In November 2020, at least three of them seem no closer to getting their situation resolved.

One source, however, said HHS has decided to fire Joy in a classic “CYA” move.

“The investigation found no wrongdoing of the four people,” said one source with knowledge of HHS and PSC, who requested anonymity for fear of reprisal. “The decision has been made to fire Patrick Joy. It was made by a panel which was led by Jay Tyler, the CFO of the Food and Drug Administration. I’m told Patrick will appeal that decision. I think the reason why they decided to fire Patrick was a CYA move because after an18-month investigation, they found nothing. They are probably worried about getting sued by all four men. This is a saving face moment for Scott Rowell, [the assistant secretary for administration].”

Joy, who is a well-respected acquisition executive and worked for HHS for almost 30 years, declined to comment for the story.

As for the others, Sample, who had been PSC’s executive director for more than four years, McCabe, who received the Meritorious Presidential Rank Award in 2015 and also worked as CFO of the Nuclear Regulatory Commission, and Hadrick, who worked at HHS for more than 20 years in contracting, they are stuck at home collecting a check and waiting for a decision. Sample declined to comment, and McCabe and Hadrick didn’t return email requests through LinkedIn for comment.

Contractors still waiting to be paid

As the case made by Rowell and James Simpson, the deputy assistant secretary for acquisitions, fell apart, HHS now is reaching for any reason for why it wasted more than $650,000 a year in salaries paid to the four executives to sit home and wait, while they also put more than $1 billion in federal contracts at risk after PSC stopped offering assisted acquisition services in 2019. The agency continues to this day to delay payment to contractors, causing additional pain on top of the current problems caused by the pandemic.

Industry sources say contractors still are waiting to get paid as PSC plays a “hide the document” game where companies provide requested documents only to have HHS legal teams ask for the same documents over and over again. Then when firms do get paid, the department asks them to accept 90 cents on the dollar in some circumstances. One reason for this may be the amount of penalties HHS has been forced to pay under the Prompt Payment Act, which sources previously told Federal News Network ranged from $4,000 to $84,000.

HHS’s actions of the last 15 months are leaving government officials, industry and now at least two lawmakers deeply troubled by the management decisions made by its executives.

“In light of the concerns related to the PSC, we are interested in ensuring and supporting HHS efforts to improve oversight and administration of the PSC, other HHS revolving funds, and any other non-HHS agency contracting actions by HHS agencies,” Walden and Guthrie wrote in the their letter.

A HHS spokesperson said they couldn’t comment on the status of Joy or any personnel, and that it “takes all congressional inquiries very seriously and will respond in a timely fashion.”

A Republican committee aide said HHS has been less than forthcoming over the past year as they have looked into the situation at PSC.

“We were trying to interact with the department on a less formalized basis than the letter to understand what’s going on. What was the basis of their legal position? What was going on with the fixing problems outlined in previous inspector general reports? What is going on with the three executives under suspension? It would be helpful to know a little background about what’s going on with this office,” the aide said. “We did have a little interaction with department on this. We traded some emails and had a briefing late last year. The department attempted to be as cooperative as they could be, but we didn’t get to what we wanted to know. The fact that they didn’t want to explain their legal position was a little puzzling. They claimed attorney-client privilege. It was strange that they were even doing this in the first place, but now saying it wasn’t legal. We wanted to hear in their words why they reached that conclusion.”

The aide added that HHS sent Garey Rice, the acting head of PSC, to brief them late last year, but he was either unprepared or unqualified to answer many of the committee’s questions.

“We requested another phone call, but we just couldn’t get it scheduled,” the aide said. “The department never refused to make it happen, but the process was going at such a slow pace.”

The committee and dozens of vendors and agencies would like a clearer explanation from HHS over their decision to stop offering assisted acquisition services.

All contracts transferred back to agencies

Even to this day, more than a year later, HHS’s lack of transparency is disconcerting.

When asked about the current backlog of contracts that need to be paid or transferred back to agencies, the spokesperson said, “PSC continues to work with requiring agencies and has processed invoices that have been properly certified by the requiring agency. No contracts remaining in the PSC assisted acquisition service need to be moved to another agency.”

While it’s good news that PSC transferred all contracts back to agencies, more than handful of vendors remain hung up.

A procurement attorney representing companies waiting to be paid by PSC, who requested anonymity in order not to hurt their relationship with the agency, called HHS’s actions “ridiculous” because vendors are being “raked over the coals for technical non-compliance issues. If you performed under the contract, you should get paid, at least some money. Slowly, it’s getting resolved, but it’s been a year.”

Another industry source said HHS owed them about $1 million and paid them only $900,000.

“It was painful,” said the industry official. “We didn’t have the finances to keep everyone working when COVID hit. We had to furlough staff for six weeks. If we had been paid by PSC, we wouldn’t have had to furlough the staff.”

Both industry sources said HHS was using delaying tactics such as asking for documents they had received three-to-six months ago, or asking for information that is rarely asked like requiring proof that the company did a certain percentage of work or whether the agency customer signed off on the end product.

“These are things the government normally doesn’t require as formal proof of acceptance to pay invoices,” the attorney said. “HHS now is asking for all kinds of paperwork, seemingly trying to find reasons not to pay the vendors. Maybe they do not have the money. We really aren’t sure why.”

Alan Chvotkin, the executive vice president and counsel for the Professional Services Council, said it seems most, or all, of the association members who were waiting to get paid from PSC finally have received money.

Chvotkin added that he’s heard from some folks inside DoD that they have been able to bring back almost 600 contracts PSC transferred back to them and worked through any challenges over the last year.

The first source said the recent $2.5 billion award to Verizon under the Enterprise Infrastructure Solutions (EIS) contract, however, may be opening the door to new problems. If PSC can’t provide assisted acquisition services anymore because of the “lack of legal authority,” then providing the services under EIS to the FDA or the Centers for Disease Control and Prevention or other operating divisions, which are considered legal entities outside of HHS, may be breaking the agency’s own rules.

“If their argument is PSC can’t provide assisted acquisition services then the entire EIS program is illegal,” said the first source. “In 2020 alone, PSC charged customers outside of HHS headquarters around $13 million. This was, in some ways, an effort to address the funding shortfalls PSC faces by shutting down its DoD business. PSC was short by $25 million last year because they have staff to support all that work that’s not there anymore. PSC’s overhead costs are still there, so HHS is trying to find a way to dig themselves out of a hole, which is why they are pushing EIS as-a-service model.”

The source says all of these problems come back to poor decisions made by Rowell and Simpson.

“PSC is a mess. People are leaving in droves,” the source said. “PSC morale is at its lowest level ever because it’s completely chaotic and a mess.”

The Energy and Commerce Committee Republican aide said a year after HHS made a decision to stop offering assisted acquisition services, which is something they are entitled to do, there still is too much that is unknown about their rationale.

“We still do not know why there still are officials under suspension, what the impact was on a lot of procurements and contracts and what are the management concerns with PSC?” the staff member said. “When you make a big decision that the agency has been doing something for 20-plus years and now it is no longer legal and there has been a significant amount of activity developed over the years that was considered okay to do, was this the best way this could’ve been managed?”

These are questions many agencies, vendors and four executives have been wondering for the last 18 months, and it doesn’t seem anyone is closer to a clear answer today. 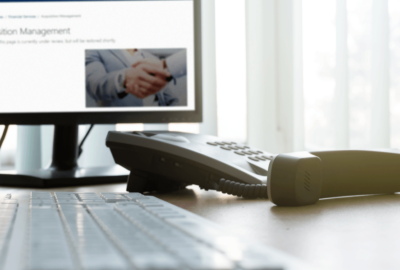