Anyone who thinks they’ve got cybersecurity chops can prove it in an upcoming challenge competition. Sponsored by Microsoft, the challenge is hosted by AFCEA and the Intelligence and National Security Alliance — INSA. You’ll have to hurry, this year as Emerging Professionals in the Intelligence Community, or EPIC, launches in just days. Federal Drive with Tom Temin...

Anyone who thinks they’ve got cybersecurity chops can prove it in an upcoming challenge competition. Sponsored by Microsoft, the challenge is hosted by AFCEA and the Intelligence and National Security Alliance — INSA. You’ll have to hurry, this year as Emerging Professionals in the Intelligence Community, or EPIC, launches in just days. Federal Drive with Tom Temin got details from Microsoft Federal Senior Account Executive Niloo Norton, and Account Technology Strategist Joel Day.

Niloo Norton: Thank you, Tom. Good morning. Pleased to be on and thank you for the opportunity.

Tom Temin: And Account Technology Strategist Joel Day. Mr. Day, good to have you on.

Joel Day: Thank you so much, Tom.

Tom Temin: Tell us about EPIC, first of all — the background here — the emerging executives in intelligence community. What is this program all about?

Niloo Norton: The AFCEA Emerging Professionals in the Intelligence Community is a group focused on developing leaders, networking, and giving back to the community. Our committee consists of mid-career professionals, ages 40 and under, across the intelligence community from both private and public sectors. We’re collaborating on a number of different initiatives, to include this year’s EPIC app challenge hosted at the Intelligence National Security Summit. And we are an extension of the long standing AFCEA intelligence committee. While we have three core pillars that were focused on — where we collaborate across private and public sectors — the part of it that really stood out to me two years ago, Tom, when I first joined the committee, while developing the leadership skills and having the opportunity to network across the community, the piece of it that really meant the most to me was giving back. Given where my family comes from and immigrating to the United States due to religious persecution, the part of the mission that was very meaningful was being part of that fight. Part of the journey with the women and the men that really served silently across the community, they are guardians of the freedom that we have. And, what I wanted to do is outside of my daily work is have an opportunity to really serve in a way that was much bigger than I am.

Tom Temin: And Joel, tell us about the app challenge. This is not the first year. Tell us what it is and how you’ve expanded it a little bit this year.

Joel Day: Yeah, thanks, Tom. So yeah, Niloo had invited me to join her as the co-chair of the app challenge. So in EPIC, we have multiple outreach programs. And the one that stuck out to us was this this app challenge event. The genesis of the app challenge was we wanted to get individuals and teams together with a specific challenge that is focusing on something that the IC (intelligence community) has this as part of their their mission, and have kind of a hack-a-thon or some sort of a competition to bring people together to meet these challenges. So how it works: so individuals and teams can sign up to compete. Teams are judged based on how well they meet the criteria of the challenge. Each year, we come up with a new challenge. And these challenges we take back to the EPIC committee, we have multiple options, and then we vote on which one we like the best. The way that we decided this year’s challenge was we were looking at what was in the headlines, challenges, not only the intelligence community was facing, but private sector, other public sector organizations. We came up with a lot of cybersecurity focused challenges. I thought that that was a great opportunity to not only broaden the availability of talent for the app challenge, but also shift from previous year’s challenges and make it a new focus.

Tom Temin: Sure. And who was eligible to enter either individually or as a team, would it be mid-career people, 40 and under, that are part of the EPIC?

Tom Temin: We’re speaking with Joel Day. He’s an account technology strategist. And with Niloo Norton, senior account executive, both at Microsoft Federal. This year, then they’re not coming up with an app so much as a total solution to a cybersecurity challenge. And tell us some of the parameters they. Like they have to be legal in what they do, they can’t hack into a system illegally and solve that type of problem. But, there’s some pretty tough strictures that they have to meet.

Joel Day: Yeah, exactly, Tom. So, in previous years, we focused on problem sets the required programming or data science skillsets to compete, and we feel that that limited the time types of technical teams that can successfully compete in the competition. So this year, we chose a much broader topic that requires expertise outside of the traditional software development and data science realms. So, technical professionals with deep understandings of modern cyber threats provide so much value to private companies and different organizations, especially those that are inside the IC, and we wanted to highlight the value that these professionals bring in this year’s challenge. So now, a winning team, in my opinion, will be looking at the parameters we put on our website for the app challenge. And those parameters are, look at a modern cyber threat, and describe how it works, describe how you can mitigate against it, or how you could prevent similar attacks in the future. In my mind, you would need to borrow technical talent from multiple different disciplines. You’re going to want to have the traditional developers and the data scientists, but you’re also going to look at your information assurance professionals — your cybersecurity experts — bringing them in to this challenge, having a team that has folks across those disciplines, that to me is what a winning team would look like at this year’s challenge.

Tom Temin: And Niloo, tell us who the judges are, because they look like some heavyweights from the government sector, you’re really trying to benefit here.

Niloo Norton: Tom, we are really excited to have three senior executives across the government join us and participate in this year’s challenge. We have Col. Candace Frost, Miss Lisa Bennett, as well as Miss Yvette Nonte as part of the judges panel.

Tom Temin: We should point out that Col. Frost is in the Army, Lisa Bennett is a senior intelligence officer in the U.S. Army Training and Doctrine Command, and Yvette Nonte is a national defense strategy integrator in the office of the Undersecretary of Defense for Intelligence and Security.

Niloo Norton: And we are absolutely thrilled to have the participants this year have that level of exposure. Typically when private sector is pursuing an opportunity to really have their solutions showcased in a meaningful way, it is unlikely to have an opportunity to really have that conversation at a higher level, and have the exposure to the senior leaders across the intelligence community. So, in our opinion, while the cash prize for the winning team is certainly an incentive, it’s really that exposure across senior leaders, across the government, as well as AFCEA’s leadership, that is really the golden token for participants to really want to be part of this challenge this year.

Tom Temin: And you mentioned the prize, what do the winners get?

Niloo Norton: The winning team receives $5,000 in cash, and the second team receives $1,000 in cash prize. In my humble opinion, when there is a winning solution of this magnitude, it really serves the community when it is a IC-wide initiative and not just something specific to one agency. It’s really a broader collaborative effort here that we’re looking to achieve.

Tom Temin: And Joel, what happens to the pieces of intellectual property thus produced? Can the government say, hey, I’d like to try that, or what happens?

Joel Day: That’s a great question. So in past competitions, contestants have had requests to do demonstrations of their solutions before they’ve even left the state.

Joel Day: Oh, yeah. Very much like Shark Tank. Oh, yeah, exactly. And even if you don’t win first place, you may have a solution for a problem that someone in the audience may have, and they want to come up and talk with that team beside the competition. And in fact, as Niloo mentioned, the press releases for the winning team last year for Nokia, they were republished in different news organizations globally. So, the the reach of the publications is not just limited to inside the intelligence community.

Tom Temin: And very briefly run through the deadlines here. They’ve got about a week to register as a team?

Niloo Norton: Sure, Tom. The deadline for contestants to register to participate in the challenge is next Friday, Aug. 20, at 5 p.m. We would be thrilled to have as many participants join us this year as we are really excited to learn about the big-splash ideas everyone has across the community

Joel Day: To add on to that, so the competition will be Sept. 13 and 14. And to sign up, the EPIC apps challenge is hosted on the intelsummit.org website.

Tom Temin: And we’ll post that link at federalnewsnetwork.com. Niloo Norton, a senior account executive, and Joel Day, account technology strategist, both at Microsoft Federal, great having you both on.

Niloo Norton: Thank you so much, Tom, and we’re looking forward to seeing everyone at the summit.

Joel Day: Thank you so much, Tom. 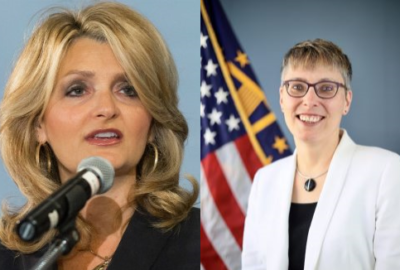 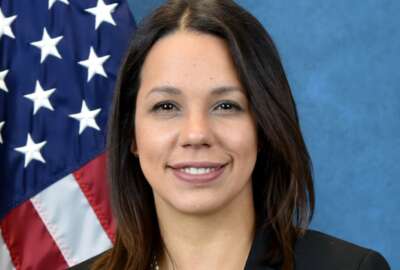