The government spends more than $90 billion a year on information technology, and as anyone involved in the procurement process can attest, that process is far from perfect. Now the Office of Management and Budget and the General Services Administration are turning to online crowdsourcing to help make it better. The new series of challenges is called...

The government spends more than $90 billion a year on information technology, and as anyone involved in the procurement process can attest, that process is far from perfect. Now the Office of Management and Budget and the General Services Administration are turning to online crowdsourcing to help make it better. The new series of challenges is called Engaging Procurement Ideas to Consider — or ‘EPIC.’ The first one wrapped up at the end of June after gathering 1,700 responses. Lesley Field is the acting director of OMB’s Office of Federal Procurement Policy. And Laura Stanton is assistant commissioner for the IT category in GSA’s Federal Acquisition Service. Federal News Network’s Jared Serbu welcomed them to Federal Drive with Tom Temin to talk about how EPIC works.

Tom Temin: The government spends more than $90 billion a year on information technology, and as anyone involved in the procurement process can attest, that process is far from perfect. Now the Office of Management and Budget and the General Services Administration are turning to online crowdsourcing to help make it better. The new series of challenges is called Engaging Procurement Ideas to Consider — or ‘EPIC.’ The first one wrapped up at the end of June after gathering 1700 responses. Lesley Field is the acting director of OMB’s Office of Federal Procurement Policy. And Laura Stanton is assistant commissioner for the IT category in GSA’s Federal Acquisition Service. They spoke with Federal News Network’s Jared Serbu about how EPIC works. Field speaks first.

Lesley Field: We really wanted to promote broader and more effective communication with stakeholders and others that are interested in federal acquisition. And crowdsourcing is helping us to do that. So the platform we’re using is providing an easy way for anyone with an EPIC idea to submit them to us. And then we’re able to quickly see their ideas and then the comments submitted by other people. And through this campaign, we’ve been able to hear from a broad and diverse group of people on important procurement topics like IT vendor communication and collaboration. And that’s why we teamed up with the GSA’s IT Vendor Management Office, or the ITVMO, which we help stand up with GSA, NASA, NIH, and DoD to impart help agencies make smarter IT buying decisions by providing specific acquisition intelligence around common IT buys. And both the ITVMO and OFPP are interested in learning from, and actively engaging with the vendor community, especially owners of small disadvantaged businesses throughout the country.

Jared Serbu: But were there specific problems with IT procurement that you were trying to solve here, or is this just a way to cast a broad net to see what kinds of good ideas might be out there?

Laura Stanton: So this is Laura with GSA. And this is really an opportunity to cast a broad net. One of the things that I think about when I think about the EPIC campaign is that it’s a way to bring together on a virtual platform, sort of the conversation, the brainstorming, the casual interactions that you’d have if you were sort of meeting with people, rather than in a structured environment. So often, our conversations are highly structured through the RFI process or through the feedback process. And the EPIC campaign gives us a chance to sort of frame out some challenges, and some ideas in front, and ask for the feedback of the community and ask for that engagement. And that’s, I think, one of the really exciting things about it. It allows voices to be heard that we wouldn’t necessarily hear otherwise.

Jared Serbu: So tell us, to the extent you can, some of the feedback that you got. Were there commonalities and some of the responses that you received, or one or three things that just blew your minds?

Lesley Field: This is Lesley, so with respect to EPIC, we’re really interested in those ideas where procurement can advance some of the administration priorities. One idea, for example, called for increased transparency on the phases of the acquisition process. With longer forecasting, vendors can better participate and anticipate some of the upcoming opportunities. So I think that’s a key area. And we’re certainly going to look to our industry liaisons to help us with that. Another idea of calls for the creation of vendor industry working groups and regular meetings to allow for information sharing. So, one suggested example was the creation of a supplier board that brought together certain suppliers in different areas where the government has a significant amount of spend. The purpose, of course, would be to take advantage of the collective expertise of these members. And so these are the kinds of very specific ideas that are I think are going to be very helpful to us.

Jared Serbu: And to the extent that anything that you heard back makes its way into policy, any thoughts you had on what the timeline for that sort of thing might be? And will folks know, hey, my idea is now government policy?

Lesley Field: This is, Lesley, that’s a great question. So I think we are just sort of kicking off what the sort of the power of this campaign could be. And our goal really is to create a diverse group. And just to give you a little bit of background on the folks that have been contributing, and then we can talk a little bit about where the all those ideas go, but as of today, we have over 1700 people from 33 different states that have registered to participate. And of the 1700 registered to participate, more than half of them are non-Feds, and include business owners who are women or people of color, small disadvantaged businesses located in hubzones and rural areas, minority serving institutions, as well as advocacy organizations and academic institutions. So, when you think about that great input and that broad reach there, we’re going to get lots of good suggestions and the team will of course take those back. We’ll work with the community to refine them. And then figure out sort of where they go. And then the next step, of course, would be for any policy changes or suggestions for new ways of doing business, we certainly would make that as public as possible so that folks can see where those ideas went.

Laura Stanton: Yeah, and I wanted to build on that a little bit, Jared, this is Laura. When we were doing the IT vendor management campaign, a couple of the ideas was, they’re less policy oriented than they are perhaps best practices and engagement opportunities. Like get industry to contribute on requirements came from a federal employee in the D.C. area. There was another one that was submitted by a small disadvantaged veteran-owned small business owner outside D.C. that was really talking about filling the post RFI black hole. So really, they were asking for, where is there opportunity for collaboration? What can the government do, when we get RFI responses, to be more transparent about sharing back what we heard from industry, and releasing those broad concepts of the information learned from those RFI submissions? And I think that’s exactly it, that when there’s contributions made, people want to be able to see what happens with those contributions. Just like you’re asking about the ideas, we’re getting the same feedback for when a vendor takes the time, they want to be able to see what happens with it. And they also were encouraging agencies to publish a list of vendors that responded to RFI’s to promote that transparency and collaboration between government and industry. So, I think that as we get into the campaigns, we’ll see probably a gamut of ideas that are anything ranging from best practices to something that would potentially impact policy. I think that’s the value of soliciting ideas this way.

Lesley Field: Right. Laura, this is Lesley. I agree. And I think one of the great things that we’re doing here is we are coordinating with some of our subject matter experts to take a look at the ideas and figure out exactly how they apply. And these experts could include senior procurement executives, frontline contracting professionals that we like to talk to. In groups with specific responsibilities, we talk a little bit about the industry liaisons, we’ve also got acquisition career managers. So, I think the goal is really to find the right people to help us think through the ideas, what they mean, and how they could be applied. And so, I think it’s a really great opportunity for everybody.

Jared Serbu: It seems like the thing we keep coming back to here is casting a wide net and engaging both with the workforce and industry means the future of how you engage probably is not an industry-day, in a building in Washington, D.C., anymore.

Lesley Field: Right. And this is Lesley, I think we have learned a lot from our experience during the pandemic. I think the virtualization of the acquisition function happened very quickly, I think we’ve learned some important lessons that we can reach out and sometimes even to a broader audience, I’m using some of these tools. And so, sharpening our skills there, I think will be important. And I think this is certainly a good first step.

Laura Stanton: And on the flip side, I think we also, this is Laura, through this campaign, it’s not just coming into a single agency, but to Lesley’s point, we’re working across those teams, stakeholders, executive steering committees, when it comes to the ITVMO that cross agencies. NASA, NIH, GSA, DoD. So, those ideas are getting broad reach inside of the federal government too, not only coming from a broad audience, and of stakeholders, but also then on our side being received by a broad audience.

Jared Serbu: Last thing just to wrap us up, what were your key takeaways from the use of this idea of scale platform and doing a challenge like this? Is it something that you could see yourselves doing more of in the future to help inform policy and best practices?

Lesley Field: Oh, yeah, this is lovely. Absolutely. I think when you think about, we talked a little bit about the broad reach, I think that’s been incredibly important. I think setting up separate campaigns for different issues. Every agency is very busy looking at a number of priorities and initiatives, and getting that kind of specific feedback from a broad audience is incredibly important. So I see this as a tool that we plan to use in the future to reach out to our community, to reach out to industry and all of our stakeholders. 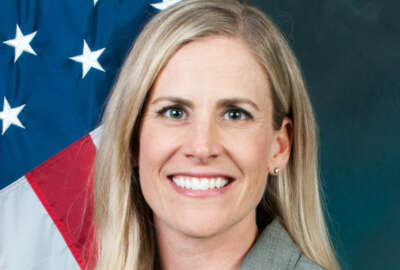 An update on key DoD and VA procurement programs 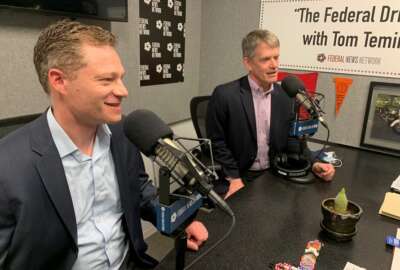