Federal agencies will enroll the rest of the national security population in continuous vetting programs by the end of September, as part of the federal government’s ongoing efforts to modernize the suitability, credentialing and security clearance system.

“Our goal is to have the entire DoD cleared population enrolled in the Trusted Workforce continuous vetting compliant program by the end of 2021,” Marianna Martineau, assistant director for adjudications at the Defense Counterintelligence and Security Agency, said...

Federal agencies will enroll the rest of the national security population in continuous vetting programs by the end of September, as part of the federal government’s ongoing efforts to modernize the suitability, credentialing and security clearance system.

“Our goal is to have the entire DoD cleared population enrolled in the Trusted Workforce continuous vetting compliant program by the end of 2021,” Marianna Martineau, assistant director for adjudications at the Defense Counterintelligence and Security Agency, said last week at a meeting of the National Industrial Security Program Policy Advisory Committee (NISPPAC). “You’ll see a significant increase in enrollments this fiscal year as we are working to achieve this goal.”

Continuous vetting, also known as continuous evaluation, is a key component of the federal government’s efforts to modernize the personnel vetting and security clearance process, an initiative known as Trusted Workforce 2.0.

It will take some time before government and industry reaches the point intelligence officials initially envisioned under Trusted Workforce 2.0, where clearance holders can move seamlessly in and out of government and the private sector and agencies rely on a series of automated records checks to keep tabs on employees and contractors in positions of trust.

Instead, agencies are adopting Trusted Workforce 2.0 in phases, and defense and intelligence officials are focused first on deploying continuous vetting capabilities as a substitute for periodic reinvestigations.

Government has been deferring periodic reinvestigations and enrolling those clearance holders in continuous vetting programs for some time now. Despite some reciprocity concerns, the method has helped DCSA and the National Background Investigations Bureau make significant progress on the security clearance backlog in the last year.

By the end of this September, all agencies must enroll their full national security populations in an initial set of continuous vetting capabilities known as Trusted Workforce 1.25, said Valerie Kerben, a senior security adviser for the Office of the Director of National Intelligence’s National Counterintelligence and Security Center.

“We’re working to ensure agencies are capable and ready to enroll in one of these transitional states,” she said. “The ultimate goal for transitioning now is that continuous vetting will satisfy the traditional periodic reinvestigation process. We’re not going to be doing the periodic reinvestigation every five to 10 years. All employees in the national security population and those contractors will be enrolled in a CV capability where checks will be ongoing.”

ODNI and the Office of Personnel Management detailed these requirements and deadlines in a piece of executive correspondence, which agencies received earlier this year, Kerben added.

DoD’s continuous vetting program pulls in unclassified information though a series of automated records checks and is compliant with Trusted Workforce 1.25.

By September 2022, all agencies must enroll in their national security population in a set of higher level continuous vetting capabilities known as Trusted Workforce 1.5.

“There’s just some differences in the capabilities regarding which record checks are being done and certain things the agencies are responsible for doing,” Kerben said. “We are helping our agencies enroll and ensuring to address any of their concerns during the implementation phase.”

The Office of the Director of National Intelligence has its own program, which it also operates as a shared service to a variety of agencies. It alerts agencies to potential red flags on a clearance holder’s credit or financial transactions. It also searches for suspicious transactions, foreign travel or potential links to terrorism, as other examples.

So far in fiscal 2021, continuous vetting programs have received about 19,000 alerts for 14,000 clearance holders. The majority of alerts are related to financial changes or criminal conduct issues, Martineau said.

Meantime, the defense and intelligence community has been involved in a messaging campaign in recent months, reminding security clearance holders and applicants that mental health treatment isn’t necessarily a disqualifier when seeking a position of trust.

The DoD Consolidated Adjudications Facility is reminding its customers through social media and other platforms, and ODNI’s NCSC issued a similar reminder late last year.

“We’re trying to get our message out that simply seeking mental health care treatment is not in of itself why people lose a security clearance,” Martineau said.

There are about 205,700 cases in the security clearance inventory to date, including 34,200 investigations involving industry.

“Timeliness and inventory do continue to fluctuate due to seasonal onboarding and hiring,” Martineau said.

As it has for the last 13 months, the pandemic continues to pose some challenges in processing security clearances. Martineau said 5% of the security clearance cases have been delayed or put on hold for reasons related to COVID-19, though DCSA investigators constantly revisit them.

The inventory for the DoD CAF is up slightly in recent months, but it’s processing most adjudications more quickly than it has in previous quarters.

The CAF has roughly 103,500 cases in its own inventory, including 30,000 matters for industry members. It started six Lean Six Sigma studies to help reengineer CAF processes and improve reciprocity decisions and communication, Martineau said.

The CAF is also exploring an adjudicative assistance tool, which uses machine learning to improve quality assessments, she added. 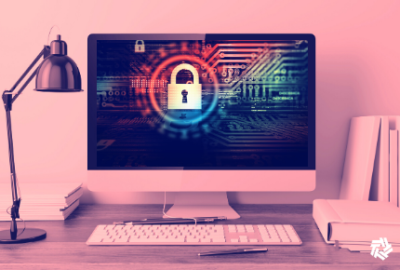