As one way to beef up the workforce of civilian maintenance personnel military officials believe they’ll need to sustain a growing force. Navy and Air Force officials would like Congress to relax some of the hiring restrictions they currently face, including one that requires retired military members to undergo a “cooling off” period before they can be hired as government civilians.

The 180-day waiting period has been on the books since 1964. It was temporarily set aside in the aftermath of the Sept. 11 attacks, but was reinstated last year.

Vice Adm. Thomas Moore, commander of the Naval Air Systems Command, said he believes it makes sense for Congress to abolish the requirement altogether — at least when it comes to in-demand depot maintenance personnel.

“We’re in a competition for talent, not only in our naval shipyards, but with the private sector,” he told the House Armed Services Committee Thursday. “These young men and women that are coming out of our services are technically capable and ready to go into the depots. And if they have to wait 180 days, sometimes we lose the opportunity to get them.”

The Navy faces a large backlog of ships awaiting scheduled maintenance at its government-operated depots, and says its inability to hire skilled personnel as quickly as it needs them is the main constraint it faces in increasing its number of maintenance availabilities.

A new infusion of readiness funding, that Congress delivered as part of a supplemental appropriations package in 2017, let NAVSEA hire 2,000 more employees. Moore said the command is on track to meet its goal of a 36,000-member workforce by the end of 2019, but that money is not the only limiting factor.

“In today’s environment, [with] unemployment rates at 3.8 percent, that is the biggest challenge for me today: How fast can I ramp up?” he said. “So when I go back and have a discussion about what’s executable, it really gets down to how fast can I hire and then train people to be ready to be the artisans that I need.”

A relaxation of the 180-day hiring standards would be especially useful in the cases of former military members who are already highly-trained in the skillsets most needed by the government’s organic maintenance depots, said Lt. Gen. Lee Levy, the commander of the Air Force Sustainment Center.

“If you retire from Minot Air Force Base as a master sergeant and you have a mortgage and a family, if you have to wait 180 days before you can apply, we’re going to lose that workforce,” he said. “And there are not a lot of trade schools in the United States where we teach people how to do maintenance on intercontinental ballistic missiles. It’s the same thing with jet engine mechanics, etcetera.”

Levy said this cooling off period only adds to a bureaucratic federal hiring process that could take an additional four months. And that doesn’t include the waiting time involved in obtaining a security clearance, for positions that require cleared personnel.

“Just for example, my last update took two years. It’s an incredible amount of time,” he said. “I’d like to see us get it done in four months. That’s a stretch goal, but I’m not 100 percent convinced that we’re leveraging technology as much as we should be, and I think there’s some opportunity for compressing … we need to figure out where the real friction points are and drive that down, whether it’s in OPM, DoD, or at the local level.”

The Defense Department and Congress first established the 180-day waiting period as a mechanism for protecting the integrity of the federal government’s merit system. The measure was meant to reduce the risk that military officials would hire well-connected former colleagues for jobs that could be better performed by existing government civilians or other private sector workers.

In Congressional hearings leading up to the law’s passage in 1963, lawmakers heard accounts of rampant abuse throughout DoD, including that military officials would often force civil servants out of their jobs — or eliminate and immediately reestablish the position — so that the job could be given to a military retiree.

Even before the waiting period was set aside in the post-9/11 period, the law always allowed for workarounds. The military can still hire newly-retired servicemembers as long as a waiver is approved both by OPM and the secretary of the military service involved, or in cases of hard-to-fill jobs.

“While there is a waiver authority, the services don’t want to go against the will of Congress,” Levy said. “They’ve been very reluctant to exercise that waiver authority.” 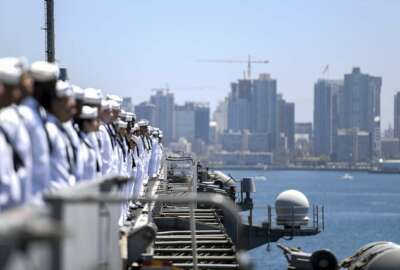 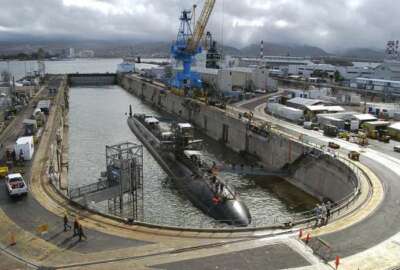