After being hounded by Congress, interest groups, the public, taxpayer advocates and everyone else with a stake in the Defense Department, the Pentagon finally completed its first-ever audit, and the results aren’t surprising: DoD didn’t pass.

The technical term is DoD did not receive a clean audit for the more than $2.7 trillion in assets it owns.

After being hounded by Congress, interest groups, the public, taxpayer advocates and everyone else with a stake in the Defense Department, the Pentagon finally completed its first-ever audit, and the results aren’t surprising: DoD didn’t pass.

The technical term is DoD did not receive a clean audit for the more than $2.7 trillion in assets it owns.

That comes as taxpayers shelled out $700 billion for DoD in 2018 and will give the military $717 billion in 2019. Congress and the President are now posturing over the topline for the 2020 budget, which could be $733 billion or higher.

The results from the audit come out to more than 2,000 findings and recommendations related to DoD financial statements.

The department’s inspector general will release a full report in December that addresses background on DoD financial statement audits, contents of the DoD financial report, the overall findings of the audits, an assessment of DoD’s efforts and progress in addressing the audit findings and other actions DoD needs to take to improve future financial management.

DoD has had decades to prepare for the audit, and every other federal agency has earned a clean opinion since the requirement was first imposed by the 1990 CFO Act. But the department never expected that it would pass the first time.

Patrick Shanahan, the deputy defense secretary, told reporters Thursday at the Pentagon that he hoped taxpayers would see DoD is trying to put in the disciplines that everyone else already has.

“Audits should be fundamental to any effective organization,” Shanahan said. “The fact that we did the audit is substantial. If I’m a taxpayer what I want to see is ‘That’s great you did the audit. How long is it going to take for you to fix those [issues]? And then show me next year it takes less to audit and you have fewer findings.’”

Glenn Fine, the principal deputy inspector general, agreed that it was no surprise that his office had to issue a disclaimer of opinion on the latest financial statements.

“However, the most important thing this year is not the opinion, but that the department takes the audit seriously and seeks to fix the identified deficiencies, which the department is doing. The DoD Office of Inspector General will continue to fully and fairly audit the financial statements, identify any deficiencies, and provide to the department information on what is necessary to fix these deficiencies. This is an important, long-term effort, which we are committed to fully supporting.”

Fine’s office said some of the largest problems uncovered in the audit were IT weaknesses like inadequate controls over access, system changes and security management.

DoD also does not have the right systems to prove the existence, completeness or value of the property and equipment it owns.

Shanahan said some of the compliance issues were irritating to him.

“The point of the audit is to drive better discipline in our compliance with our management system and our procedures,” Shanahan said. “Some of those things frustrated me because we have a job to do, and we just need to follow our procedures, like inventory accuracy. I come from industry where it’s like 99.99 percent, so some of the sample size when they did the Navy audit, they found buildings that they said were on the books that weren’t on the books.”

Shanahan said he was concerned about compliance around cybersecurity as well. He added that the biggest needed reforms are in operations, maintenance and healthcare.

“We spend $50 billion a year on healthcare, and I think what you’ll see in the work we are doing in this future years defense plan is we’ve freed up over 20,000 people as a result of the reforms,” Shanahan said. “When I think of reforms, I think, ‘How do we go faster in the transition of the medical treatment facilities to the Defense Health Agency?’ These things are really going to drive down cost in the system.”

Shanahan said IT is another area to find reforms.

“We’ve literally been shoring up cybersecurity and then as an enterprise been able to establish a higher degree of standardization, which is why this cloud is such a big deal,” Shanahan said, referring to DoD’s ongoing Joint Enterprise Defense Infrastructure (JEDI) procurement. “You’re going to see as a reform category that we have a strong strategy there and a plan.”

DoD IG pointed out a few other major issues found in the audit.

The Pentagon doesn’t have a correct “universe of transactions” either. That term refers to the entirety of underlying, individual, accounting transactions that support a financial statement line or balance.

The May 2016 DoD Financial Improvement and Audit Readiness Plan status report stated, “the ability to provide the universe of transactions is critical. Accounting transactions that support a financial statement line or balance must reconcile to general ledgers and feeder systems.”

Many times DoD is unable to provide documentation to support a transaction or to support the authority for a financial transaction.

The audit also found that DoD does not have corrective action plans to address the material weaknesses found in the audit.

It took the DoD IG and independent auditors a team of 1,000 auditors to complete the analysis of the DoD components, and more than 150 auditors focused purely on overseeing the independent accounting firms performing the audit and completing the DoD-wide financial statement audit.

DoD IG and independent auditors visited more than 600 DoD locations, sent out more than 40,000 requests for documentation, and tested more than 90,000 sample items.

Mac Thornberry (R-Texas), the chairman of the House Armed Services Committee, called the audit results an “opportunity” for future reform.

“As expected, this audit has uncovered a number of matters that Congress and the Pentagon must work together to address,” he said. “We must take advantage of this opportunity to continue our reform efforts and make the Pentagon more efficient and agile. It should not be used as an excuse for arbitrary cuts that reverse the progress we have begun on rebuilding our strength and readiness.” 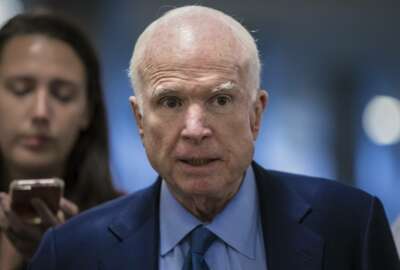 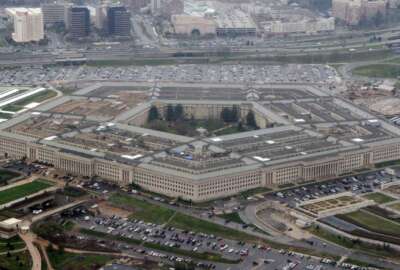 DoD may have a long road ahead to audit readiness