Dunford says the need for military readiness isn’t over

The Defense Department spent the last three years building its readiness with increased budgets, but the chairman of the Joint Chiefs of Staff says the military will need several more years on the same monetary path to stay ahead of near peer adversaries like China and Russia.

“We’ve looked at where we are today and where we...

The Defense Department spent the last three years building its readiness with increased budgets, but the chairman of the Joint Chiefs of Staff says the military will need several more years on the same monetary path to stay ahead of near peer adversaries like China and Russia.

“We’ve looked at where we are today and where we need to be to maintain an acceptable competitive edge in 2020 and we have done the math to justify a 3% to 5% real growth over inflation to meet both the capability and capacity requirements,” Gen. Joseph Dunford said Wednesday at the Brookings Institution in Washington.

Dunford went on to say that the military will need to continue the path of growth it has been on since 2017 in order to maintain that competitive edge.

So what has the United States gotten for the last three years of increased budgets for the military?

Dunford said the growth since 2017 helped the military fill the holes it had in its readiness left by years of unpredictable funding from Congress and sequestration.

“To put readiness in some context, the holes were ammunition shortfalls, lack of spare parts, it was operation and maintenance money for training, and in some cases it also became lack of tails or vehicles either on the flight line or on the motor pool,” Dunford said.

Extra funding in the past three years was used to fix those issues.

“We are now what I hope to be four years into stable and adequate levels of funding assuming we get 2020 at or about what the president’s budget reflects,” Dunford said. “That has made a quantifiable impact on the level of readiness we have.”

The president’s request for defense in 2020 is $750 billion. The Senate Armed Services Committee’s authorization bill supports that request. The House Appropriations Committee budget comes in at $733 billion.

Dunford described filling the holes as unit readiness, but he said the second piece is the overall competitive advantage to project power and achieve superiority in any domain. He said that advantage has continued to erode since 2000 and the military will need continued growth to regain and maintain its advantage, which is separate and distinct from unit readiness.

The military’s constant ask for more money can be frustrating for some who feel DoD is stretching itself too thin against the number of threats in the world.

House Armed Services Chairman Adam Smith said last year that the country needs to stop overreaching. The U.S. was dominant in the mid-20th century, but that was also because the country fought an away-game war while the rest of its main competitors had to recover from the effects of the World War II on their turf.

“That was awesome, we dominated for a long period of time,” Smith said. “But it’s gone. We are going to be a major, major player. Probably the major player on the global stage for a long time to come … but we are not going to be utterly and completely dominant.”

Smith said with adversaries spending money and catching up, companies will move toward those countries as well as the U.S. for investment in state-of-the-art technologies.

“The question is do we cling to this notion of dominance and say ‘Gosh, we have to spend $2 trillion on our defense budget to be as dominant as we were in the fifties and sixties? I think that would be a mistake,” Smith said. “The proper approach is to say, ‘OK we are a major player, what are our interests?’ Part of the key of this is we need to build partnerships, we don’t need to dominate, we are going to need to work with other people.”

Smith said earlier this year that he is likely to support a $733 billion budget for 2020.

The constant struggle between building a bigger military and building a more adept military seems to be coming into play with the 2020 budget.

The 2020 budget is supposed to help push DoD into the next realm of technological superiority and it does that by adding $3 billion more to the research and development fund.

But DoD is also balancing the growth of the Air Force and Navy. The Air Force wants to grow by 25% by increasing its number of squadrons and the Navy wants its fleet to grow to 350 ships.

Dunford said the balance is delicate, but in the end capability should always win over size. 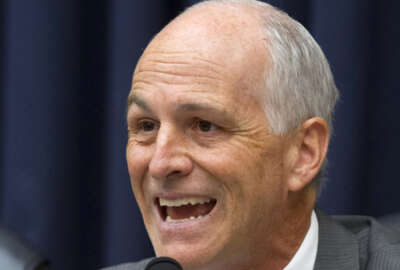