AI could be in military operations as soon as next year

The Defense Department’s artificial intelligence center is expecting a transformative year in 2020 with more than double its budget from 2019 and new projects that further ingrain AI into military operations.

DoD’s Joint Artificial Intelligence Center (JAIC) will embark on a new project next year called AI for maneuver and fires.

“The project will focus on individual lines of effort or product lines oriented on warfighting operations like operations/intelligence fusion, joint all-domain command and control,...

The Defense Department’s artificial intelligence center is expecting a transformative year in 2020 with more than double its budget from 2019 and new projects that further ingrain AI into military operations.

DoD’s Joint Artificial Intelligence Center (JAIC) will embark on a new project next year called AI for maneuver and fires.

That all sounds like a lot of buzzwords, but a real-life example can be found right in your home. Often times you’ll open up Netflix and it will say a show is a 95% match for you based on your past watching habits. Netflix took in all the information from how you and people like you watched and found shows similar to ones you like and recommended them to you.

The military can use technology like that for targets. It can take tons of data on what enemy camps look like on satellite images. Then it can look at a new image and say with a percentage of certainty, based on what it’s seen, that specific areas on a map may be enemy camps. It takes a lot of work away from intelligence officers poring over an image.

That’s just one application of the technology, and it’s not the only plans JAIC has for 2020.

The center is creating a Joint Common Foundation, which Shanahan says is instrumental to JAIC’s concept.

“It will be a platform that will provide access to data, tools, environment, libraries and other certified platforms to enable software and AI engineers to rapidly develop, evaluate, test and deploy AI-enabled solutions to warfighters,” he said. “It is designed to lower the barriers to entry, democratize access to data, eliminate duplicative efforts and increase value added to the department. This platform will reside on top of an enterprise cloud structure.”

Shanahan said JAIC is about to launch version 0.5 of the foundation, and at this point it is only a minimum viable product.

The team is currently putting development, security and operations tools on the foundation. It is also adding machine-learning tools, and will continue to build those out for the next six months.

“What we really want is to build it out to be a platform and we are just in the discussions now,” Shanahan said. “What I want to build with the Joint Common Foundation is an incentive for people to come into the JAIC and get away from all the bespoke solutions that they’ve had to stand up in the department, mostly research labs because they had no other choice.”

A third undertaking by JAIC for 2020 is in conjunction with the Defense Innovation Unit and the military surgeons general.

JAIC is already using AI for things like predictive maintenance to decide when a vehicle needs to be looked at before it breaks down.

All of these new contracts are funded in JAIC’s $268 million request for 2020, a substantial increase from the $93 million appropriated for it this year.

Shanahan said JAIC will get another increase in 2021.

He also added that the lack of a commercial enterprise cloud system like JEDI is hurting JAIC’s efforts.

“For modern AI I need massive amounts of data and massive amounts of computing and elastic at that, it goes up and down depending on my needs,” Shanahan said. “How do I get all of that simultaneously? A hyper-scale commercial cloud. That’s why the future of commercial cloud is so important to the JAIC. This is a discussion that should have been over with five years ago.”

One final thing JAIC plans on doing in 2020 is actually coming up with a definition for AI. The buzzword is floating around so much, but it’s an amorphous concept.

“When people say ‘AI’ what do they even mean by AI?” Shanahan said. 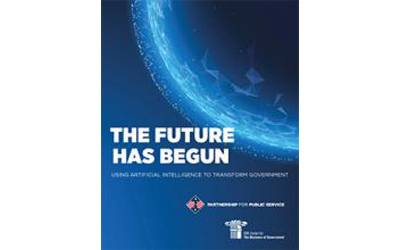 Artificial intelligence is more than a tool, it may be your replacement 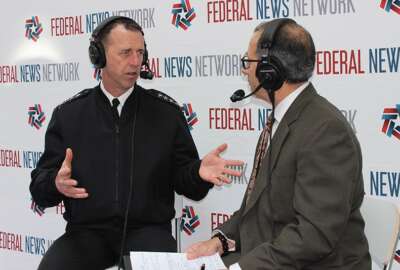