Oracle is seeking to overturn a lower court ruling that found the Defense Department was on solid legal footing when it structured the multibillion dollar cloud contract. The company claims the Court of Federal Claims made “grave” errors...

Oracle is seeking to overturn a lower court ruling that found the Defense Department was on solid legal footing when it structured the multibillion dollar cloud contract. The company claims the Court of Federal Claims made “grave” errors in its ruling, including by brushing aside what Oracle alleges were serious conflicts of interest involving DoD employees and Amazon Web Services.

But in a response the government filed with the appellate court on Dec. 26, attorneys said any alleged improprieties surrounding AWS are now moot because of the Pentagon’s surprise decision in October to pick Microsoft, not Amazon, as the winner of the JEDI contract.

“Indeed, Oracle requested that AWS be eliminated from the JEDI competition, and DoD has effectively granted this relief, albeit for different reasons, by the award to Microsoft,” DoD and Justice Department attorneys wrote in their brief to the Court of Appeals for the Federal Circuit. “Accordingly, the court could not presently grant relief that would redress the alleged errors.”

That’s true even though Amazon is now pursuing its own bid protest at the Court of Federal Claims, they added.

The government spent most of its 66-page brief defending the lower court’s decision — including its findings that Oracle was rightly shut out by DoD’s gate criteria at an early stage of the competition, and that the company had no standing to lodge a pre-award protest, since it couldn’t have won the JEDI award in the end.

But the trial court did side with Oracle on one point, finding that DoD violated a section of procurement law that requires large indefinite-delivery/indefinite-quantity (IDIQ) contracts to go to multiple awardees.

Judge Eric Bruggink took issue with the exception DoD used to sidestep that law: a provision that allows for winner-take-all IDIQs when all of the orders will be at firm, fixed prices that were set at the time of the initial contract.

That can’t possibly be true in the case of JEDI, he reasoned, because the contract specifically calls for the winner to add new services to JEDI over time as soon as they become available as part of the company’s commercial offerings.

On that point, the government argues the lower court got it wrong, because federal agencies routinely modify their long-term IDIQ contracts over time.

The question of whether or not DoD should have awarded JEDI to multiple vendors is important to Oracle’s case. The company contends the gate criteria the department used to exclude it from the competition were arbitrary and irrational in the first place, but it also claims DoD would not be able to use such restrictive gates under a “multi-cloud” version of JEDI, since only Microsoft and AWS could clear them.

But the government’s filing indicates DoD still has no intention of turning back from its single-award strategy — and it has other ways to justify the decision if courts don’t like the one it’s already used.

For instance, the law also allows the undersecretary of Defense for acquisition and sustainment to waive the multiple-award requirement if he or she determines a single award IDIQ is “in the public interest.”

“DoD would not be obligated to re-solicit the JEDI contract if Oracle’s protest were successful due to a violation of [the multiple-award requirement],” according to the brief. “Rather, DoD would likely re-open the procurement, invoke another exception … and re-award the contract to Microsoft.”

The appellate court has not yet scheduled the case for oral argument, and it is likely that DoD and Microsoft will have already constructed at least some portions of the JEDI Cloud before the case is decided.

Dana Deasy, the DoD chief information officer, has said JEDI’s unclassified offerings are expected to be up and running by as early as February, with secret-level services to follow in the fall.

That could change if AWS asks for and receives a preliminary injunction to stop work on the project as part of its own bid protest lawsuit. In court filings, the company has indicated it is keeping that option alive, but thus far, it has not done so. 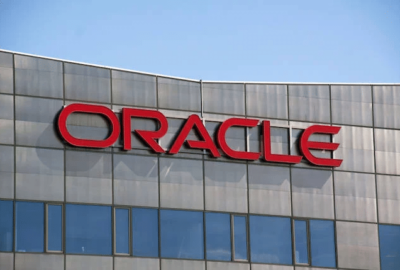