Pete Potochney, acting defense assistant secretary for sustainment, told lawmakers Tuesday that the Pentagon is working with military housing companies to ensure tenants have an established dispute resolution process, the ability to...

Pete Potochney, acting defense assistant secretary for sustainment, told lawmakers Tuesday that the Pentagon is working with military housing companies to ensure tenants have an established dispute resolution process, the ability to withhold rent during a resolution and access to a house’s maintenance history.

“The defense secretary deemed those three rights shouldn’t be the subject of unilateral action for DoD to just do it using the authority Congress gave us and do it by fiat,” Potochney said. “We want to work with the privatization owners and that’s what we are doing right now. They can accept them, we just need to work out the details and that’s what we’re doing.”

They were originally mandated by Congress in the 2020 defense authorization act. DoD released its tenant bill of rights last week without the three provisions — lawmakers and tenants say those are the most important.

“The bill of rights that was approved is missing the three things tenants need to have a level playing field,” Army Col. Scott Gerber, who lived in two toxic mold infested houses provided by the companies, told the subcommittee.

Congress first heard reports of mice, mold, lead paint and other substandard living conditions last February. However, the problem still persists. The subcommittee heard from Linne Gherdovich, a military spouse, whose family is still dealing with housing issues to this day. Her family paid $2,700 out-of-pocket to independently test for mold after the housing companies kept using their own inspectors who said the house was fine. The independent inspector found toxic levels of mold in the house and that it need remediation.

Potochney said DoD still has issues performing proper oversight over the housing companies because of staffing issues. Congress gave DoD $140 million to hire more staff in the 2020 defense budget and the Pentagon is currently using that money to hire more people.

Gerber said the bill of rights still is not enough. DoD needs to provide external housing inspectors that provide unbiased assessments of the houses.

The company representatives stated they have not completely fixed housing issues, but have hired more staff, streamlined their processes for work orders and made it easier to submit work orders.

Heath Burleson, partnership advisor for Corvias Group suggested that some of the issues with housing stemmed from unstable funding.

“Individual service members’ basic allowance for housing (BAH) is fundamentally the only source of revenue that funds the entire program. And yet, for nearly a decade, BAH has been under downward pressure,” he said. “Congress slowed the rate of growth in BAH by one percent per year until service members were receiving housing stipends that were 5% less than market rates. For on-base privatized housing, it meant that rental rates were capped at an artificially low BAH rate that failed to provide enough funding for long-term reinvestment and short-term operations and services.”

Subcommittee Chairwoman Debbie Wasserman-Schultz (D-Fla.) said it was still the responsibility of the housing companies to take care of their residents and called the contract structure a “gravy train” for housing companies.

Potochney said he thought the companies did a fairly good job in negotiating the 50-year contracts, but sometimes unexpected hits like natural disasters hurt the bottom line for companies.

Rep. Ed Case (D-Hawaii) said he understood, but added it is the responsibility of the company to negotiate the contract in a sustainable way, which is why 50-year deals are negotiated conservatively.

“BAH can fluctuate wildly, it can go way up, it can go way down,” said Elizabeth Field, director of defense capabilities and management for the Government Accountability Office. “It’s not clear that the BAH really is the appropriate number for the locality that it’s designated for. We need to figure out exactly how it’s calculated and why.”

GAO is doing an audit on the issue.

GAO issued a report on military privatized housing in 2018, which found the system looking at the long-term financial viability was lacking. 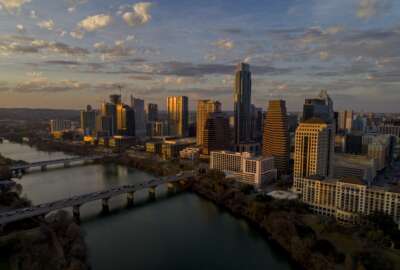