The Defense Department and Congress were hoping for transformational change with the creation of a high-ranking chief management officer to oversee changing to the way the Pentagon runs. In the end, it didn’t get that, according to an influential advisory board. But the same panel thinks there are some ways to make a real impact on overhauling the business processes in the department.

A report from the Defense Business Board lays out three options its...

The Defense Department and Congress were hoping for transformational change with the creation of a high-ranking chief management officer to oversee changing to the way the Pentagon runs. In the end, it didn’t get that, according to an influential advisory board. But the same panel thinks there are some ways to make a real impact on overhauling the business processes in the department.

A report from the Defense Business Board lays out three options its members think will drive DoD to function more on par with near-peer competitors like China when it comes to acquisition, management and budget.

“There is no silver bullet,” Arnold Punaro, a member of the board told Federal News Network. “There are advantages and disadvantages to every option.”

However, the board thought the three options it laid out for Defense Secretary Mark Esper were better than a CMO office that fails at its congressional mandated responsibilities. The board came to that conclusion through more than 90 interviews with DoD officials and analysis of CMO tasks and best practices.

The consensus from the board and others was that DoD never really fully implemented the CMO role.

“The report confirms that the CMO position is not working out very well and that’s true over multiple administrations, over multiple CMOs, most all of whom are really good, capable people,” House Armed Services Committee Ranking Member Mac Thornberry (R-Texas) told reporters on a call last week. “The intention we had with the report is giving the defense secretary the ability to look at the findings and work with us to figure out what option makes the most sense. That’s where we are now, we’ll need time and DoD will need time to digest.”

Punaro said he was willing to admit the CMO position was doomed from the beginning.

“The department never really accepted it and set it up for success,” he said. “The organizational structure has not worked and the culture doesn’t support it.”

The board found the CMO didn’t deliver on its mission of business transformation, mostly not because of the failings of any of its leaders, but because it lacked the authority to drive change. The authors noted that unlike the CMOs of the military services — the undersecretaries — the DoD CMO doesn’t control people, budgets or data. Without that, “DoD culture ‘ignores’ or ‘waits out’ transformational or budgetary changes,” they wrote.

“[Military service and agency] leaders often choose to not fully comply with transformative efforts, as the CMO has no leverage to compel their compliance or sometimes even their participation,” according to a summary of the report. “Only the deputy secretary of Defense can create compliance in reform for considerations elsewhere.”

The Government Accountability has had DoD’s approach to business transformation on its high risk list since 2017. The CMO office has had significant leadership gaps as well. In the past 12 years the office was held by a Senate-confirmed appointee less than half the time.

GAO did a detailed report last year and found the CMO still had not taken over responsibilities it was assigned for oversight and reform.

“The law gave the CMO authority to direct the secretaries of the military departments on matters over which the CMO has responsibility,” authors of the GAO report stated. “However, DoD has not determined how the CMO will exercise this authority, particularly when there is disagreement between the departments and the CMO.”

The Defense Business Board found the military departments had a low opinion of the CMO office and felt like it hindered their mission and added no value. One reason for that was because it doesn’t have proper control over personnel, budget and data.

The good, bad and ugly

Punaro said to avoid that issue the CMO needs to be ingrained in DoD and its culture to work with the “battle rhythm” of the department, instead of being an outside force.

The report found the department’s organizational culture “overwhelmingly recognizes the deputy defense secretary as the arbiter in this area — not the CMO — due to the office’s control of budget and people and adjudicating enterprise-wide trade-offs.”

That’s why one two of the options to replace the CMO revolve around the deputy defense secretary.

One option is to create two deputy defense secretaries — one focused on policy and strategy and the other on resources and management. The latter would tackle business transformation.

GAO has long favored this approach. The Defense Business Board thinks it will equalize the focus on internal business management and align the organizational structure the secretary’s “CEO focus.”

“Timely decision-making would be improved by vesting the day-to-day leadership in two executive level two officials who will effect appropriate decisions at their level, and when necessary, will ensure that fully coordinated and integrated recommendations are presented to the secretary for final decision,” the board members wrote. “The restructuring of executive authority in two deputy secretaries will strengthen civilian control over the department; restore advocacy at the office of the secretary of defense level; enhance the department’s ability to provide for continuity of leadership under extraordinary circumstances; and provide a natural succession plan.”

There are disadvantages though.

The other deputy defense secretary option is to beef up the deputy secretary’s management role while giving more resources to other DoD organizations, such as the chief information office and the Joint Staff’s force structure, resources and assessments directorate. The hope is to keep decisions within that normal battle rhythm of the department, Punaro said.

The option takes advantage of the current and historical strength of DoD’s structure and norms.

The disadvantage is the deputy defense secretary would have to focus more inward on the management and use the undersecretary for policy for more interagency activities. It would also increase the size of staffs, which Congress has been trying to cut in past years.

A non-deputy defense secretary option is to redesignate the CMO as the principal defense undersecretary for business transformation.

“This person would end up being the deputy chief operating officer focusing solely on business transformation,” Punaro said. “All these other CMO duties would be moved back to the people that used to have responsibility for them.”

It would basically focus a whole office on business transformation and set up a structure more aligned to DoD’s hierarchy.

Punaro said the disadvantage is that is the kind of construct the CMO was under when it started in 2008 and was not successful in the timeframe it had to work.

Outside of CMO alternatives, the board made other recommendations.

For the two deputy defense secretary options, the board wanted DoD to create a performance improvement officer to focus on enterprise business operations and reducing costs.

Overall, the board thinks a director of strategic integration, government and analysis should be established to support integration and tracking of priorities and maintain governance structures.

The board also believes there should be more staff for the Joint Staff’s force structure, resources and assessments directorate, Cost Analysis and Program Evaluation, the chief financial office and the chief information office. 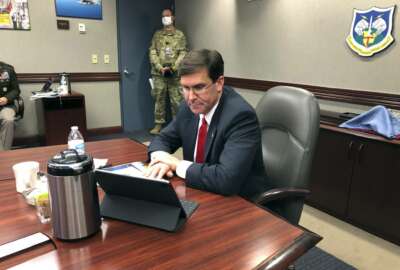 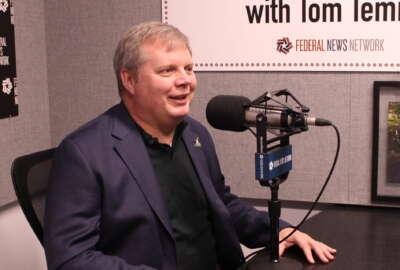 Congress may be turning against recently confirmed CMO role for DoD