JAIC acting Director Nand Mulchandani dismissed concerns brought up by the DoD inspector general, the RAND Corporation and the National Security Commission on AI as old news and said recommendations by those entities have already been addressed.

“Things are moving so fast,” Mulchandani told reporters at the Pentagon Wednesday. “A lot of the reports focused on the early days of the JAIC — standing it up, what the issues are essentially for AI across the DoD. Ironically, it turns out that most or all of the issues were already addressed by the time the report came out. Even while the report was being written we had addressed a couple of those issues. We welcome the report, but things are moving so fast, and JAIC is changing so fast, that many of them are no longer relevant.”

To integrate AI across the department JAIC is using a three-star-level engagement process across the services, combatant commands and other areas.

Mulchandani said there are subcommittees to address different areas of AI which have become the “watering hole” to bring together work across DoD.

“The whole idea is synchronization,” Mulchandani said. “JAIC is not supposed to be the central authority to do AI work. We provide scaling capabilities and certain products. We don’t have a department of electricity because that has been integrated into the system. The hope, and expectation, is there doesn’t need to be a department of AI at DoD because AI is going to get integrated in like mobile and the internet. When these technologies first came out it took time for the industries to absorb that, but now no one has a mobile phone development department anymore. We think that is going to be the case for DoD.”

Congress isn’t exactly sure that synchronization is happening properly though. The House NDAA changes who oversees JAIC.

“We made substantial improvements to JAIC by bringing responsibility for it up to the deputy secretary of defense, and establishing a board of directors over it comprised of both civilian and military leaders, as well as experts in academia and the private sector,” House Armed Services Emerging Threats Subcommittee Chairman Jim Langevin (D-R.I.) said in June.

JAIC is currently under the jurisdiction of the DoD chief information officer.

Subcommittee Ranking Member Elise Stefanik (R-N.Y.) echoed Langevin’s sentiments stating that moving the organization higher up “demonstrates how important this technology is and how urgently it must be integrated into not only our weapon systems, but our healthcare systems, our predictive maintenance efforts, our humanitarian assistance missions and our cybersecurity.”

In response to the provision Pentagon spokesman Lt. Cmdr. Arlo Abramson said, “this is a decision for DoD leadership and Congress. The JAIC remains focused on its mission. ”

The legislation is based on a recommendation from the National Security Commission on AI.

“Direct attention from senior leadership can drive organizational focus and empower coordinating entities to gain service support and move initiatives forward,” authors of the report wrote. “Establishing secretary of defense authority and direction over the department’s leading AI effort provides the requisite level of senior oversight and support needed to preserve the department’s initial AI projects, enable their growth, and ensure the department can develop the capabilities needed to successfully adopt AI applications.”

DoD did something similar with its Strategic Capabilities Office. The organization tailors commercial products for warfighting and is largely considered a success by DoD officials.

The move gets at criticisms brought up by the RAND and IG report.

“As with DoD’s AI strategy, the service annexes generally lack baselines and metrics to meaningfully assess progress,” the authors of the RAND report stated. “Moreover, although the services have created centralized AI organizations, the roles, mandates and authorities of these organizations within the services remain unclear.”

The DoD IG also had recommendations to improve JAIC’s organization so it can reach farther parts of the department.

The report states JAIC should “establish an AI governance framework that, among other things, includes a standard definition of AI; a central repository for AI projects; a security classification guide; and a strategy for identifying similar AI projects and for promoting the collaboration of AI efforts across the DoD.” 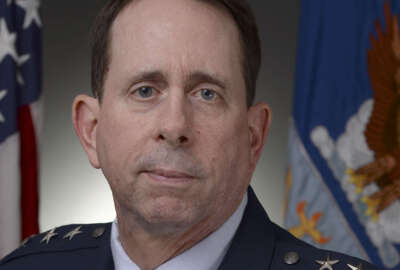