In its first doctrinal publication, the Space Force reiterated the inevitability of warfare beyond the Earth’s atmosphere and outlined the need for the United States to have an offensive and defensive presence there.

The doctrine takes a philosophical and political view as to why a Space Force is needed, and what its function will be for the...

In its first doctrinal publication, the Space Force reiterated the inevitability of warfare beyond the Earth’s atmosphere and outlined the need for the United States to have an offensive and defensive presence there.

The doctrine takes a philosophical and political view as to why a Space Force is needed, and what its function will be for the next four years — serving an important role for those who wonder if a new military branch is needed for space.

The document is a way for the Space Force to look into the mirror and ask itself why it exists and set a base layer for the future of the service by addressing even the simplest of questions, like where space even begins.

“Our look outward is our look inward; the fundamental desire to know our place among the stars. Human activity and expansion across the domain are not inevitable. The success of these endeavors is only possible if we secure the peaceful use of space, free for any who seek to expand our understanding of the greatest frontier,” the authors state. “It is the duty of our service to fight tirelessly for this mission and take up this awesome mantle the nation has laid upon us.”

The document outlines five areas there the Space Force needs to excel in order to succeed.

The first revolves around space security in protecting the interests of the United States’ civil, commercial, intelligence community and defense space systems.

Along with that, the document states that the Space Force must ensure the ability to wage combat in space.

The Space Force also wants to ensure that military equipment and personnel can enter into space and come back to Earth without restriction from adversaries. That also goes for sustaining orbit and recovering hardware.

The newest branch of the military will be responsible for the timely, rapid and reliable collection and transportation of data using communications and spectrums aided by space systems.

Finally, the Space Force wants to protect its awareness of the domain.

“Space awareness leverages the unique subset of intelligence, surveillance, reconnaissance, environmental monitoring, and data sharing arrangements that provide operators and decision makers with a timely depiction of all factors and actors — including friendly, adversary and third party — impacting domain operations,” according to the doctrine. “Awareness must be predictive, synthesizing facts and evidence into an assessment of possible and probable future outcomes.”

To accomplish all these missions the Space Force will look for employees with expertise in electromagnetic warfare, cyber, intelligence, orbital warfare, battle management, space access, engineering and acquisition.

“As space warfare develops and evolves, additional disciplines will certainly emerge. However, these initial disciplines are the skills the Space Force needs when developing its personnel to become the masters of space warfare,” the doctrine authors wrote. “The combined integration of the seven spacepower disciplines arms the military space forces with the intellectual framework required to perform our core competencies.”

The Space Force document comes on the heels of the Defense Department’s space strategy, which was released in June.

That strategy postures DoD to further weaponize space and establish it as a warfighting domain. In many ways it paves the way for the Space Force.

“The enterprise we created in the past was a support function — we are going to launch these satellites and they are going to be there for us. We were not fully steeped in the whole element of building our forces as well as employing our forces for conflict into the domain,” DoD Deputy Assistant Secretary for Space Policy Stephen Kitay said. “That’s this transformation that’s happening right now, and we have this unique, unique moment right now where we are standing up the Space Force, Space Command, Space Development Agency.” 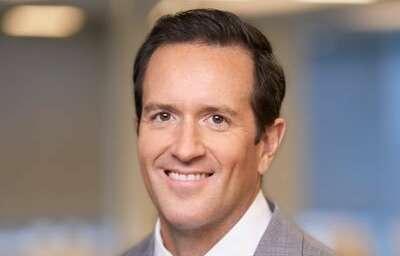