It’s been a long time coming, but this week, the Defense Department started migrating its IT users to Defense Enterprise Office Solutions (DEOS), the multibillion commercial cloud-based environment that will eventually deliver email and collaboration services to the entire department.

Planning for the project that eventually turned into the $7.6 billion DEOS contract started five years ago. After numerous procurement delays, including bid protests and two rounds of corrective action, DEOS started rolling out to...

It’s been a long time coming, but this week, the Defense Department started migrating its IT users to Defense Enterprise Office Solutions (DEOS), the multibillion commercial cloud-based environment that will eventually deliver email and collaboration services to the entire department.

Planning for the project that eventually turned into the $7.6 billion DEOS contract started five years ago. After numerous procurement delays, including bid protests and two rounds of corrective action, DEOS started rolling out to its first users on Thursday, according to the Defense Information Systems Agency, which is leading the effort.

The first group of users will be DISA’s own internal workforce. In later stages of the first wave of DEOS deployments, the agency plans to roll the cloud-based office suite out to customers at other DoD agencies and field activities, and to military combatant commands. That initial deployment on the department’s unclassified networks is expected to wrap up by this summer.

“We’re replacing legacy capabilities, including Defense Enterprise Email, Defense Enterprise Portal Services and Defense Collaboration Services, and we chose this approach because industry provides these state-of-the-art SaaS offerings and keeps them more current than we’ve been able to,” Dr. Brian Hermann, the director of DISA’s services development directorate told attendees at an event organized by AFCEA DC. “This aligns with our overall strategy of adopting and buying capabilities that exist before we create something that that industry already provides, and we’re pursing the same approach in most of our portfolios that have commercial analogues.”

Although DISA will support the new cloud-based services for its customers in the “fourth estate,” the military services are expected to buy their own services from the DEOS contract. From there, DoD will tie them together in a “federated” environment.

And although DoD has aspired for years toward a shared, cloud-based collaboration environment, the picture changed somewhat last March, when the COVID-19 pandemic forced DoD to come up with new communication tools for teleworking in a matter of weeks.

The result, Commercial Virtual Remote — DoD’s quick implementation of Microsoft Teams — has since become widely-used in almost every corner of the department, and officials now see DEOS as the logical replacement for CVR over the long term.

“As we collaborated from homes via the Internet, we realized that some of our initial plans for DEOS were limited by the past vision that everybody would be connected to DoD networks,” Hermann said. “We found that many organizations had insufficient amounts of government furnished equipment, and we had to flex to make that happen. We’re finding that we also need to flex [with DEOS], and that’s generated a significant amount of governance work in the Department of Defense to make sure that we can secure the capability going forward. It’s also caused us to ensure that our cross-tenant collaboration is as seamless as it is right now with Commercial Virtual Remote.

The DEOS offerings are being provided through a 10-year contract with General Dynamics Information Technology. But the core SaaS platform is based on Microsoft’s Office 365. The Pentagon calls its implementation “DoD 365,” and says it’s only custom-tailoring the commercial cloud suite where it’s absolutely necessary.

Hermann said even though DEOS will make tremendous improvements in departmentwide collaboration capabilities, there will still be some gaps that DISA wants to address even once the solution is fully-deployed across DoD. For example: the ability to share large files across those federated boundaries.

“I think it’s going to be a little bit better with the [Microsoft] OneDrive offering, but to do secure file sharing of really large files, we’ve had to revert to something that we call DoD SAFE,” he said. “It’s been pretty effective for us and it allows us to connect with some of our mission partners outside DoD, but I think it could be made more modern as we as we move forward in that space.”

There’s also a demand for chat services that can integrate with some of the military’s existing tools – especially ones that are already widely-deployed in tactical settings, Hermann said.

“Our standard for chat is [the Extensible Messaging and Presence Protocol] (XMPP), and the Microsoft solution is not purely XMPP,” he said. “So we’d like a bridge or a gateway that connects to XMPP so that we can federate with other chat offerings that are out there. There are some solutions that are still used in the field, some tactical areas — shipboard and others — that need to be improved upon.”

For now, DISA is only deploying DEOS on  unclassified networks. The offerings will be certified up to the level of what DoD calls “impact level 5,” the highest unclassified level in DoD’s cloud security requirements model. Once that’s done, the department plans to start rolling out similar capabilities across its classified networks. 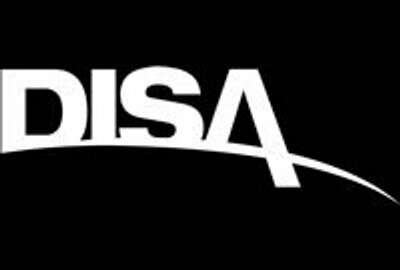 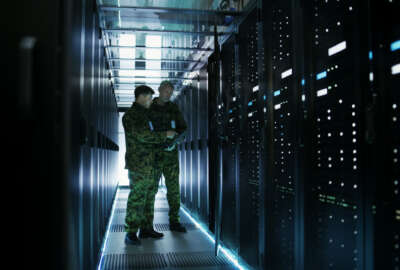