How the Biden administration can make DoD an innovation powerhouse

With three weeks until the Biden administration takes office, the Defense Department, as always, is in need of boosting innovation and finding the next best technologies.

While the Pentagon has made some strides in the direction of courting Silicon Valley and bringing in new small businesses, two national security experts and private sector success stories are giving Biden’s DoD some advice on how to supercharge innovation over the next four years.

With three weeks until the Biden administration takes office, the Defense Department, as always, is in need of boosting innovation and finding the next best technologies.

While the Pentagon has made some strides in the direction of courting Silicon Valley and bringing in new small businesses, two national security experts and private sector success stories are giving Biden’s DoD some advice on how to supercharge innovation over the next four years.

Steve Blank, a tech entrepreneur and former Defense Business Board member, and Trae Stephens, co-founder of Anduril Industries and partner at Founders Fund, say DoD needs to seriously dig into its efforts to harness innovation, instead of just dipping in a toe, if it wants to continue to stay ahead of China and Russia.

To do that, DoD has to start taking software seriously, put bigger bets on contracting unconventional technologies with nontraditional defense businesses and work on changing the culture of the Pentagon from relying on legacy systems and old-guard defense companies.

“This is kind of the perfect storm for a sea change in Department of Defense, particularly when we were the leader,” Blank told Federal News Network. “You have to squint hard to see something that isn’t a legacy in DoD’s acquisition plans. I’m not suggesting they’re all wrong, I’m asking where are the new things that will get us ahead. That’s the innovation dilemma of DoD. They’re still operating under the McNamara era in 1960s: contained cost, lifecycle management, etc.”

That old way of thinking also assumed DoD could predict the threat landscape decades in advance, Blank said. That clearly isn’t the case today, where gaming a popular app can become a weapon overnight.

DoD isn’t sitting back on its heels completely. The Army is pushing for modernization within its weapons systems. All of the military services, in fact, have been trying to divest from legacy systems and free up money for the next big things. For example, the Army is investing heavily in hypersonics and DoD as a whole is trying to engrain artificial intelligence into everything it does.

However, in some ways those investments were reactionary. DoD saw Russia and China starting to take the lead in those areas. The popular app TikTok has some of the best commercial AI available in the way it personalizes videos to viewers’ tastes.

“I come from Silicon Valley,” Blank said. “No technology last more than 18 months and three years is kind of ancient. You can’t even upgrade a system in the DoD in less than a couple years. We’re starting to wake up and realizing changes are needed.”

Both Stephens and Blank think what DoD needs is already there when it comes to legal parameters and financing.

“Requirements are a problem and how they get written. Our core problem is a lack of imagination,” Blank said. “How the Chinese caused hundreds of billions, if not trillions of dollars of U.S. naval weapons by simply using dredging ships to build islands in the South China Sea — that didn’t require operational concepts, that required some vision. There’s probably a 30-foot statue of some Chinese colonel somewhere who had that idea. We require a little more alacrity, a little more urgency, and some new processes. We require an innovation doctrine, something that’s quite different than what we’re doing today.”

Stephens said despite DoD’s investments in offices like the Defense Innovation Unit, Strategic Capabilities Office and multiple rapid capabilities offices, it is still not taking advantage of what the commercial sector has to offer.

“For something like a travel expense reimbursement software platform from scratch there is no reason we need to go out and build something like that from scratch,” Stephens said. “But we go out and we pay Northrop Grumman, Lockheed Martin $300 million, $400 million, $500 million to build those things. That’s crazy. There are dozens of commercial-off-the-shelf options for buying that at one-100th of the cost. There’s no reason we shouldn’t be using Concur [a commercial expense reimbursement software] for travel booking.”

Stephens added that for specialty products that need to be built for DoD, there are many companies willing to privately invest in research and development and then build a product.

“As an investor in the national security space, I think it’s actually way more rare than the DoD would like to admit that when a  company comes to them with a completed product that solves a problem that DoD will actually buy the product,” Stephens said. “DoD has squandered silver.”

That gets to how DoD is actually investing in companies. Stephens said DoD is using good platforms like pitch days, innovation hubs and research grants to attract nontraditional companies, but the payoffs are not enticing enough.

“We need to hold more competitions for the best technology and actually reward the winners of those competitions,” Stephens said. “If you say, ‘We’re going to have a competition for some new piece of technology, and here are like three exercises that we’re going to hold.’ At the end of those three exercises, if you don’t give out a meaningful contract, then people are going to start losing trust in your willingness to actually reward people’s work. That’s highly problematic.”

Blank and Stephens are advocating for an innovation fund, which helps companies bridge DoD’s infamous “valley of death” — the time it takes to go from prototype to program of record. Some companies have issues staying alive between that time waiting for a DoD contract and unable to cover expenses for the next step or keep the company afloat without more business.

“We’re throwing out literally hundreds of millions of dollars to let seeds bloom through small business innovation research grants and other transaction authorities,” Stephens said. The problem is that none of those seeds that we’re planting are really blooming into significantly scaled production capabilities. That’s because it takes five years to go from a pilot to a program record. A company’s funding cycle in the private market is like every 18 months. They need to go out and raise additional capital and show milestones. Basically, the company is dead once the product gets to the point of technical, technological maturity that would allow it to scale inside the department.”

The innovation fund would work on faster deadlines and possibly provide bridge loans so companies can get a product scaled faster or stay afloat longer.

Finally, Blank and Stephens are advocating for a more serious approach to software within the Pentagon. Air Force acquisition chief Will Roper is one of the cheerleaders for changing the way the military looks at software as well.

“Software is as important as hardware,” Blank said. “In the commercial world and in Silicon Valley and other innovation centers software is updated daily. Defense contractors, historically thought of upgrades as the business model, you low bid the initial system and then you basically sold additional upgrades. Whereas today, you buy an iPhone or an Apple Watch or any other computing device, you just assume it gets better over time for free. That’s a big idea.”

Software needs to constantly upgrade to keep systems safe and to improve them.

“Software is never a finished product,” Stephens said. “We need to recognize that the engineering challenges that are present in the construction of a fighter jet and those of building a really complex AI-powered software systems are the same. They’re a similar level of complexity.” 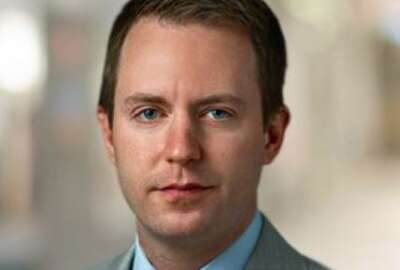 Growing support for defense innovation on US college campuses