In both military and civilian life, automation is taking over a rising number of functions. The original market for simulation was aviation, and the military is using is more and more as a short cut to training and to save fuel. But increasingly, simulation developers are finding that software for ground combat simulation is a totally different...

In both military and civilian life, automation is taking over a rising number of functions. The original market for simulation was aviation, and the military is using is more and more as a short cut to training and to save fuel. But increasingly, simulation developers are finding that software for ground combat simulation is a totally different challenge. With what’s ahead in military simulation, the CEO of Bohemia Interactive Simulations, Arthur Alexion, joined Federal Drive with Tom Temin.

Tom Temin: Mr. Alexion, good to have you on.

Arthur Alexion: Thank you, good to be here.

Arthur Alexion: Well, I don’t want to say a flight simulator is a simple thing to build. But certainly when you’re up in the air flying around, there’s not a lot else going on. You might get a few clouds, and you’ve got to worry about I guess, as your landing, you’re in contact with other things. But other types of simulation when you’re on the ground, or in fact underwater, there’s a lot more going on around you, particularly in the context of military simulation, you can imagine an aircraft is flying off its sensors, it can see what’s happening on the ground, but it doesn’t interact with what’s happening on the ground in the same way if you’re a soldier jumping out of a Humvee into a situation where there’s been an IED explosion and crowds running around in a panic or whatever — it’s a very, very different level of simulation.

Tom Temin: Yeah, there’s no real terrain, so to speak.

Arthur Alexion: Yeah, absolutely. Although nowadays, interestingly, the modern flight simulators, the quality of the sensors, because they’re not looking out the window, they’re looking at sensors, the quality of those sensors is now becoming such that you can see a lot of detail on the ground even from a very high, scarily high point, as you can imagine. But certainly you don’t get the same interaction with the ground. That’s a lot of what we do with our simulations is interaction between entities, that’s when it becomes complicated because you’re seeing an entity or you’re in some kind of confrontation with an entity, that’s when things get complicated.

Tom Temin: So what are the requirements that the ground forces that you develop software for, what are they asking for in training software these days?

Arthur Alexion: The first point to make, I would say, is train how you fight. So obviously what that means is make it as realistic as possible. Training doesn’t work if you’re taken out of the reality. So if it’s just feels like a game, probably not very good training, What we’ve seen for years with our product is that they’ve measured people’s heart rates and so on, blood pressure and stuff, and I think besides the pupils and all the indications of stress, using our product does generate true stress related reactions to what’s going on. And that’s becoming more and more achievable as you get things like VR headsets as well, because you obviously get a more immersive environment, you’re not looking at a computer screen, you’re actually looking at potentially a 360 degree view of what’s going on. And as these things, VR headsets but also potentially haptics, if you know what those are, those things as well create even more realism. So as you get more hardware development, we’re able in the software to take advantage of that and make things more immersive. And then obviously just compute power really helps as well because in any mathematical model of the world, you have a simplified model of the world, and you can become less simplified if you’ve got more compute power.

Tom Temin: Got it. And so how is the software created nowadays? I mean, if you look at the early video games, they’re almost collector’s items now, where it was a matter of pixelation and the little figures moved, and it was a matter of deciding what pixels did what, it would seem like you’d almost have to start with detailed video and work back toward the code nowadays.

Arthur Alexion: Yeah, absolutely. So I think there’s a number of components to any complex video game or a complex military simulation at ground level are somewhat similar. One big component is visualization, and that’s getting better all the time. What it looks like on the screen, things like the way the lighting works and how realistic the lighting is is actually very important to the human brain as to whether it looks realistic or not. Obviously, the pixilation you mentioned is pretty much solved now. I mean, you can run things in sufficient detail that the pixilation just isn’t noticeable to the human eye. So visualization of the scene is one big thing and how it’s built in the military simulation is, frankly, we steal a lot of good ideas from the video game industry and repurpose them and reuse them, and sometimes use technology from the video game industry to facilitate that visualization. But the other key piece is what I mentioned before, this mathematical model, so it’s a mathematical model of what’s going on in the world. And as I said, it’s a simplification of the real world. We don’t bother to model the oxygen being trapped under water to create a way you can gradually the oxygen bubbles disappear, we just put some white stuff in the right place and gradually let it disappear. So what we need to do in our simulation is understand what’s important to facilitate training and facilitate immersion and what’s not important. So smoke out the end of an artillery barrel actually still is important to see that drift with wind. Amazingly, even with all this high technology here around, where’s the wake of a boat, as I said, is not really necessary, you could put some white stuff there.

Tom Temin: And I imagine the haptics get more and more important to be realistic as you create the realism and what’s out there, for example, the kick when you fire a rifle, if that doesn’t happen in a simulation, then you’re going to be a lot better shot than you are in reality.

Arthur Alexion: Yes, absolutely right. So the haptics are important, anything you can do to increase immersion. Another interesting thing is obviously, in a video game you join, and you’re a kind of a generic character, right. In the military, ideally what you want to have is you want to be downloading a set of statistics about yourself as an individual. How fast can you run? How fit are you? How good a shot are you? Are you capable of driving a Humvee or not? Can you fly the helicopter or not? Obviously, in Grand Theft Auto, anybody can jump in and fly a helicopter, that’s not realistic, right. So there’s a set of things to make things more real, both in terms of haptics, in terms of visuals, and frankly in terms of the exact configuration of what’s happening within this mathematical model of the world.

Tom Temin: And what is the next grand challenge in all of this. And I asked this because I remember maybe 25-30 years ago, I went to a show called SIGGRAPH, and one of the grand challenges in the early days of graphic simulation was 360 degree rotation of a wireframe of a human head. And there was a vendor that had a head rotating 360 degrees, wow we’ve solved it. That was a grand challenge back in the 80s and 90s. What are the grand challenges for this type of work ahead?

Arthur Alexion: Sure. There’s a few interesting game changes I think. One of the big ones is moving to the cloud. So I talked about compute power. And at the moment, you’ve got this thing called Moore’s law, which is not some mathematically proven law, it’s just a kind of an observational law where computing power doubles every 18 months, or whatever the rule is. Interestingly, there’s going to be a one off discontinuity in Moore’s Law as you move to the cloud, because all of a sudden instead of relying on a single computer with now two chips, and because you’ve got a graphics chip and a CPU as well, you’re actually jumping to the cloud and you’re suddenly able to use hundreds, if you want to, as long as you can run everything in parallel and bring it back together, you can really, really ramp up compute power if you can move to the cloud. So that discontinuity is a really interesting one, both from the point of view of compute power and then also from the point of view of actually just being able to connect to anybody you like anywhere in the world. For both of those reasons, cloud is really an interesting thing. And it’s not been implemented yet. So we’re really in that chaos of going towards the cloud right now. That’s that’s an exciting area for sure.

Tom Temin: Arthur Alexion is CEO of Bohemia Interactive Simulations. Thanks so much for joining me.

Arthur Alexion: You’re welcome. Really nice to speak to you.

Going through the 2021 NDAA 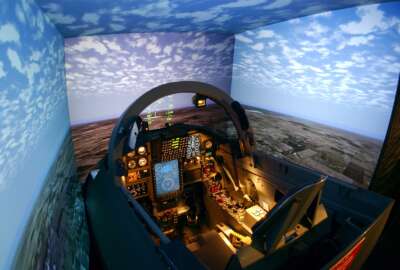 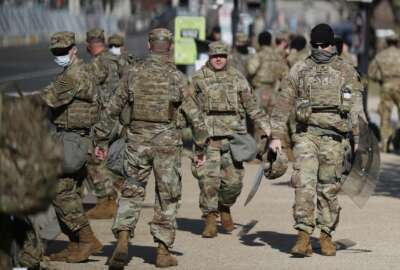