Earlier this year, the Defense Department issued a new policy to streamline appeals by people trying to become eligible to access classified information. All of the appeals are now heard by an office known as the Defense Office of Hearings and Appeals. The process cuts out four other agencies with an interest in access to classified. For...

Earlier this year, the Defense Department issued a new policy to streamline appeals by people trying to become eligible to access classified information. All of the appeals are now heard by an office known as the Defense Office of Hearings and Appeals. The process cuts out four other agencies with an interest in access to classified. For why this all crucial, Federal Drive with Tom Temin turned to Tully Rinckey attorney Ryan Nerney.

Tom Temin: Mr. Nerney, good to have you on.

Ryan Nerney: Thank you sir, good to be here.

Tom Temin: Tell us what part of the whole vast apparatus of security clearance are we talking about here. Just set the context so we know where this all fits in.

Ryan Nerney: Sure. So this memo is specifically going to or addressing the adjudication for a clearance if government contractors under the DoD purview have been denied a security clearance, specifically sensitive department information.

Tom Temin: Got it. So they get a couple of levels review then once they have been denied.

Tom Temin: I see, so those four agencies could say yeah it’s fine go ahead and then DOHA would never see it

Tom Temin: Do we have any sense of the quantity of types of cases that happen every year in this whole process of denial and then adjudication?

Ryan Nerney: Yeah, honestly there’s a number of cases. What they do is they lay out, so there’s 13 adjudicative guidelines that these agencies or the adjudicators look at, and that could be anywhere from personal debt, personal delinquent debt, or marijuana use, alcohol, criminal conduct, things like that. There’s hundreds and honestly thousands of cases that are reviewed every year and a certain number of those go through the actual adjudicator process, which actually end up getting to the second level review which in this case would would eventually go to DOHA.

Tom Temin: So then what was divided among four agencies will now be all done by one agency. Do we know whether DOHA has the capacity to take on what used to be done by the four agencies that are still part of it but don’t get the final say.

Ryan Nerney: Yeah, that’s a good question. So at this point I definitely think that because they’re, meaning DOHA, they’re going to be getting a lot more work that they’re probably going to have to hire a number of other, probably, administrative judges and attorneys as well. But the good news is is that this memo is not going into effect until sometime in September 2022, so that gives that agency the ability to get the resources that it needs in order to accomplish the goals without having a significant delay.

Tom Temin: And was this change ordered by one of the national defense authorization acts or this is something DoD is doing on its own?

Ryan Nerney: This is something that DoD is doing on its own. I believe it was the undersecretary of Defense who issued the memorandum, so that’s the one that is basically directing all these intelligence agencies to do this.

Tom Temin: I guess the bigger question is why did DoD feel the need to consolidate all of the second line reviews in one agency instead of just leaving them at the four agencies that had them in the first place?

Ryan Nerney: Yeah, I think one of the main aspects is that it would essentially create a single authority for appeals, which would provide a more clear picture as far as what does and does not disqualify somebody for receiving an SCI security clearance. So i think it basically just provides more of a consensus as far as what the eligibility criteria were or are.

Tom Temin: In other words, more consistent application of the criteria at that second level of review.

Tom Temin: You mentioned some of the criteria, how many are there and who sets those?

Ryan Nerney: So there’s 13 criteria and that was actually an executive order that was issued a while ago. But it’s essentially 13 criteria that was laid out and there’s actually a number of guidelines for this specific memo. The one that’s really going to take hold is going to be DoD Directive 5220.6, and that lays out the 13 adjudicative guidelines, which as I mentioned before could be anything from personal debt which is guideline F for financial considerations, up to guideline G, which is alcohol consumption, foreign influence. There’s a litany of allegations that could be levied against an individual trying to get eligibility for security clearance, and there’s a number of disqualifying conditions under each guideline and a number of mitigating conditions under each guide.

Tom Temin: Well I guess then some of the criteria, some of the disqualifications are probably black and white. If you rob a bank and are convicted, probably that would knock you out. But some of them sound, like when you mentioned guidelines, there’s some wiggle room in there. Who’s to decide how much debt is too much for a given individual, for example? So do they have that kind of ability to interpret and not just simply go/no-go type of black and white criteria?

Ryan Nerney: Absolutely, there is some wiggle room. There’s not really black and white as far as the mitigation goes, and that’s why it’s important to really have this second level review under a single appeals authority, because, like I said, that really brings that consensus as far as what really an individual should have or not have as far as security planning.

Tom Temin: I was gonna say financial matters, like debt, for example. Those are usually available in publicly available subscription databases. But what about things like alcohol use or foreign influence? Where would an agency find such information about someone unless it was disclosed by somebody else?

Ryan Nerney: You start getting a security clearance by filling out a form called a standard form 86. And it’s a series of questions that go through, I believe, it’s 26 different sections going anywhere from where you’ve lived in the past 10 years to any criminal conduct, if you’ve used any illegal drugs in the last seven years, things like that. So that’s where they get some of the information. And then they normally have a follow up interview by an investigator who basically goes through that entire form with an individual to get some of that information. There’s also other individuals who can be interviewed about the person that’s trying to get eligibility for security clearance. So they can get it through, we’ll call that the background check, prior to even going through the adjudicated process.

Tom Temin: So that’s when you get into some of those gray areas. For example, if someone says yes, well I’m an alcoholic, but I have been clean for five years and going to AA every week, for example, then they could decide well, okay then that doesn’t seem to be a problem. Or they could say it is a problem.

Ryan Nerney: Absolutely. And that’s kind of where the mitigation comes in. So a perfect example, if somebody has been going to AA for a while, they’re going to counseling, they’ve had a problem in the past, but that problem is what they call under control, then they have a lot better chance to either obtain or maintain the security clearance.

Tom Temin: That spells out the picture a little more clearly. But the basic thing here is that second level review going to DOHA, Defense Office of Hearings and Appeals, but there’s a year and a half before that actually takes effect.

Ryan Nerney: Give or take, but yeah, it is quite a while. We’re hoping that if they streamline this though may speed things up a little bit. NSA by itself, they have a first and second review at this point that can take two years and more. So hopefully it’ll speed it up a little bit by by going to DOHA. But you’re correct, about a year and a half is a good guesstimate as far as the amount of time it takes.

Tom Temin: But I mean, the DOHA doesn’t take over the second level reviews until a year and a half from now.

Ryan Nerney: Correct. The contractors are still going to have to sit and stay with their respective agencies for the first and second level review until September 2022 comes around when this change takes effect.

Tom Temin: Ryan Nerney is an attorney with the law firm Tully Rinckey, thanks so much for joining me.

Ryan Nerney: Thank you for having me. 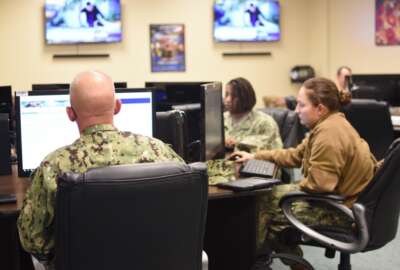 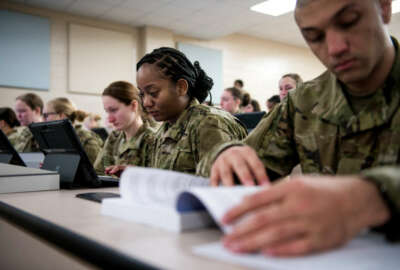 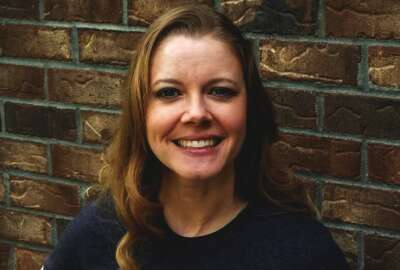