Members of Congress are questioning the validity of thousands of Defense Department inspectors general offices that are not statutorily independent from their units or agencies.

Thursday’s hearing on IG roles, responsibilities and opportunities for improvement, comes as the Pentagon and military services are embroiled in a high volume of sexual assault and reprisal investigations.

The issue at hand is what are called component IGs. Those offices work directly for a component head or for an individual unit rather than being a completely independent office like the DoD IG. Speier and others are questioning whether those component IGs are truly working without other interests.

“I am disturbed by the lack of independence of our military component inspectors general and a command structure that has allowed harassment, assault, and a flagrant disregard by leadership for the sexual harassment, assault response and prevention program,” Speier said. “We are talking about the policies and procedures that govern military inspectors general, people who are supposed to be independent. The regulation appears to tacitly imply a reverence for the commander. That is inappropriate for an inspector general.”

Testifying before the subcommittee, the military branch IGs and the DoD IG tried to assert the independence of those offices, and their importance in the chain of command.

Army Inspector General Lt. Gen. Leslie Smith said the service is constantly training and updating the courses it gives to its IGs.

“They are responsible to the commander but responsive to me,” Smith said. “What that means is we have oversight of everything that they do. They work with the commander to work the actions that are local, but for every one of the cases that are worked we have electronic views that we can see what the level work they’re doing the house, that are being executed.”

Smith said he reviews the top cases conducted by lower level IGs to see where they are lagging and how they can improve.

“The oversight piece is very important to us, those IGs  know that they can, but frankly must, move up to a higher echelon if what they have either feels inappropriate or is unable to be handled at their at their level,” Navy IG Vice Adm. Richard Snyder said. “I have complete authority and obligation to reach out to those commanders if anything’s brought to my attention.”

Still, experts brought before the panel cast doubts on how well component commanders can do their jobs, especially when they are not expecting to stay in the position longer than three or four years.

“They have no commitment,” said former DoD IG Gordon Heddel. “When they know they’re going to be rotated out to a non-IG position they may be thinking, “How am I going to be received when I go to the non- IG world. We have to remove any concerns that an IG might have that somehow, they’re going to be treated differently because they were an IG.”

He added that there is far too much emphasis on IG reverence to the component head, which may hinder investigations.

Mandy Smithberger, director of the Center for Defense Information at the Project on Government Oversight, mentioned that one symptom may be the way retaliation cases are handled. In 2019, there were 350 confirmed instances of whistleblower retaliation. Only one official was fired.

“It sends a signal that retaliation is tolerated, and it’s an inconvenience at most,” Smithberger said. 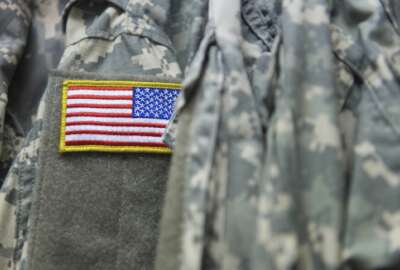