After spending the last year revamping the Defense Department’s sexual assault prosecution avenues, Congressional leaders are now diving into the complex patchwork of legalities surrounding the issue in the National Guard.

Lawmakers are concerned that the hybrid nature of the National Guard is leaving gaps in DoD and law enforcement’s ability to oversee and bring legal proceedings against sexual assault offenders.

“The individual stories of Guard personnel caught in a web of confusing bureaucracy are...

After spending the last year revamping the Defense Department’s sexual assault prosecution avenues, Congressional leaders are now diving into the complex patchwork of legalities surrounding the issue in the National Guard.

Lawmakers are concerned that the hybrid nature of the National Guard is leaving gaps in DoD and law enforcement’s ability to oversee and bring legal proceedings against sexual assault offenders.

“The individual stories of Guard personnel caught in a web of confusing bureaucracy are harrowing,” Rep. Jackie Speier, chairwoman of the House Armed Services Personnel Subcommittee said during a hearing Wednesday. “No longer can the National Guard hide behind their unique status. To the National Guard: The spotlight of Congress is on you. Take care of your soldiers. Take care of your airmen. Stamp out sexual harassment and assault. Stop the retaliation. We are watching. To all the soldiers and airmen of the National Guard: We have not forgotten you.”

The crux of the issue is the ambiguous legal status Guard members hold. Depending on the task they are doing, they could be under the jurisdiction of the state governor or the Pentagon, leaving a gray area of prosecutorial authority.

It’s left soldiers, like one lieutenant colonel serving in the West Virginia Guard, in the lurch. In that particular instance, the soldier was sexually assaulted while on temporary duty status. Since she was under the jurisdiction of the governor, the Army could not prosecute. The DoD Inspector General later found that the Guard retaliated against her for reporting the rape.

The story of botched investigations is repeated in multiple states, according to Speier.

“The National Guard does not possess the authority to regulate each state’s National Guard, which can limit its ability to provide oversight and hold leaders and organizations accountable for prevention,” the members of the Independent Review Commission on Sexual Assault in the Military wrote in their report last year. “The complex governing system of Title 10 and Title 32 authorities make prevention oversight and accountability highly convoluted, stalling necessary change and progress.”

Since being on state duty is not considered federal jurisdiction, the Guard relies on local law enforcement to bring charges and investigate allegations.

Lawmakers like Speier feel that since Guard soldiers and airmen are serving the country, they deserve the same protections. Benefit, pay and other parity for members of the Guard has been a recurring issue in Congress for years.

“The U.S. government provides $26 billion a year to National Guards across this country, $26 billion dollars,” Speier said. “My understanding is that your authority is one of encouraging, cajoling, subtly hoping that [state Guards] will do the right thing. But outside of giving them money, we don’t have any hook to get them to do what they should do.”

The National Guard created the Office of Complex Investigations (OCI) to attempt to bridge the gap between issues with local prosecutors and the inability of the military services to provide the protection of the Uniform Code of Military Justice when members are not operating under title 10.

“The office will help in instances where local law enforcement, which is our first line of defense against sexual violence allegations, is either unwilling or unable to investigate thoroughly those allegations,” Brig. Gen. Charles Walker, OCI director, said.

But OCI’s hands are also tied in some ways.

“We are not a criminal investigative organization; we provide administrative investigations as a backstop so that victims and the National Guard will have an opportunity to address sexual violence against its members and to remove those within our ranks who may be perpetrators,” Walker said. “We do not operate in a criminal context which, as you know, in a criminal setting, there’s jail time, potentially there’s sexual registries and other controls that our society has deemed appropriate for these types of crimes.”

Guard members must also go through leadership in order to engage with OCI, setting up an unneeded hurdle and possibilities for retaliation, Speier said.

The Guard is moving to address sexual assault issues; however, the legal jurisdiction issue would need legislation from Congress.

National Guard Bureau Chief Gen. Daniel Hokanson said he ordered a six-month task force to look at sexual assault and suicide within the service. The task force came back with 19 recommendations, all of which Hokanson said the Guard will take on.

The Guard has already taken some steps to implement those recommendations, like moving the OCI out from under the general counsel and making it a stand-alone entity.

However, Hokanson said more than 50 of the DoD’s broader independent review commission recommendations pertained to the Guard. To date, the service has not taken any action to implement those suggestions. 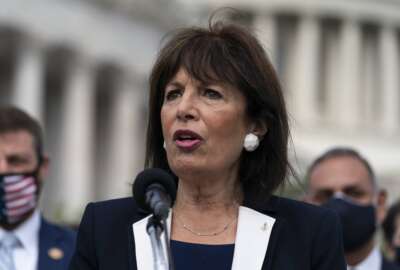 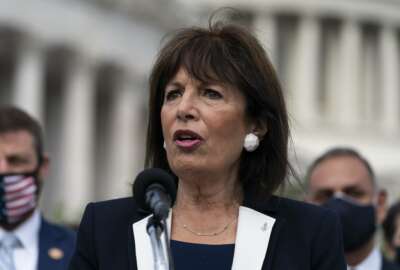