The Defense Logistics Agency had several goals for its new warehouse management system: enterprise perspective, auditability, ability to integrate with the military services. Oh, and no more COBOL.

It achieved all that and more with its pilot facility in Corpus Christi, Texas. But it wasn’t easy. Replacing its 40-year-old system with a modern WMS required DLA to adopt agile development processes, undertake extensive data formatting and mock data conversions, develop new business processes and training...

The Defense Logistics Agency had several goals for its new warehouse management system: enterprise perspective, auditability, ability to integrate with the military services. Oh, and no more COBOL.

It achieved all that and more with its pilot facility in Corpus Christi, Texas. But it wasn’t easy. Replacing its 40-year-old system with a modern WMS required DLA to adopt agile development processes, undertake extensive data formatting and mock data conversions, develop new business processes and training procedures from scratch, and even build a mock warehouse where employees could test these new processes and procedures.

The new system is expected to roll out with 99 deployments at 123 sites worldwide over the next three years.

“It took a huge collaborative effort from all the way up and down the chain and even different agencies and offices within the Defense Logistics Agency. And to see that level of collaboration, and ultimately the level of commitment that it took to go live, just gave me goosebumps,” said Jeremy Beckwith, deputy commander at DLA Distribution Corpus Christi. “We’ve created the mold of what we think success looks like, small, at Distribution Corpus Christi. And we’ll be rolling that out — copying and pasting it, if you will — into other centers, leveraging the best practices that we’ve internally learned.”

Beckwith expects that DLA will continue to learn lessons during rollout and continue to improve the system. The plan is to complete implementation agencywide by the end of fiscal 2025.

That approach has bigger implications for DLA. Not only is this a brand new WMS, it’s also the agency’s first foray into agile development.

“When I say we do things with a bang, we do them with a bang, because this is the largest IT modernization in the past 20-plus years,” said Karyn Runstrom, DLA’s deputy chief information officer. “Not only were we implementing such a large program, but we were also implementing a new approach to implementing that program. So we have to get people up to speed on what is agile from the executive level down to the end user.”

What that translates is also getting buy-in from people from the executive level down to the end user, Runstrom said.

The mock warehouse was a “game changer,” Beckwith said because it helped lay the foundation for positive human capital change management. Employees were part of the testing phase and were instrumental in helping to develop the new business processes that came along with the WMS.

All the stakeholders had input into the system and how it worked before it ever went live, he said. That fostered buy-in at all levels and helped remove the stigma of changing up the status quo, Beckwith said.

That’s not to say it was easy from a pure technology standpoint either.

Beckwith and Runstrom both said formatting the data, cleansing it and practicing data conversions took a significant amount of time and effort. And DLA didn’t just do it once. It took multiple trials to get it right and reduce the number of errors to a manageable level, Beckwith said, calling the process “brutally detail oriented.”

But the WMS team also had to ensure that perfect didn’t become the enemy of good. Because each time the team practiced these data conversions, it learned something new. But at some point, DLA had to decide that it had learned enough to go live and mitigate the biggest potential errors.

Runstrom said the agency established a framework in place ahead of time to help it decide when the WMS team reached that point. That framework takes into account various different perspectives, from IT to HR to business policy and operations, and more.

“There’s different criteria that needs to be met with different ranges, to allow us to not get stuck in that do-loop,” she said. “From an IT perspective, if there are any critical, what we deem as … being critical or high defects in the IT system, we will not go live. Another one is if we have medium defects, we must have workarounds available and in place so we don’t harm the distribution operations.”

On top of that, DLA had to ensure it had cloud-based systems that could handle the new massive amount of data influx that enables the analytics and advanced decision-making processes for the supply chain. That’s also going to lay the foundation for DLA’s next goal, which will be to implement disruptive technologies like augmented reality and automated inventories, as well as bringing 5G into play to enable mobile aspects.

Beckwith said one goal is to eliminate desktops altogether, perform all warehouse activities at the bin face and get real-time, in-transit visibility. DLA currently has voice-pick technology, which enhances safety, increases productivity and reduces training time for employees. Beckwith said he hopes to see that integrated with automated storage and retrieval technologies like robotic arm picking and autonomous vehicles.

“So this is really the foundation, this WMS, which is going to allow for all the cool, if you will, IT toys moving forward,” Runstrom said.

Having that foundation is critical, because not all of the 123 sites WMS is slated to roll out to have the same requirements regarding capabilities. Some will require hazardous material considerations, refrigeration and other unique capabilities.

But even with those unique considerations, enterprise-level visibility and auditability is one of DLA’s chief goals.

“Just inherently by being a commercial off-the-shelf system, auditability is built in, as opposed to the current system, where we have a lot of customization and code that is quite frankly not auditable or clean,” Runstrom said. “It also allows us to … more effectively maintain customer and vendor data.”

And having that data at its fingertips will allow DLA to run more historical analyses, discover interconnections between the processes and workflows, and improve supply chain visibility.

DLA is already starting to see an increased influx of data from the other services’ enterprise resource planning systems, Beckwith said. For example, with the Army, DLA can now track delivery points and projects a specific item is for, opening new opportunities for interfacing with the service.

As DLA rolls its new system out across sites worldwide, Beckwith said a rigorous training program is already in place, which involves embedding employees from future sites to observe ongoing rollouts and then sending employees from established sites to lay the foundation for impending rollouts. He said that when Corpus Christi went live, in addition to its 131 employees, there were 83 visitors present from various other DLA components.

As a new site prepares to go live with WMS, customer orders will be diverted during what Beckwith referred to as a “brownout phase.” That allows employees at that site to complete the training. Then there’s a three-day “blackout” phase, where the data migration occurs.

“You got this Big Bang of data being migrated from a legacy system into the new warehouse management system,” Beckwith said. “And then, boom, you walk into the center the next morning, and you’re now WMS-powered.” 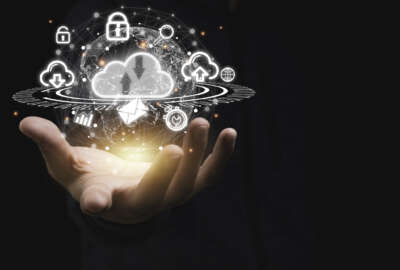 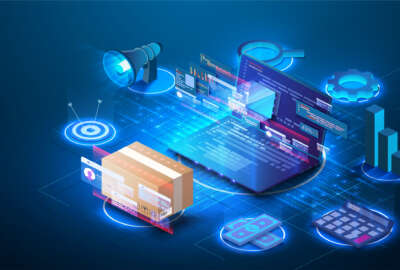