The Section 809 panel, created by Congress to streamline defense acquisition, came to the House Armed Services Committee May 17 with a handful of recommendations and plenty of criticisms.

“Our technological superiority has been eroding. We’ve been unfortunately watching this for the past decade, whether it’s in cyber, weapons systems, air dominance, space, [electronic warfare] it’s just been consciously eroding right in front of us,” said William LaPlante, former Air Force assistant secretary for acquisition. Our adversaries “aren’t studying things, they’re feeling things and what seems to be happening to us is our ability to deliver things quickly to the warfighter …  is worse than it’s ever been.”

The panel presented Congress with an interim report of its initial findings. The panel plans to continue its work for the next two years.

The recommendations are mostly small, but actionable items. The panel’s chair Deidre Lee, former director of Defense Procurement and Acquisition Policy, said the burden on the acquisition system is not one item, but a culmination of many small requirements.

One recommendation would eliminate the requirement for contractors to use recycled paper.

The study states “the amount of paper going to landfills is estimated to have declined by more than half since 2003.” The panel believes changes in the government produced a desired reduction in paper consumed in contracting government business and therefore the requirement is unneeded.

The rationale behind the panel’s thoughts is mission trumps other requirements and other regulations that promote public policy that do not directly relate to the mission are a distraction.

“These and many other regulations are designed to further laudable public policy objectives … [but] in the aggregate their effect places substantial burdens on DoD both in terms of financial costs and fulfilling agency mission,” the interim report stated.

Other recommendations have less of an environmental impact. One would eliminate a requirement that government business operations provide a way to accept dollar coins.

The study stated dollar coins have not caught on and the purpose of the requirement is just a burden to program managers.

Another recommendation would get rid of policies that ban text messaging while driving for government contractors on official business. The panel’s rationale is that most states ban texting while driving already, so there is no need for DoD to require it.

Thornberry said the recommendations made by the panel are in the same vein as his approach to acquisition reform.

Thornberry said his bill does not focus specifically on any of the recommendations made by the panel, but it follows the same general principles.

This will be Thornberry’s third acquisition reform bill. Each year he tries to bite off a different chunk of the acquisition system.

The 2017 defense authorization act completely restructures the acquisition office by splitting it in two. The hope is by creating two undersecretaries for acquisition, one for research and engineering and the other for day-to-day buys, it will free up more room for innovation.

Thornberry said DoD appointed someone as a liaison on the acquisition split, which needs to happen by 2018. President Donald Trump still has not appointed anyone to the chief acquisition position in the Pentagon, which Thornberry said he fears is slowing the process down.

Thornberry said he’s not considering pushing back the deadline, however.. 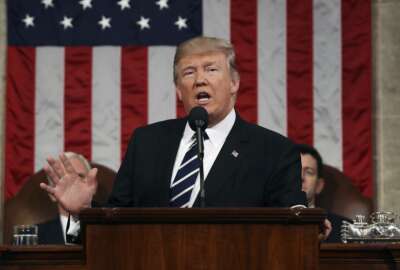