Gather a group of federal and industry security professionals in one room and the first question on the top of their minds is no longer about the security clearance backlog.

Or the executive order, which the President signed in April and officially authorized the Office of Personnel Management to transfer the security clearance program to the Defense...

Gather a group of federal and industry security professionals in one room and the first question on the top of their minds is no longer about the security clearance backlog.

Or the executive order, which the President signed in April and officially authorized the Office of Personnel Management to transfer the security clearance program to the Defense Department by Oct. 1.

Defense and intelligence officials say they’re still focused on the security clearance backlog, which hit 386,000 earlier this week and is still headed south.

“Whether it is vetting [or] whether it is technology protection, [there’s] a lot of things in motion, a lot of momentum that has been build up to get things going in the right direction,” he said Thursday during a meeting of the National Industrial Security Program and Policy Advisory Committee. “The last thing we want to do is disturb that momentum in any way, shape or form. Our next step after Oct. 1 is going to reflect our commitment not to mess with that momentum.

Phalen is also the new acting director of the Defense Counterintelligence and Security Agency, which will eventually subsume the NBIB and serve as the security clearance, suitability and vetting provider for most of government.

The ultimate goal, Phalen and other defense officials said, is to design a new security clearance organization that’s positioned toward the future.

The Trump administration, steered by the Office of the Director of National Intelligence and OPM, are still developing a series of new policies as part of its Trusted Workforce 2.0 initiative. The agencies plan to write more modern standards to vet and clear employees and contractors. New investigative tiers are also in the works, which will be designed to better support federal employees and contractors who want to move in and out of the private sector.

The new policies largely aren’t out yet, but Trusted Workforce 2.0 is serving as the framework DoD is using now to transform, Patricia Stokes, director of DCSA’s Defense Vetting Directorate, said.

Continuous evaluation has and will continue to be key to DoD’s future. DCSA’s Vetting Risk Operations Center is growing as the department continues to enroll more cleared individuals into CE.

The department has already been enrolling individuals who are up for a periodic reinvestigation into the CE program, which performs a series of automated checks using financial, criminal and public record data sources.

Within industry for example, the DCSA has deferred more than 40,000 periodic reinvestigations into CE, said Heather Mardaga, deputy director of the Vetting Risk Operations Center.

The program will eventually expand and draw on the ODNI’s own continuous evaluation program, which uses another set of data sources, Stokes said.

“They are connecting to the high-side data sources that the ODNI provides in continuous evaluation,” she said. “We as the U.S. government, made a very deliberate decision that we would not duplicate effort that the DNI is affording us for good government. It’s the right thing to do. We are tapping into the data sources that they have on the high-side, and we have low-side data sources. Together they combine into our continuous evaluation program, and they will be critical to the continuous vetting program that the Trusted Workforce 2.0 will offer us in the future.”

Today, the continuous evaluation program sends the Vetting Risk Operations Center an “alert” if a questionable activity pops up during an automated check.

The DCSA’s ongoing IT projects are also focused on the future.

DoD is continuing to design, build and develop the National Background Investigations Service. NBIS will serve as DCSA’s end-to-end security clearance IT system for background investigations, continuous evaluation and adjudication and fingerprint and biometric processing, among several other capabilities.

“We’re making sure that the architecture can support the rapid pace of change and keep up,” Terry Carpenter, the NBIS program director, said. “We’re really excited about the opportunity to adjust and really support Trusted Workforce 2.0 — and really try to achieve those new Trusted Workforce investigative tiers being delivered as close to a new policy being signed as possible. Sometimes that’s hard in IT. You hear the words ‘years’ following a change in policy. We’re looking to do it a lot [more quickly]; we think we can with this.”

Carpenter’s team has been rolling out a series of regular releases for NBIS. Improving and modernizing the user experience ahead of future policy releases is a key goal for the organization.

“Our users, whether within a federal agency, DoD, industry partner group, are dealing with modern capabilities every single day, in and out of work,” Carpenter said. “We’re trying to bring those same best practices [and] those same capabilities to make that user experience must better inside this application.”

The DCSA is also making some progress on e-App, an online background investigation application form that will eventually replace the Electronic Questionnaires for Investigations Processing (e-QIP) system.

The department plans to start moving industry to e-App in October. Cleared industry users can participate in e-App testing now. 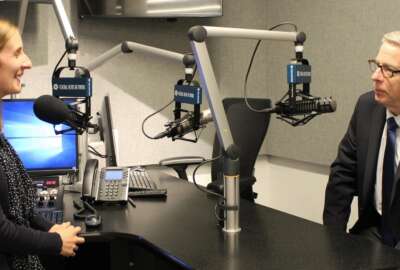