The Defense Department will have to wait at least a little longer before its lead personnel position can be filled.

Sen. Jim Inhofe (R-Okla.) asked the Senate Armed Services Committee to hold off on reporting out Brad Carson’s nomination for undersecretary of defense for personnel and readiness until some whistleblower allegations can be checked out.

“I was disappointed when complaints were brought to my attention and to the attention of other members of this committee about...

The Defense Department will have to wait at least a little longer before its lead personnel position can be filled.

Sen. Jim Inhofe (R-Okla.) asked the Senate Armed Services Committee to hold off on reporting out Brad Carson’s nomination for undersecretary of defense for personnel and readiness until some whistleblower allegations can be checked out.

Carson said he was unaware of any issues under his leadership.

“I would strenuously object to this characterization. I’ve never heard that allegation and people have many means to make those allegations at the department,” Carson said. He added that he would be happy to undergo a CCA.

Inhofe noted whistleblower accusations  can sometimes be meaningful and other times have no merit, which is why he wants the CCA.

Carson, in his position as acting principal deputy undersecretary of defense for personnel and readiness, has been at the helm of the Pentagon’s Force of the Future initiative.

Defense Secretary Ash Carter created Force of the Future to make the military a more progressive workplace and to attract talent to DoD.

Last year, the Pentagon unveiled plans to make it easier for talent to move back and forth between industry and government. Recently, DoD announced a series of personnel reforms to make military life more “family friendly” by adding more parental leave and expanding childcare services.

But, some members of the committee are skeptical over the need for the Force of the Future.

“Many of these Force of the Future proposals appear to be solutions in search of a problem,” committee Chairman John McCain (R-Ariz.) said in his opening statement. “I find it deeply disturbing that you are proposing to add expensive fringe benefits allegedly aimed at retention during a time when we are asking 3,000 excellent Army Captains to leave the service who would have otherwise chosen to remain on active duty. From my perspective this initiative has been an outrageous waste of official time and resources during a period of severe fiscal constraints. It illustrates the worst aspects of a bloated and inefficient Defense organization.”

Carson said by making the military a more progressive employer it helps DoD recruit and retain the right kind of people for the combat mission. He pointed to data by the Defense Equal Opportunity Management Institute and marketing agencies that work under DoD that stated women are leaving the military in droves because of family concerns.

Carson also said anecdotally he was aware of Army Rangers who left because the personnel bureaucracy weighed them down.

“They no longer felt they could realize what they wanted in their own lives in military service. That’s what we’re trying to change,” Carson said.

Sen. Michael Lee (R-Utah) seemed to disagree. He told Carson he hears the soldiers say they are more worried about equipment and training.

“I’ve never once heard somebody say I was going to go into the military, but I’m not going to because DoD is not the world’s most progressive employer,” Lee said. 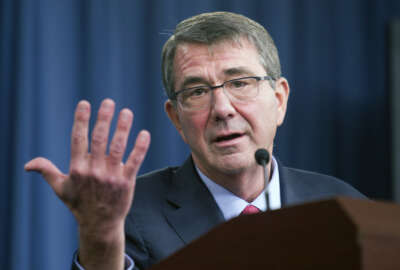