A handful of defense experts think Defense Secretary Ash Carter’s new reforms are only nibbling at the edges of real problems within the department.

But despite calls that Carter’s reforms aren’t exactly daring, experts said they are a move in the right direction.

Carter announced a series of reforms April 5, which he billed as the sequel to the Goldwater-Nichols Act that overhauled the Defense Department in the 1980s.

Among the reforms are proposals to cut the number of members on the Defense Acquisition Board (DAB), increasing the responsibilities of the Joint Chiefs of Staff and simplifying the command structure.

“The problem with most of this is it’s still tinkering,” said Dan Goure, vice president at the Lexington Institute. “Nothing in this was fundamental. [DoD is] going to cut out some reporting requirements, there’s 14 major reporting requirements for a program to get to a milestone. So we are going to reduce it to what? 12? 11? This was not bold.”

Mark Cancian, senior adviser at the Center for Strategic and International Studies, said there was an air of caution to what Carter was saying.

Carter reminded the audience it took four years for Goldwater-Nichols to come to fruition.

McCain is in a hurry to make his mark on DoD before he is possibly deposed as chairman in 2016, Cancian said.

But Bryan Clark of the Center for Strategic and Budgetary Assessments also thinks DoD needs to go further in its reforms. One of the biggest critiques of Carter’s agenda was the lack of acquisition reform.

Carter said he wants to change the DAB, which provides a senior advisory role on acquisition decisions, and he wants to reduce some paperwork requirements.

Clark said that overlooks one of the main acquisition issues in defense, which is the development of requirements for new weapons.

Clark said it takes two years of analysis to establish a set of requirements for a new program. That’s just to create the basic specifications a weapons system needs to meet. That process was created by Goldwater-Nichols.

Using that super-analytical approach for every system from an F-22 to a simple handgun can make the process lengthy and unwieldy.

“We end up with a program that is extended, delayed and costs more in the end,” Clark said.

That goes in the face of what DoD and Congress have tried to do in the past few years by streamlining the acquisition cycle to deal with fast-moving adversaries and the ever-moving target of cyber threats.

“Much more needs to be done because we need to figure out a way to get our systems in place, new technologies deployed, much, much faster,” Goure said. “All [Carter] is going to do is cut a few people out and cut a little time out.”

Jacques Gansler, professor emeritus at the University of Maryland and former DoD acquisition chief, said DoD needs to focus on driving cost and acquisition time down. He said he did not see that in Carter’s reforms. Gansler also didn’t see why Carter would want to cut the number of people on the DAB.

“Personally, I want to listen to as many voices as you can get in a DAB meeting. You want a lot of different views. You don’t just want one person’s views, otherwise you don’t hear other people’s perspectives. I’m not sure it will speed up the process,” Gansler said.

On the other hand, Goure praised the cut in the DAB.

Outside of the acquisition issues, analysts were less harsh on Carter’s ideas, but still felt there was more he could do.

One thing Carter ruled out in his speech was the idea of combining geographic combatant commands to reduce staff and redundancies.

Carter said each geographic command was too valuable to lose and redundancies could be found without changes in command structure.

Clark said he was disappointed that Cater put the kibosh on consolidation.

“If this was GM or this was Google, one of the things you would look at if you were trying to become more efficient would be to address overhead and make the organization more flat. Well, a large number of combatant commands is an example of where it’s not flat,” Clark said. “If you look at how the services are structured underneath those combatant commands, they’re usually all combined.”

So, why didn’t Carter go bold in his reforms?

Clark said part of the reason Carter may not have gone full throttle on overhaul plans is because he is wrapping up his final months in office.

“I think part of it is because he’s a lame duck,” Clark said. “And maybe one factor involved there is Congress has been working a lot on acquisition reform and Carter doesn’t want to get crosswise with [Sen. John] McCain or [Rep. Mac] Thornberry (R-Texas) on their acquisition reform efforts by going too heavy in regard to what he is proposing.”

The Armed Services Committees are expected to come out with the defense authorization bill in the next month, which will have reforms of their own.

Clark said Carter is signaling to Congress what issues are important for that bill. 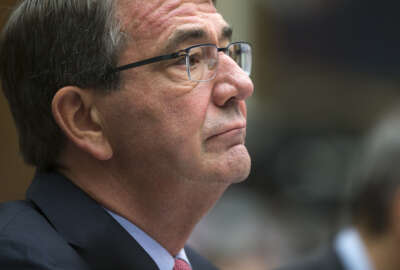 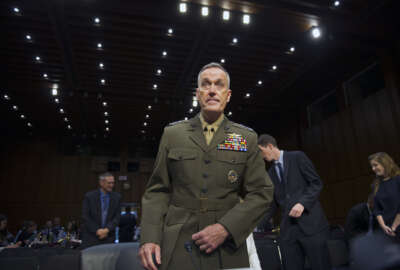 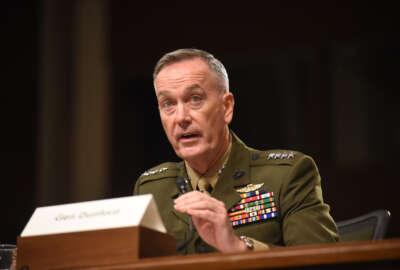