Almost 40 interest groups are appealing to Congress to nix a provision in a defense policy bill that would give the Pentagon more control over what information it wants to release to the public.

The organizations, led by the Project on Government Oversight (POGO), sent an Aug. 24 letter to the chairmen of the House and Senate Armed Services Committees asking them to reject a proposal that would curtail the Freedom of Information Act (FOIA).

The letter comes as the Defense Department Inspector General released a report earlier this month criticizing the Pentagon’s FOIA policies.

The outrage stems from a section in the 2017 defense authorization bill that would exempt information on military tactics, techniques and procedures from FOIA requests.

While the provision seems like common sense on the surface, opponents say the parameters are too broad and could have detrimental consequences to transparency.

“It’s just so incredibly broad,” POGO Policy Counsel Liz Hempowicz told Federal News Radio. “There’s no test for them to show what that standard is … a military tactic technically could be how the military his handling sexual assault cases. That could be a military technique and they could say that it’s reasonably expected to risk impairment of effective operations because it’s going to embarrass DoD if they don’t handle these correctly.”

DoD already has hundreds of exemptions from FOIA requests for instances that could compromise national security or reveal the location of troops in warzone.

The bill provision came from a 2011 Supreme Court case, which narrowed the scope of FOIA exemptions for DoD. The case made unclassified military tactics, techniques and procedures unprotected from FOIA requests, Pentagon spokesman Lt. Col. Eric Badger said in a statement.

However, Hempowicz says Congress passed a statute in the wake of the court case that closed the loophole.

The Aug. 16 DoD IG report found DoD has not updated its FOIA policies as required by the department.

The report states “that the Pentagon is really slow in implementing changes to FOIA and so they are kind of dragging their feet on implementing the amendments to FOIA from over 10 years ago. [DoD] has already proven that they are not really interested in making sure they are releasing the information that they can release,” Hempowicz said. The provision “giving them kind of a blank check to hide really record that they want, this is unclassified information … is really disconcerting considering they are already having such a hard time following the law.”

The list of organizations opposing the measure in the defense authorization bill ranges widely in ideological and topical perspectives.

Americans for Tax Reform, Human Rights Watch, the National Press Club and the American Civil Liberties Union were among the groups signing the letter.

“This is one of the broadest sign-on letters we’ve ever had here at POGO,” Hempowicz said. “It goes to show you two things about this exemption. One is that DoD houses so much information and so it touches on all these different areas, but also this can start a real slippery slope. This is on the tail-end of monumental FOIA reform and you have a huge agency like DoD asking essentially for an agency-wide carve out to the Freedom of Information Act.”

Both the House and the Senate have passed the defense authorization bill, but they much reconcile the differences between their bills before it’s voted on again and sent to the President.

Only the Senate version of the bill has the FOIA exemption in it, so senators must convince their counterparts to keep it in the final bill. 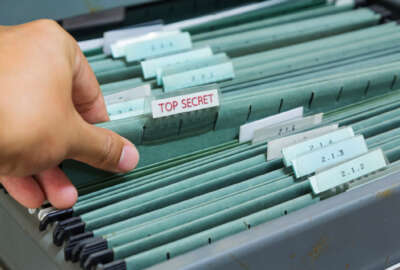