This Thursday Defense Secretary Ash Carter is going to face an unusual audience. Carter will be one of the few sitting cabinet members to face the nation on a late night television show.

The intended topic du jour for Carter in his national...

This Thursday Defense Secretary Ash Carter is going to face an unusual audience. Carter will be one of the few sitting cabinet members to face the nation on a late night television show.

The intended topic du jour for Carter in his national comedic debut will be the Defense Department’s highly touted Defense Innovation Unit Experimental (expect jokes to follow, mainly around the word “unit”). The Silicon Valley-based program has expanded rapidly in the past few months as it pairs with companies to keep the United States’ technological edge.

Carter’s late night inauguration got Federal News Radio wondering, what other sitting cabinet members have faced ridicule on national television? Luckily for you, we’ve come up with a list of some of the best.

Way back in 1963 Johnny Carson, host of The Tonight Show, had then-Interior Secretary Stewart Udall on the show. You may know Udall’s son, Tom, the Democratic senator of New Mexico. Udall appeared on the Carson show just four days before President John F. Kennedy was assassinated.

Despite the bad timing, Udall was known as an environmental pioneer. There is no readily available video of Udall’s interview, but the same year he was on Carson’s show he released a book called The Quiet Crisis, so one could assume he was promoting it. The book outlined issues with pollution and natural resources at a time when it was off most experts’ radar. Udall continued to serve under the Johnson administration and joined Carson again in 1968. One fun fact about Udall: He forced the Washington football team to integrate in 1962. Udall threatened to use executive power to evict the team from the federally-owned stadium unless it allowed black players on the team.

Between Udall and the Obama administration, there weren’t too many appearances by cabinet members on late night shows. Then- Secretary of State Colin Powell made a visit to Dave Letterman’s show. Then-Attorney General Janet Reno made a cameo on Saturday Night Live the day President George W. Bush was inaugurated.
The Obama administration understood the value of late night shows as a way of reaching out to the people and younger crowds. In 2014, Navy Secretary Ray Mabus went on the Colbert Report to do a little PR work for the Navy.

Jon Stewart was never afraid to cut to the point and find some real answers. He did just that when he had Energy Secretary Ernest Moniz on The Daily Show last year. The U.S. had just released the framework of the Iran nuclear deal and Stewart was there to get the facts. You can watch Moniz squirm to come up with a comedic answer and avoid Stewart’s question on actual repercussions for Iran breaking the deal.

Bill Maher has never been one for censoring himself and he certainly didn’t take the opportunity to do so when Labor Secretary Thomas Perez came to visit in April. Maher takes full advantage of the fact that his show airs on HBO. Perez, on the other hand, tries to stick to his role as straight man. The end result is Perez saying there is a reason Donald Trump’s name rhymes with “dump.” Perez also explains his mother taught him not to curse.

David Letterman hosted then-Army Chief of Staff Ray Odierno on his show in 2013. Some of the highlights include Odierno recalling the capture of Saddam Hussein and meeting up with his son when they were both in Iraq.

The President may only get the first 100 days as a honeymoon, but cabinet members seem to get a lot longer than that judging by this October 2009 interview with then-Department of Homeland Security Secretary Janet Napolitano. Notoriously tough Jon Stewart mostly gave Napolitano a pass, choosing to talk about vaccines and airport security. 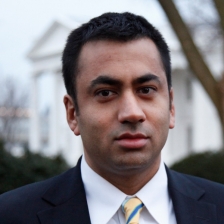 More federal employees who went on to become famous 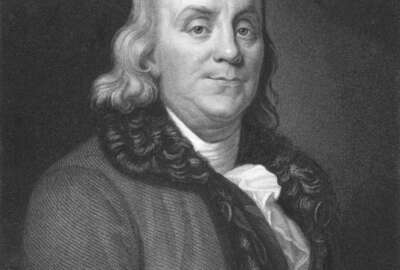 Famous employees of the US Postal Service