How Fort Myer handles thousands of service members for the inauguration

The military has assisted in presidential inaugurations since 1789 when the Army and militia escorted President George Washington to Federal Hall in New York City.

The military will support the President “along the street cordon, along Pennsylvania Avenue with 1,500 soldiers lining the streets in their ceremonial uniform. Soldiers, sailors, airmen, Marines, coast guardmen, all services, we’ll have several thousand in the parade itself leading each one of the divisions down Pennsylvania Avenue,” Becker told Federal News Radio.

Service members will support the swearing in ceremony as well.

Becker will also have a smaller number of service members supporting security. 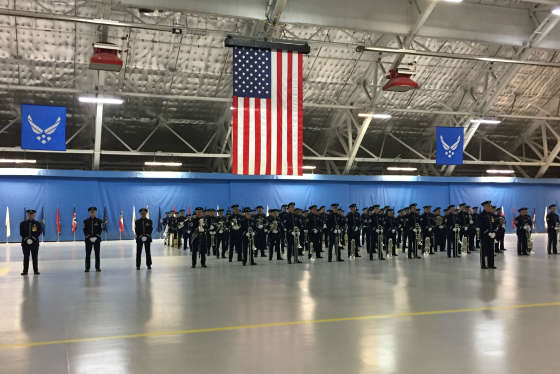 About 1,300 members of the U.S. Air Force, including members of the Air Force Band, Honor Guard, Reserve, National Guard and Academy, will participate in the 58th Inauguration Day. Some 1,000 members provide ceremonial support on site, while another 300 work off site on behind-the-scenes logistics and planning. Joint Base Andrews gave the media a preview of the role that the Air Force District of Washington will play Jan. 20.

“We provide some very unique Department of Defense capabilities to the Secret Service and the U.S. Capitol Police, in this case things like explosive ordinance disposal teams and explosive dog detection teams to help clear routes and make sure that everything is safe. No law enforcement missions, just purely on the security side,” Becker said.

Fort Myer initially started planning for the 2017 inauguration three years ago. It wasn’t until about eight months ago it started detailed planning, leaving some things out in the understanding that there were some unknown details specific to who the president-elect would be.

“We’ve been in pretty detailed planning with our interagency partners for about eight months and then since the Presidential Inauguration Committee stood up in November we’ve been in planning with them as well. And it’s a very busy time; we’ve brought in several hundred additional members of our own staff to be able to help us in that planning effort day-to-day to make sure we’re ready on Jan. 20,” Becker said.

During the election, President- elect Donald Trump’s rallies were interrupted by shouting, violence and raucous behavior.

Becker said most of the work in that realm is handled by Washington law enforcement.

“They’re well prepared for potential protests and people wanting to exercise their First Amendment rights, which that’s part of what makes this country great is the ability to go out and express your views in a peaceful manner. Our law enforcement partners are prepared for that, they’ve brought in some extra law enforcement in case that’s needed, but it doesn’t really change the overall look of the inauguration. We’re not doing anything differently in that respect,” Becker said. “For the most part, I don’t see anything drastically different.”

Fort Myer will be providing horses for the inaugural parade too.

The base is the only U.S. area that uses caissons — wagons pulled by horses for military funerals. Those horses, which are kept and cared for on base, will participate in the inauguration.

The soldiers working in the caisson unit do everything from changing horseshoes to riding the horses in ceremonies.